One-sided Reporting by the Media 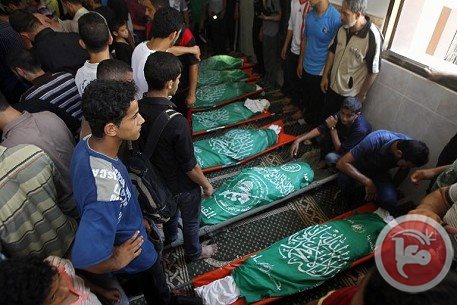 Sahir Salman Abu Namous was just four years old, soon to turn five. He was “just a kid who wanted to play and be happy”, his first cousin Diaa has said from Gaza. But Sahir wasn’t allowed to do this. Sahir was killed on Friday afternoon when an Israeli warplane bombed his family home in the Tal al-Zaatar neighborhood in northern Gaza. There is a spine-chilling and absolutely heart breaking video recording of his father as he screams in anguish to his son, begging him to wake up and play with the toys he had bought for him. Half of Sahir’s head had been blown off by shrapnel from an Israeli missile- the pictures are graphically traumatising and I find it difficult to close my eyes without them flashing through my mind.

I am eager to know why news of Sahir isn’t on every single newspaper’s front page? Had it been an Israeli child, I can guarantee the reporting of the event would have dominated headlines for weeks! It is obvious that in a media that is meant to be objective, Israeli life is worth more than that of Palestinian life. Sahir is not an isolated case- in the last 6 days of the onslaught of the Gaza strip by Israel 166 Palestinians have been murdered by Israel – 36 children,24 women and 9 elderly with more than 80% of those being murdered civilians. Family massacres are common occurrence and some of the families that have been annihilated by the onslaught include the Al-Batsh (18 family members), Hamad (8), Al-Haj (8), Kaware (4), Nawasra (4), and Ghannam (4) families. Do we realise what is happening?! Entire families, children and innocents are being slaughtered while we watch in silence? In a particularly horrific attack, Israeli warplanes on Friday night bombed a home with disablities in northern Gaza, killing two women, Suha Abu Saada, 47, and Ola Wishaa, 30. Residents of the home “were barely mobile,” neighbours told The Guardian, “spending their time in bed or in wheelchairs, and could not escape the building.”

Zionists in their defence of Israel have become so predictable that I can pre-empt their explanation for the murder of babies- Hamas uses civilians as human shields. This is factually incorrect and a fabrication. “Our sources in Gaza report that Israeli soldiers have entered and taken up positions in a number of Palestinian homes, forcing families to stay in a ground floor room while they use the rest of their house as a military base and sniper position,” said Malcolm Smart, Amnesty International’s Middle East and North Africa Program. “This clearly increases the risk to the Palestinian families concerned and means they are effectively being used as human shields.” The Goldstone report said relating to Hamas using human shields: “Mission found no evidence that Palestinian combatants mingled with the civilian population with the intention of shielding themselves from attack”. On the contrary, the Goldstone report found the following about Israeli forces conduct: “The mission found that the practice constitutes the use of human shields prohibited by international humanitarian law.” The Public Committee Against Torture in Israel, a Jerusalem-based group, filed five complaints with Israeli authorities on incidents of human shielding. The evidence would point to the fact that the resistance in Gaza is not using human shields, instead, it is Israel who is guilty once again.

The silence of world leaders is deafening. Fox News and ABC are showing pictures of destroyed Gaza homes and claiming them to be Israeli. Mainstream media is silent as a despicable violation of human rights is taking place. I implore your newspaper to report the facts, and be on the correct side of justice.