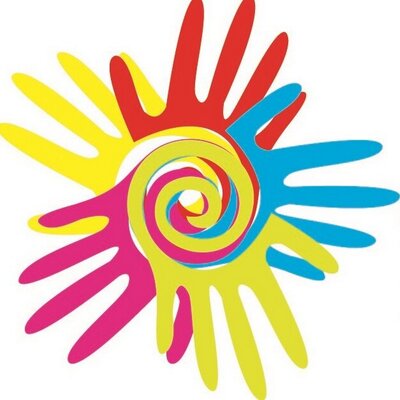 Along with lending a hand to the poor in Marikana, and highlighting the importance of education, the Ahmed Kathrada Foundation will protest for Palestine on Mandela Day.

Struggle stalwarts and former Robben Island prisoners have called for 67 minutes to be dedicated to Palestine on Nelson Mandela Day, which will be marked on Friday.

Ahmed Kathrada and Laloo ‘Isu’ Chiba, who were imprisoned for 27 and 18 years respectively, are both long time comrades of former President Nelson Mandela, with whom they served their sentences. Shirish Nanabhai spent ten years in the communal cells of Robben Island.

The three veterans, as part of their Mandela Day activities, will participate in a protest organised by several organisations outside the Israeli Trade Office in Sandton. This follows widespread condemnation of Israel’s most recent attack on Gaza that has left over 200 people dead.

Kathrada, who has been outspoken about his support for the Palestinian cause, explained, “It is important to remember what Mandela said about Palestine. In one sentence, one can quote him when he said, we in South Africa cannot be free until Palestine is free.”

Chiba expressed his horror at the images coming out of Gaza of “children being hammered and smashed to pieces”. “We have no alternative but to condemn Israel for its attack on unprotected civilians,” he stated.

Nanabhai elaborated that while ordinary people across the globe had come out in their numbers to show their support against Israeli aggression, it was necessary that more was done.  “We want governments around the world, including our own, as well as ordinary people to isolate apartheid Israel, just as apartheid South Africa was isolated.”

Assisting the needy in Marikana

Members of the Ahmed Kathrada Foundation Youth Leadership Programme will be distributing books, blankets, clothes and food to the impoverished in the mining town of Marikana.

Since the weekend of June 28-29, young leaders have been actively collecting items from various neighbourhoods in Gauteng, which they will be distributing on July 18.

The distribution will be done in conjunction with the aid organisation Gift of the Givers.

The Foundation’s Youth Coordinator, Busisiwe Nkosi, said that the aim of the project was to get young people to understand what it means to live in poverty, and to see the importance of its alleviation. “The ability to identify with the poor is a necessary quality of leadership, which Madiba always displayed. Ahmed Kathrada has also called on people to do something that will positively affect the lives of poor people. In light of this, we felt it important to instil this quality in our youth on Mandela Day.”

On the morning of Mandela Day, Kathrada will be speaking at the South African Mint Company as it launches its second release of the Protea Coin Set dedicated to the life and times of Madiba.

The second release in the Life of a Legend series pays homage to the former President’s great belief in – and dedication to life-long learning.

The 2014 three-coin release shows scenes from the early days of Mandela’s school years as well as a proud moment from his further education.

Kathrada has himself always lauded the former president’s commitment to learning, frequently speaking about the formal and informal education on Robben Island.

“By participating in Mandela Day, the whole idea is to carry the message to the youth about Mandela’s legacy. The most important thing to remember is Mandela’s commitment to education. When we were in prison and one of his grandchildren came to visit and she had not registered to study, he said, ‘I will not allow you to come to visit me again unless you’re registered to study.’”

Chiba also highlighted Mandela’s love for education. “When we ended up on Robben Island, Madiba stressed the importance of education to us. I completed my matric at the age of 34 while I was in prison,” he said.

Education was also the focus at the launch of the Nelson Mandela Foundation’s Mandela Day activities a few days ago in conjunction with the Gauteng Department of Education (GDE), where Kathrada joined in the handing out of books to pupils.

Issued by the Ahmed Kathrada Foundation