Irony of Tearing Pages: “Why Israel?” and MRN’s Advocacy Role 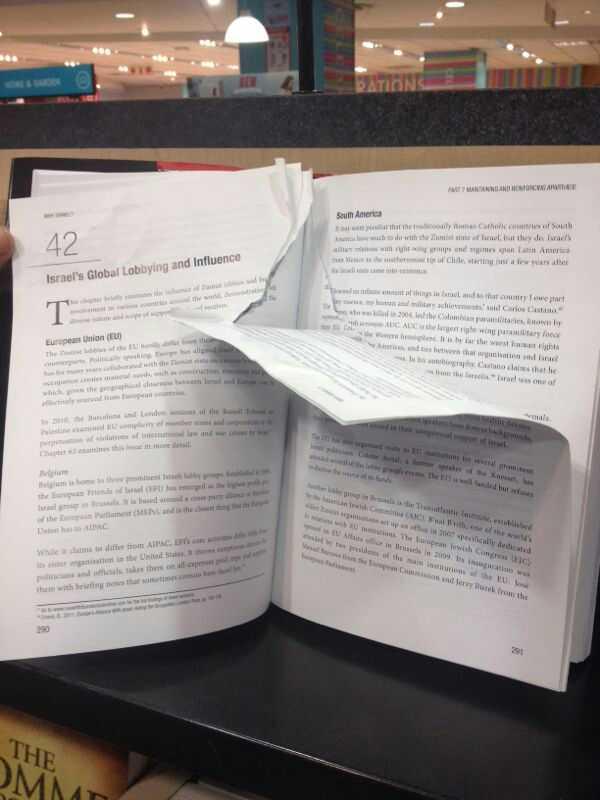 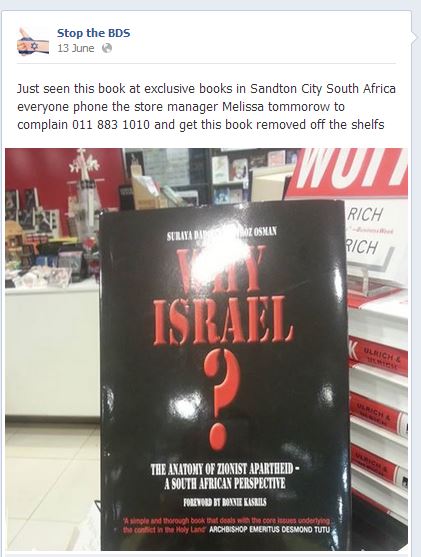 Advocacy for justice and human rights defines the role of a multitude of social movements across the world.

It has purpose and follows rigorous process in addition to creating networks and sustainable partnerships sharing common goals.

Methods may differ amongst various formations which constitute a vibrant kaleidoscope of organisations, while the theme under which they agitate retains a common bond.

As an advocacy ngo, the Media Review Network or MRN as its known in South Africa and in some regions of the world, shares and embodies these noble interests.

As a forerunner in the arena of contesting Islamophobia, the MRN has made and continues to make a unique contribution.

Side by side with the challenge of unpacking an understanding of contemporary origins of Islamophobia, the MRN has positioned Israel at the core of it.

A key architect of this modern day phenomenon that conflates resistance to its apartheid policies with Islamophobia is Benjamin Netanyahu.

Research undertaken by MRN spanning a decade or more, provides conclusive evidence that Israel’s role as an active initiator and perpetrator of deceptive propaganda has been instrumental in the  unleashing of many brutal campaigns targeting Muslims.

Whether its the “War on Terror” by America and NATO allies or the banning of hijabs and minarets in Europe, Israel’s highly resourced Islamophobia industry is its political base.

Challenging and creating public debates on the twin evils of Apartheid Israel and Islamophobia has attracted immense hostility from South Africa’s pro-Israel lobbyists.

From being described as their “nemesis” to regularly being subjected to a chorus of rhetorical slander such as being “antisemites” and “holocaust deniers”, the MRN has remained dedicated to its advocacy and networking goals.

An important component in advancing it’s mission has been commissioning academic studies.

One such significant accomplishment has been the publication of “Apartheid Israel” in partnership with British publisher Zed Books.

MRN’s alliance with Davis predates the publication and 9/11. He was invited to South Africa as guest of MRN during the 2001 Racism Conference in Durban and not surprisingly played a central role in developing crucial outcomes that placed international spotlight back on the “Zionism is Racism” debate. 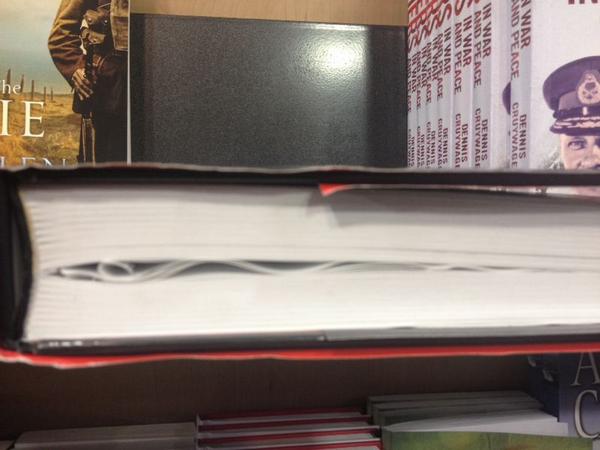 During the 2002 Sustainable Development Conference held in Johannesburg, Davis yet again played a pivotal role alongside social movements in leading protest marches and articulating aspirations of the world’s marginalised.

A number of crucial Davis-inspired debates entered public space and amongst them two stand out: the deceipt of the Jewish National Fund and the need for strident opposition to the colonial settler regime.

Remarkably yet not without surprise,  persons with struggle pedigrees such as Ronnie Kasrils were immediately attracted to Uri Davis’ profound arguments that being Jewish or Israeli doesn’t bar you from acknowledging and 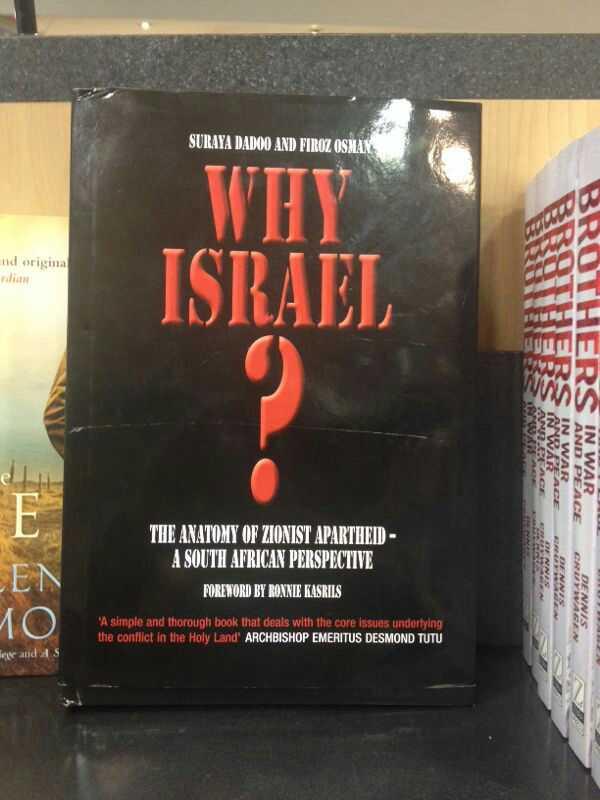 This moment marked an era which commenced the emergence of Jewish voices led by Kasrils, who at the time was a senior Minister in Nelson Mandela’s cabinet, to demand “Not In My Name”.

For the first time in the annals of Jewish support for Israel, South Africa witnessed major cracks in the dominant pro-Israel lobby that hitherto monopolised Jewish voices as representative of unconditional supporters of the zionist project. 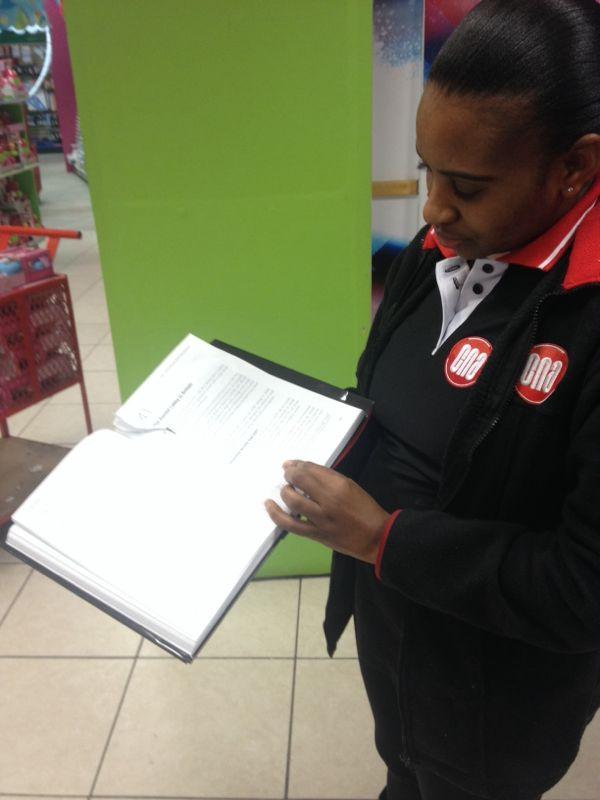 Its a detailed and comprehensive book dealing with MRN’s twin concerns: Islamophobia and Israel.

Judging from the many rave reviews by historians, academics, human rights activists, media, including Palestinian voices, this publication has been a crucial component in mobilising public opinion critical of Israel’s racist ideology.

As Israel keeps pounding Gaza with bombs and missiles extracting huge civilian death tolls, South Africans of all stripes have taken to the streets to protest their outrage against the savagery of Netanyahu’s war crimes.

Indeed in what has been described as the country’s largest mass protest since the dawn of democracy twenty years ago, Cape Town was brought to a standstill as 200000 and more demanded an end to Israel’s bloody massacres.

MRN is a component of the new grassroots formation embracing close to fifty organisations from churches to trade unions and  known as “National Coalition For Palestine”.

The sudden rush to gain insight on Palestine has been characterised by a spike in demand for “Why Israel”.

In addition highy respected Israeli authors and historians have made a huge impact on people’s ability to understand that the canard of “antisemitism” is no more than a decoy used to discourage pro-Palestinian activism.

Two such remarkable individuals who graced the shores of South Africa have been author of “The General’s Son” Miko Peled and author of “Ethnic Cleansing of Palestine” Ilan Pappe.

Suddenly a renewed energy to embrace Palestine’s freedom struggle by embarking on a full fledged campaign to adopt Boycott, Divestment and Sanctions, BDS, as an empowering tool is evident throughout the country.

which include a dynamic young leadership headed by Zaakir Ahmed Mayet and Aayesha Soni, complemented by research structures headed by veteran scholar Ibrahim Vawda, and the powerful wide network of activists positions it strategically.

Recent reports that “Why Israel”, which incidentally is marketed via all leading bookstores, was found mutilated with pages torn in a CNA store at the Sandton branch, is ironically testament of MRN’s effective advocacy and the hatred it arouses amongst intolerant zionist zealots.

Why Israel? Hardcover copies are available in South Africa