Why must Muslims answer? 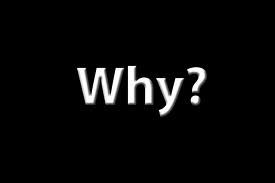 It is exasperating that Muslims are called upon to comment or condemn an individual or  organization with a “Muslim” name or “Islam” appended to it, commits a despicable crime.

The latest call was made with the heinous beheading of the photojournalist James Foley, ostensibly circulated by ISIS, in a video clip that went viral on YouTube.

Pressure was mounted on Muslims as individuals and Muslim organizations to distance themselves from this crime. The question is: why should Muslims take ownership of an act that violates the very tenets of their religion?

And yet, if Muslims remain silent it will be exploited as being complicit with groups perpetrating the crime, or to be viewed as apologetic and guilty if they speak out, or if they do speak out, they are not loud enough.

Muslims are no more responsible for the actions of ISIS than South African Jews are for Israeli war-crimes, unless of course, they support the vile crimes and hold rallies in support of Israel. No rabbi nor any of the Israeli affiliates such as the SA Jewish Board of Deputies or SA Zionist Federation were asked to apologize for the Israeli bombs that killed hundreds of children in Gaza. This is despite the fact that SA Jews  have been charged for violating SA law to  fight in the Israeli Defense Force (IDF).

SA Jews from organizations such as Not In My Name, Stop the JNF and Jewish Voices for Peace have protested against the support shown by SAZF for the murderous rampage by Israel against the Palestinians. These groups are often maligned by the SAJBOD and the SAZF as being marginal and unrepresentative of mainstream Jewish opinion. They have not had the courage to criticize Israel for their crimes against humanity.

The claim that SA Muslims are being allegedly lured to fight for renegade groups disparages their ability to discern and select organizations fighting for a just cause. This is evident for the overwhelming support shown for the Palestinian resistance movements , not only by Muslims, but by all South Africans involved in the struggle to free SA from the yoke of Apartheid. There will always be misguided individuals tempted to display false heroism.

Every so often Islamophobes in SA emerge from their woodwork to accuse Muslims for aiding, abetting or sheltering so-called “terrorists” from other parts of the world. De Wet Potgieter  made such an accusation published in the Daily Maverick, and when he failed to respond to the challenge to produce credible evidence for these allegations, he was fired.

As a British writer noted, demanding that Muslims condemn ISIS is xenophobic because it implies that they are sympathetic to the terrorist group unless they state otherwise. It implies all Muslims are responsible for the actions of terrorists. And there’s a double-standard because other minorities aren’t held to the same standard.

It is worth noting that most of the victims, and most of those fighting ISIS daily, are Muslims, not Yazidis or Christians. In other words, Muslims are being criticized for not condemning a group that is mostly killing Muslims.

The media must be careful not to willfully broadcast sensational claims  without investigating the source of information, lest it feeds into this Islamophobic frenzy and vilifies an entire community