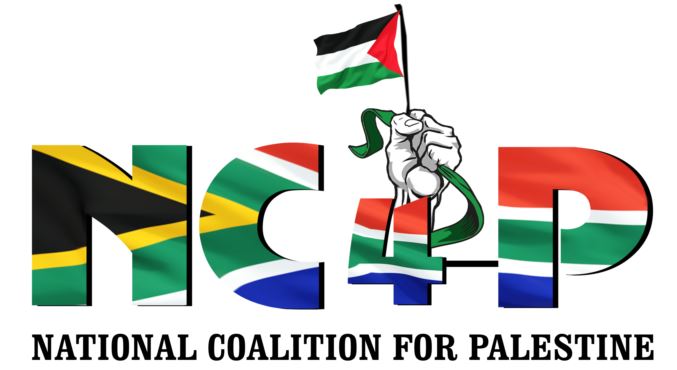 They came from all corners  of South Africa to show their solidarity with Occupied Palestine. Over 100 000 people took to the streets of Cape Town on South Africa’s Women’s Day on Saturday morning  – 9 August 2014 –  and brought the city to a complete standstill. All ages, creeds, civil organizations, trade unions, youth groups, religious and political leaders, along with our Jewish comrades, marched to express their disgust and condemnation at the massacring by Zionist Israeli forces of an innocent, defenceless people languishing in Gaza –  the largest open air prison in the world.

The organisers of the event, the National Coalition for Palestine (NC4P) thanks and salutes the over a hundred thousand people that came out in support of the national Palestine solidarity protest march demanding decisive action from the South African government against ongoing Israeli attacks on Gaza and Israel’s ongoing violations of international law – human rights violations that include daily violent abuse, settlement construction and continued evictions and takeover of Palestinian land, imprisonment of Palestinian political prisoners, discrimination against indigenous Palestinians amongst other abuses.

People of all ages and religions came from across the country – from Port Elizabeth to Nelspruit, Kwa Dukuza, Durban, Port Shepstone, Newcastle, Polokwane, Mokopane and various other towns and cities.

The National Coalition for Palestine (NC4P) consists of 50 organisations and groups including religious bodies of various denominations, trade unions, community organisations and political parties, demanded that the South African government cut all political and economic ties with Zionist Israel. In addition, the call to boycott Woolworths and G4S was officially announced. The fact that the march was recorded as the biggest march Cape Town and South Africa has ever witnessed, illustrates the widespread support by South Africans of the Palestinian struggle for liberation from Israel’s colonial occupation of their land. This show of solidarity is in line with Nelson Mandela’s remark that South Africa will never be free until Palestine has been liberated.

Issued by the National Coalition for Palestine (NC4P). For more information on NC4P affiliate organisations,  the petition to the SA government, and a list of NC4P demands, visit www.NC4P.coza

For media statements and interviews: