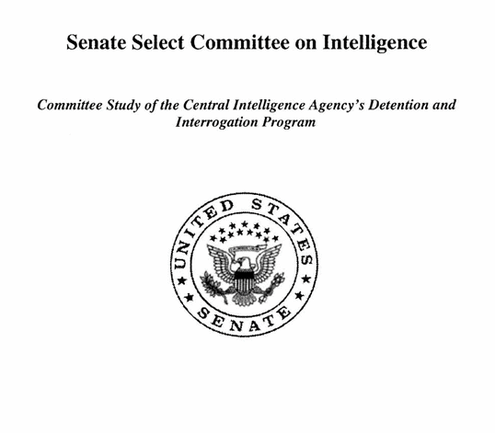 Finally, shocking revelations about America’s savagery in the inhumane treatment of detainees held at various so-called “black sites” have emerged.

A Senate Intelligence Committee report on interrogation tactics used by the CIA after 9/11 has confirmed the fears and suspicion of many about America’s reprehensible conduct.

Ice baths, wall-slamming, waterboarding and a host of deplorable torture methods have become synonymous with the equally outrageous “War on Terror”, which became the framework of US policy under the George W Bush administration.

As the 500 page summary of the exhaustive classified report is grabbing world headlines, so too are calls for the prosecution of the architects of the horrendous torture methods.

Social media is aflutter with explosive accounts of America’s betrayal of human rights values and the manipulation of public opinion through deliberate lies and a concoction of misleading “facts”.

Known in shorthand as the “CIA Torture Report”, the full finding of CIA operations authorised by a cabal of neocon thugs with strong pro Israel leanings and decidedly anti Islamic, is far worse than what many suspected.

The Media Review Network, while welcoming these disclosures, is appalled that such brutal techniques of interrogation have not only violated human rights but also severely infringed the dignity of countless innocent people.

We urge authorities in all the countries where ever “black sites” existed and continue to this day providing torture facilities to the US and its allies to immediately shut down the operations and bring perpetrators to book.

As our record shows, the Media Review Network has consistently opposed America’s “War on Terror” as well as notorious legislation flowing therefrom which unfairly and unjustly persecute people deemed to be “terrorists”.

We therefore call on the Obama administration to urgently release all detainees held at Guantanamo Bay and further to bring a halt to its military activities including the suspension of drone warfare.

Media Review Network believes that the “War on Terror” is illegitimate, immoral, Islamophobic and an affront to civilised values and given the litany of horrors associated with it as revealed by the Senate Intelligence Committee, should be halted without delay.

We also hold the view that the International Criminal Court has no excuse not to prosecute war criminals including former heads of governments such as George W Bush, Tony Blair and their respective accomplices.

We believe that all the victims of American engineered violence and their families who have suffered as a result of the “War on Terror” and the CIA Torture Campaigns must be adequately compensated without delay.

Until justice is seen to be done and perpetrators of these crimes against humanity are punished, we will remain skeptical of America’s intent to redress issues emanating from the Senate report.