On Palestinians’ Loss from the Paris Attacks by Samah Jabr 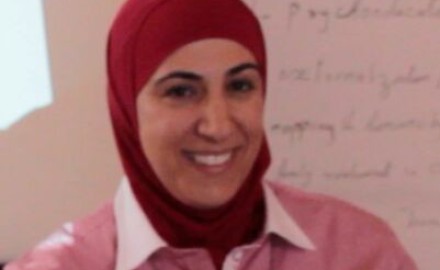 The dreadful killings at the Parisian magazine Charlie Hebdo is a multiple crime. The direct victims were the people killed on site, but the effects go beyond those targeted by the attackers to bounce back on the Muslim, Arab and African communities in France in particular and in Europe in general. It even reaches us here in occupied Palestine.

As usual, conclusions about the motivation behind the Paris attacks were drawn based upon “evidence” provided by media and press publications, without opportunity for a hearing or the presentation of legal evidence.

The simplistic side-taking expressed by the widespread statement, “Je suis Charlie”–adopted by many so-called Arab “intellectuals” and “educated francophones”–leaves little room for complex questions such as: Why is it funny to ridicule Muslims when the jokes of the French comedian Dieudonne’ and the cartoonist Maurice Sine are banned as “anti-Semitic?” If the Paris attack is all about French freedom of expression, what about the French military operations in Male and Libya or its support of fighting in Syria? Why don’t we experience “Islamic terrorism” in Japan or in Latin America? Who reaps the fruits of these attacks? Could there be an alternative story for the official version narrated by the media? Why must Muslims be apologetic for acts of “terrorism” when most of the victims of terrorism are from the Muslim world? Why isn’t the Quranic teaching, “And be patient over what they say and avoid them with gracious avoidance,” Al Muzzamil verse 10, enough to absolve us from responsibility for individual acts of individual psychopaths who claim to carry the flag of Islam?

United in the march!

In response, however, there was a massive demonstration in Paris led by leaders of oppressive regimes around the world–themselves responsible for many human rights violations including torture and state terror. These leaders sought to take sides in an unsophisticated dichotomy between “barbarism versus civilization” and to proclaim support for “freedom of expression.” But the leaders from our part of the world trample our humanity when they march with the French and yet repeatedly fail to march on behalf of lives lost at the hands of terrorism and oppression in our world. A few hours before the attack in Paris, a blast in Sanaa left 40 dead and 70 injured among young men queuing to enroll at a police academy in the Yemini capital; this event went unnoticed in local and international media–not to mention the recognized and covert killing which occurs daily in many parts of the Arab and Muslim world. Our leaders didn’t march against the war on Gaza, against the massive killing of demonstrators in Rabaa/ Cairo, or against the use of chemical weapons on children in Syria; they don’t march or protest the killing, injustice, or oppression committed against their own people–instead, they either tacitly permit or are directly responsible for many of them.

How ironic that in the face of a French matter of internal security, the Palestinian and Israeli presidents were united in their march!

While President Abbas was marching against terrorism in Paris, there were deaths in Gaza due to the snow storm that hit a region still left unprotected by the damage brought by Israel’s war this past summer. Abbas’ travels to express his sympathy with French victims makes Palestinians at home wonder about his aloofness towards Gazans and his sluggishness in supporting the victims of Israel’s assault–people still without homes, fuel, or income to face simultaneously the biting winter weather and the unreconstructed losses of war.

On the 2nd of December, 2014, French legislators approved in a vote of 339 to 151 a non-binding, symbolic resolution asking their government to recognize the state of Palestine, an event taking place amidst a growing support in Europe to speed up efforts to resolve this chronic conflict peacefully. By the end of December, France as a veto-wielding member of the United Nations Security Council, backed the (failed) bid in the Security Council to demand an end to the Israeli occupation by 2017. France and other European countries have leveled criticisms at settlement expansion in the West Bank and threatened sanctions against it. And in addition, before the Paris attack, the General Court of the European Union in Luxembourg accepted the petition to remove Hamas, a Palestinian national liberation movement, from the European Union’s list of terrorist organizations; the decision will be appealed by the EU soon. All of these events drew official condemnation and public resentment in Israel, aimed at Europe and especially at France.

Israel is reaping the fruits

In the wake of the Paris attacks, which also included an attack on a kosher supermarket which left four Jewish men dead (fifteen others were saved by a Muslim man), not only did  Israeli officials make arbitrary comparisons between Palestinian resistance and the crime in Paris, but also tried to spin the event to generate support for the occupation and to counteract Europe’s increasing criticism of settlements. The president of Israel extended an invitation to France’s Jews to move to Israel: “To all the Jews of France, all the Jews of Europe, I would like to say that Israel is not just the place in whose direction you pray, the state of Israel is your home.” The Israeli foreign minister Avigdor Liberman said at the Jewish Agency Aliya Salon in Paris, “The most important message for French Jews is: immigrate to Israel. If you a looking for security and a safer future for your children, there is no other alternative.” Israeli housing minister Uri Ariel has instructed authorities to explore ways to expand existing West Bank settlements to make room for a potential wave of French immigrants. Zionism and anti-Semitism have always worked together closely to accomplish the occupation of Palestine.

The spiral of violence

As we face this spiral of violence, we must cling to the applicability of human rights to all human beings and fight against the realities and the discourse that favors some human beings over others–granting to some colonial privileges, multiple citizenships, the right to immigrate, and the right to occupy the lands and resources of others while making those others into stateless sub-humans, citizens of nowhere, to whom human rights do not apply. These are the realities and the discourse that create the spiral of violence and threatens peace throughout the world.

Samah Jabr is a Palestinian psychiatrist who cares about the well being of her people beyond issues of mental illness. She finished her training in psychiatry in France.