Its the Occupation stupid, not Iran 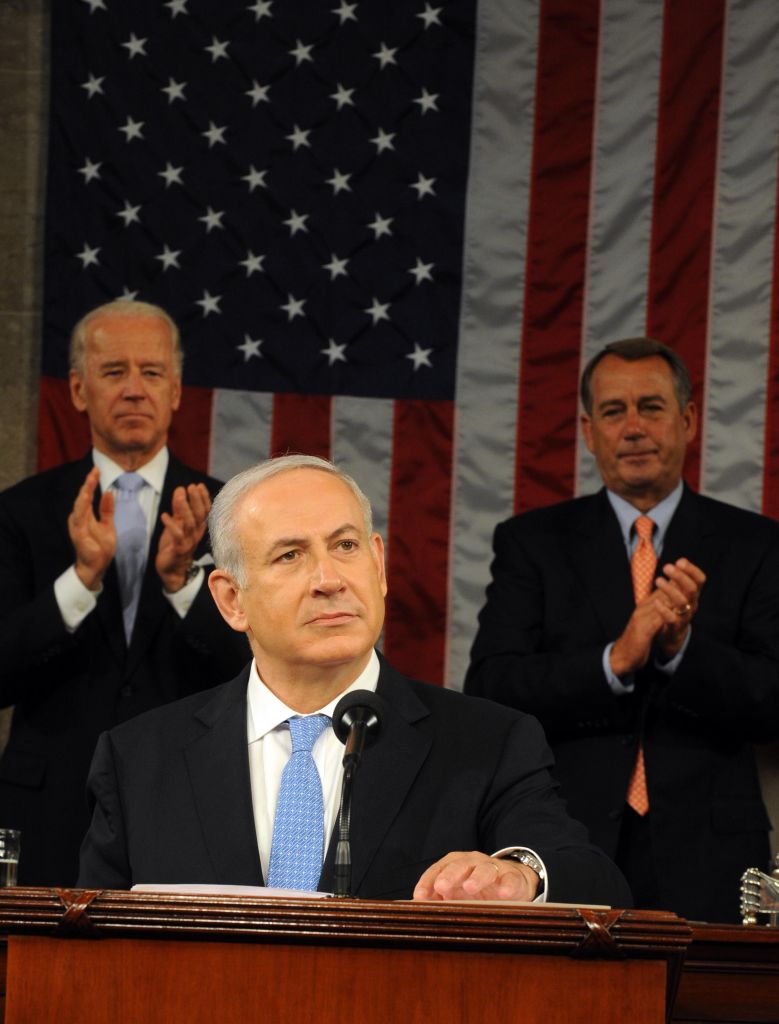 Citing Iran as an existential threat is to don a mask which conceals what many Israelis perceive to be the real danger arising from internal Israeli policies that Netanyahu refuses to acknowledge.

Now that all the hype is over following his controversial grandstanding at a joint sitting of Congress in the United States, the content of Netanyahu’s speech can be analysed without much effort.

True to form and in keeping with his reputation as a leading Islamophobe, he revelled in spewing hatred of Iran and Islam, even though he tried to frame it as “militant Islam”.

The euphemism applied is a devious tool to divide Islam and its adherents in a variety of camps under the theme of “Good Muslim, Bad Muslim”.

Iran thus is projected by Netanyahu as a danger to its existence primarily because the Islamic Republic is…well, Islamic.

Its a position adopted by successive Israeli leaders since the ouster of the Shah of Iran during the 1979 Islamic Revolution, which dramatically altered the hitherto skewed balance of power.

A number of radical changes signaled that relations between the West and Iran under the leadership of Imam Khomeini were going to face turbulence.

These changes impacted directly on South Africa and Israel as a consequence of Iran’s severance of diplomatic ties with both. Instead, Iran directed its foreign policy in support of freedom struggles against apartheid South Africa and colonial settler regime Israel.

Battle lines were drawn the moment it became clear that revolutionary changes will result in huge losses for Israel.

While Netanyahu has been crying wolf by warning that an atomic Iran would threaten not only Israel but the entire world, his real agenda is regime change via hook or crook.

This position is not entirely hidden and in fact shared by many of America’s political elite.

The problem however for Netanyahu is that by banging on about “nuclear weapons” in the hands of “medieval clerics who sponsor terrorism”, he created a fixation on Iran’s nuclear programme.

It is thus around this core issue Secretary of State John Kerry and his counterparts are engaged in Switzerland with Iranian officials to complete a framework accord.

So if a weapons programme is merely a red herring, why would Netanyahu risk his political future and jeopardise relations between Israel and America?

A simple answer may be that he is just plain dumb. While many will agree with this and back it up by citing examples of his stupidity, it would be unfair to overlook another trait: selfishness!

Mortgage Israel’s future and risk ties with a powerful ally to boost his chances to be reelected to a fourth term.

Despite his own intelligence structures disproving his false allegations, Netanyahu adamantly pushes on to contest and discredit the American presidency in Obama’s own turf.

This may wash with a neoconservative political elite who have a history of meddling in the internal affairs of sovereign states. In fact they care less whether such meddling is accompanied by full fledged wars of occupation.

However what their loud cheers and enthusiastic applause didn’t drown out is the reality of deception undertaken by Netanyahu.
This is aptly articulated in a timely editorial in Israel’s Haaretz.
It categorically and emphatically positions the unending occupation of the territories as the real existential threat facing Israel.

“Israel’s insistence on ruling over millions of Palestinians in the West Bank who lack civil rights, expanding the settlements and keeping residents of the Gaza Strip under siege is the danger that threatens its future.”

Will he take heed or will he bask in the glory of stardom as a modern day Churchill?