THE DUPLICITY AND FAILURE OF THE WAR ON TERROR 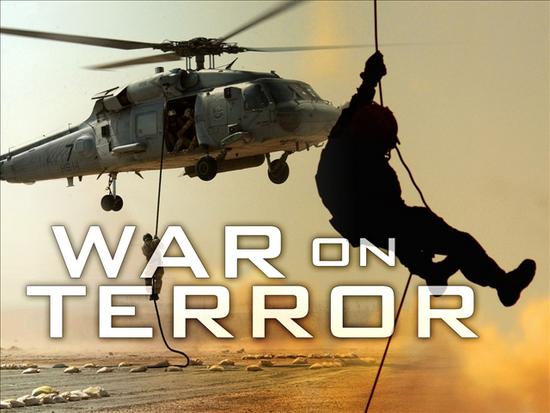 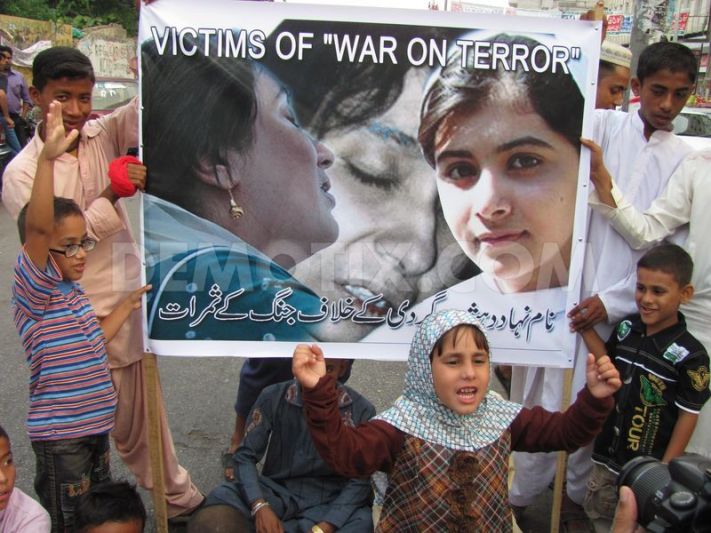 Omar Ahmed Khadr is only one of the millions of victims of the ‘War on Terror’. Detained at the age of fifteen without charge, the now twenty seven year old Canadian citizen- who had spent time in the infamous Guantanamo Bay, was recently released on bail. Khadr’s detention as a minor included interrogation and carried through into his adulthood. Subsequently, Khadr has filed a CAN$20,000,000 civil lawsuit against the government of Canada for conspiring with the US in abusing his basic human rights.

On September 16, 2001, George W. Bush referred to the war in Afghanistan as a Crusade: “This crusade, this war on terrorism is going to take a while” From the Bush era until the current Obama administration, what we have witnessed in this century is an abolition of every moral and ethical discourse the West has ever claimed to abide by.

Most people are aware of the detention camps Guantanamo Bay and Abhu Ghraib. Gitmo is infamous, having been described by a former guard as follows:

“Guantanamo is the same as the internment camps for Japanese-Americans during the Second World War in the way it deprives innocent people of their freedom. In America, we don’t learn from our history”.

What most people may not know, however, is that both incarceration facilities are filled with detainees who are followers of only one religion.  And that is Islam. In its quest to eliminate terror, defined singularly by one religion, the US has led a global rampage that every democracy-loving individual should be ashamed of. The emergence of ground-breaking discoveries, such as the 6000 page Senate Intelligence Committee Report on CIA Torture, we have been enlightened to the exact extent of one of the greatest disgraces of our time.

Joseph Hickman writes in his explosive revealing book Murder at Camp Delta that CIA operatives murdered three prisoners in a secret camp inside Guantanamo on the night of June 9th 2006. Hickman reveals a pattern of secret experimentation in Guantanamo, with prisoners held to practice new ways of torture. One example was the use of extremely heavy doses of the anti-malarial drug Mefloquine on prisoners, which can cause psychotic effects. On critical analysis of these events it emerges that these exercises went beyond torture, they constituted human experimentation.

The Senate torture report also contains admissions to torture by the US. These torture techniques were not limited to any single person or isolated incidents, but rather implemented on a broad and general scale. Whether the detainees had faced charges, or had legal representation, or alternatively were not guilty of anything, torture was already the pre-sentence.

“They include Abu Hudhaifa, who was subjected to ice water baths and 66 hours of standing sleep deprivation before being released because the CIA discovered he was likely not the person he was believed to be…”;

“…Muhammad Khan, who was among detainees about whom the CIA acknowledged knowing “very little”…”;

“…seven individuals… who were detained based on claims that were “thin but cannot be ignored””;

and “Bismillah, who was mistakenly arrested and later released and told not to speak about his experience”.

These form part of the documented narratives where innocent individuals, based solely on their religion, were robbed of all freedoms the US claims to champion.

The torture and rape techniques that have emerged show the futile behavior carried out in these illegal detention centers were all for nothing: all to extract forced, unreliable confessions which would be inadmissible in a court of law and in a court of common sense. The only inference to be drawn from this is that there were more sinister motives for the torture: human experimentation and more probably to obtain evidence to justify wars.

Apart from extra-ordinary rendition and detentions with no due process, the USA has now justified the extra judicial assassination of Muslim civilians who have been accused but not tried on the basis of suspicion and a disposition matrix. Prime example of this- Anwar al Awlaki and his 16 year old son, who were assassinated by targeted drones in Yemen. In Crimes Against Humanity; the struggle for global justice, Geoffrey Robertson QC asserts that the killing of Awlaki violates the 5th Amendment of the USA Constitution which entitles a citizen or his family to know whether he is on a death list and to apply to have himself taken off such a list.

Perhaps the most stark and disturbing reality from all of this is that the majority of people see nothing wrong in what is happening. The general population are not the only victims of manipulation, and we have seen laws distorted to justify Muslim human rights being of sub-optimal importance. The Bush administration justified its acts by redefining torture. With the help of their attorneys, Jay Bybee Assistant Attorney General, for an act to constitute torture it must lead to serious physical injury such as organ failure or impairment of bodily functions or disfigurement or death or must be of serious psychological harm of significant duration lasting months or years. Essentially, we have been witness of the legal justification of imprisonment and torture without charges or trial on a mass scale.

Omar Khadr has lost 15 years of his life imprisoned behind bars, just one of the thousands of people who have lost more than just time in their lives. It is crucial that the crimes of the US be recognised for what they are, and the leaders responsible for initiating and carrying through one of the greatest blotches on our consciences of the 21st century be brought to trial for their misdeeds.

· While Guantanamo Bay and Abu Ghraib prison are most widely known, there are many more black sites maintained by the USA and its proxies. By December 2002, more than 3 000 people were picked up and interrogated at black sites in more than 100 countries. The European Court of Human Rights (ECHR) confirmed its landmark ruling that Poland illegally allowed the CIA to operate a secret torture prison on its territory in 2002 and 2003.

·  Maryland-educated Majid Khan, an ex-gitmo detainee, has only recently revealed the true extent of sexual torture carried out at the camp. In his testimonies, grueling accounts of being hung naked on poles while being doused in ice cold water, touched inappropriately, threatened by drunken guards with a hammer, baseball bats, sticks and leather belts and physical genital abuse has emerged.

·  For any operation to be coordinated at such a high level of order and be approved, it should be appreciated that the cost implications will be tremendous. The “War on Terror” has been no different, with the US incurring the following ridiculous expenses in its modern day crusade: “… Congress has approved appropriations for the past 13 years of war that total $1.6 trillion for military operations, base support, weapons maintenance, training of Afghan and Iraq security forces, reconstruction, foreign aid, embassy costs, and veterans’ health care for the war operations initiated since the 9/11 attacks..”

·  The Washington DC-based Physicians for Social Responsibility (PRS) released a landmark study this year concluding that the death toll from 10 years of the “War on Terror” since the 9/11 attacks is at least 1.3 million, and could be as high as 2 million.