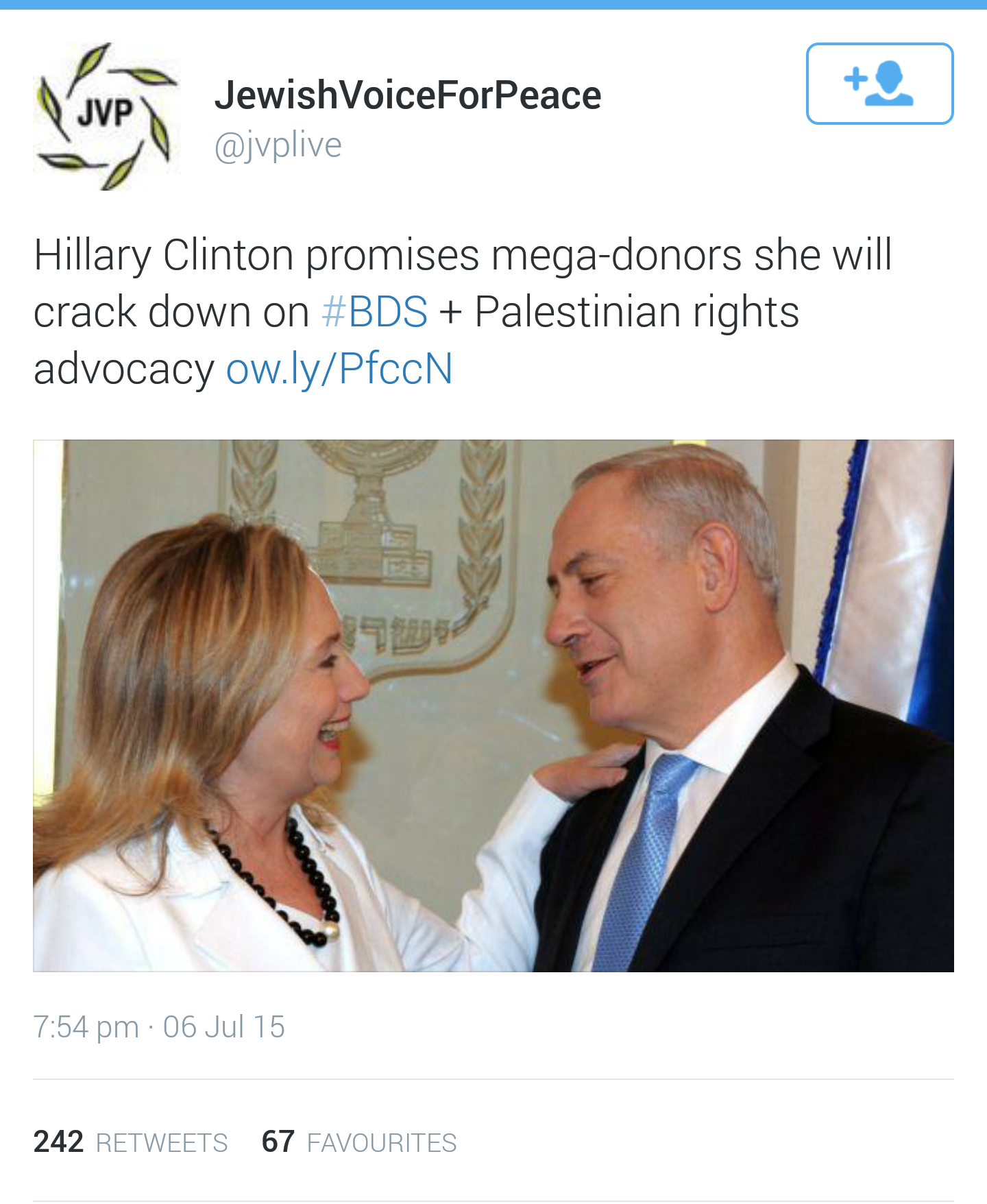 Former Secretary of State and U.S. Presidential candidate for the 2016 elections, Hillary Clinton, called for bipartisan support to counter the BDS campaign.

The boycott, divestment, and sanctions (BDS) campaign is a global movement meant to pressure Israel, until it complies with International Laws and Universal Principles of Human Rights. The call was made in 2005 by over 170 groups of Palestinian Civil Society urging the international community to adhere to the call.

In a letter addressed to Haim Saban, a democratic donor and Jewish organizations leader, Clinton addressed her concerns that the BDS campaign gaining traction.

In this letter, she links anti-Zionism with anti-semitism, and makes futile attempts to try and separate Israel and the South African Apartheid. 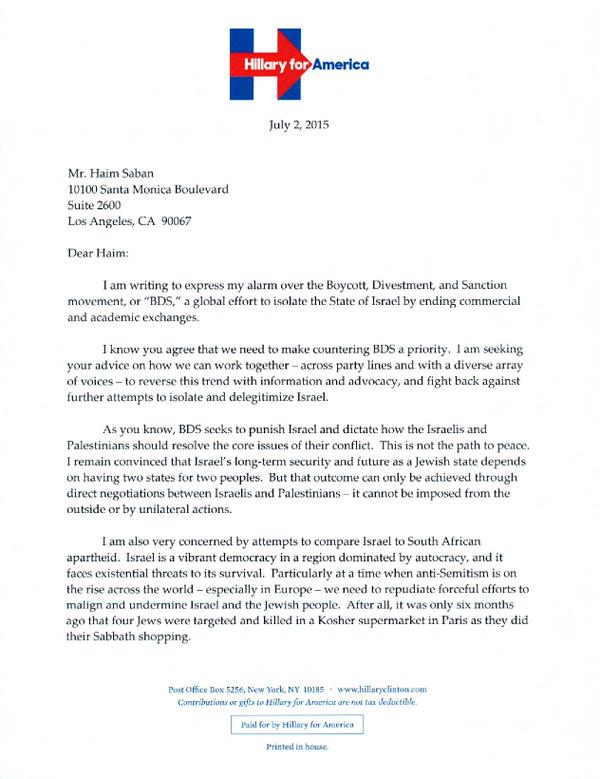 She states that the BDS campaign is “counter-productive” and “attempts to isolate and delegitimize Israel.”

With Clinton’s condemnation of BDS, and her explicit support for Israel, she is planning on appealing to the Pro-Israeli Republican Jews and hopes to grow closer with the Conservative party.

She wants to make countering BDS a priority and once declared, “Time after time I have made it clear that America will always stand up for Israel—and that’s what I’ll do as president”.

Despite efforts to hinder BDS work, there have been numerous successes this year alone. In the 2014-15 academic year, 15 schools have attempted divestment campaigns, with more than half passing in some capacity. Lauryn Hill canceled her show in Israel, due to the BDS call made by the Palestinian Campaign for the Academic and Cultural Boycott of Israel. The United Church of Christ voted to divest from and boycott companies profiting off the occupation as well.