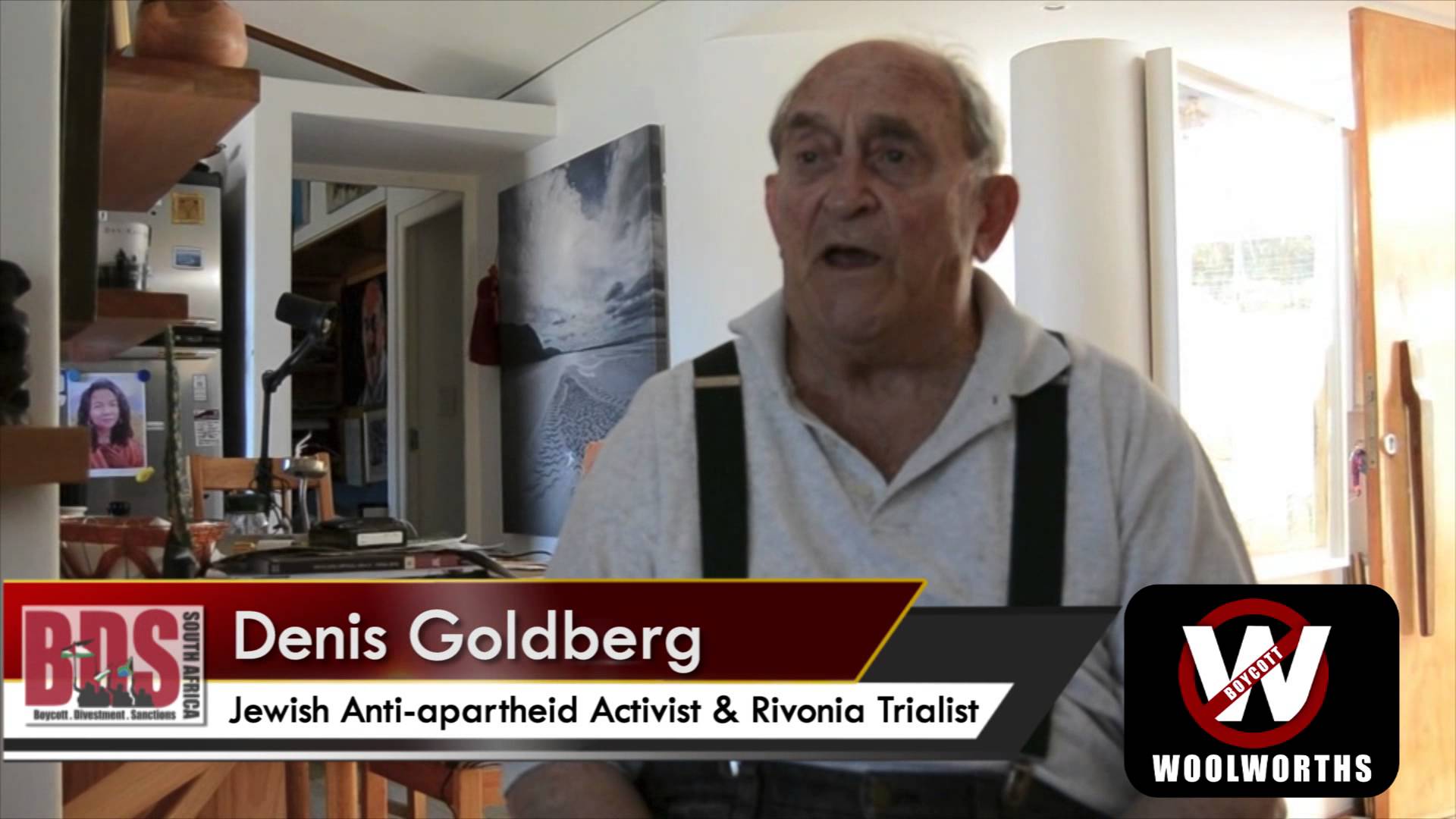 Goldberg, speaking at a BDS South Africa and ANC Youth League event on Tuesday, said: “The pro-Israeli lobby, the SA Jewish Board of Deputies and SA Zionist Federation try to say that it [the Palestinian Israeli issue] is not a simple matter, [they say that] it’s complicated therefore come [to Israel and] tell the world how well we Israelis are doing.” Goldberg slammed this approach saying: “It’s not complicated! It’s very simple, the simplicity is that a dominant group [Jewish Israelis] exclude the indigenous Palestinian people from equal rights”.

The anti-apartheid icon went further saying: “Succumbing to the Israeli offer of free trips to Israel is to do harm to the cause of the Palestinian people just as people who visited [Apartheid] South Africa broke the boycott during the sanctions against Aparthied South Africa did harm to our movement. And so I think its important not to go. I think its important to refuse to go…and not get bought and lose your moral compass by going becuase its just a free trip. What nonsense is this? One [should] have moral principles.” Click here for more information.

Denis Goldberg also explained that he has carefully studied and analysed Israel’s policies, laws and practices and finds them similar to that of the former Apartheid regime. Goldberg said: “Having lived through apartheid in South Africa. There’s no doubt in my mind that this [Israel] is an apartheid state. I cannot allow in my name, the same kind of oppression to go on against the Palestinians. I have to speak out against it. And I have to try and speak out against it in a rational and calm voice when really I’m very angry about it…when [Israeli] people say, well, you South Africans, you’re biased against us. We’re not. We’re talking international law”.

Goldberg also spoke to his Jewish identity saying: “As a Jewish person, I oppose not Jews…it is the Zionist [Israeli] policies that I oppose. Of course there are Zionists [Israeli] supporters who call me a ‘self-hating Jew’. I have to be an opponent of the exclusivist, exclusionist policies of Zionism.”

Responding to the ANC Youth League Provincial Deputy Chairperson Vuyo Mhaga’s statement that the ANC Youth League should march on parliament demanding the expulsion of the Israeli Ambassador in South Africa and for the closure of South Africa’s Embassy in Israel, Goldberg provided the suggestion that South Africa withdraws its ambassador, shuts its embassy but can still have the option of maintaining some smaller low profile presence in Tel Aviv.

Goldberg provided the example of the USA and Cuba: “The United States closed its embassy in Cuba but it had an ‘interest section’. They always had some diplomats in Cuba even if it is to exchange prisoners [but not an embassy].” Goldberg said that just having a low level interest section instead of embassies would “send a strong signal of disapproval.”

In closing Goldberg reaffirmed his support for the #BoycottWoolworths campaign saying that although “its very tempting” to shop at Woolworths he has made “his position very clear and will not renegade” until Woolworths ends its Israeli trade (click here). Goldberg ended his speech to the mostly young audience saying: “I’m pleased to hear the ‘viva’ and the ‘long live’ [slogans] but I want action, comrades. I want action. I want action”