Incriminating and Intimidating the Palestinian Community 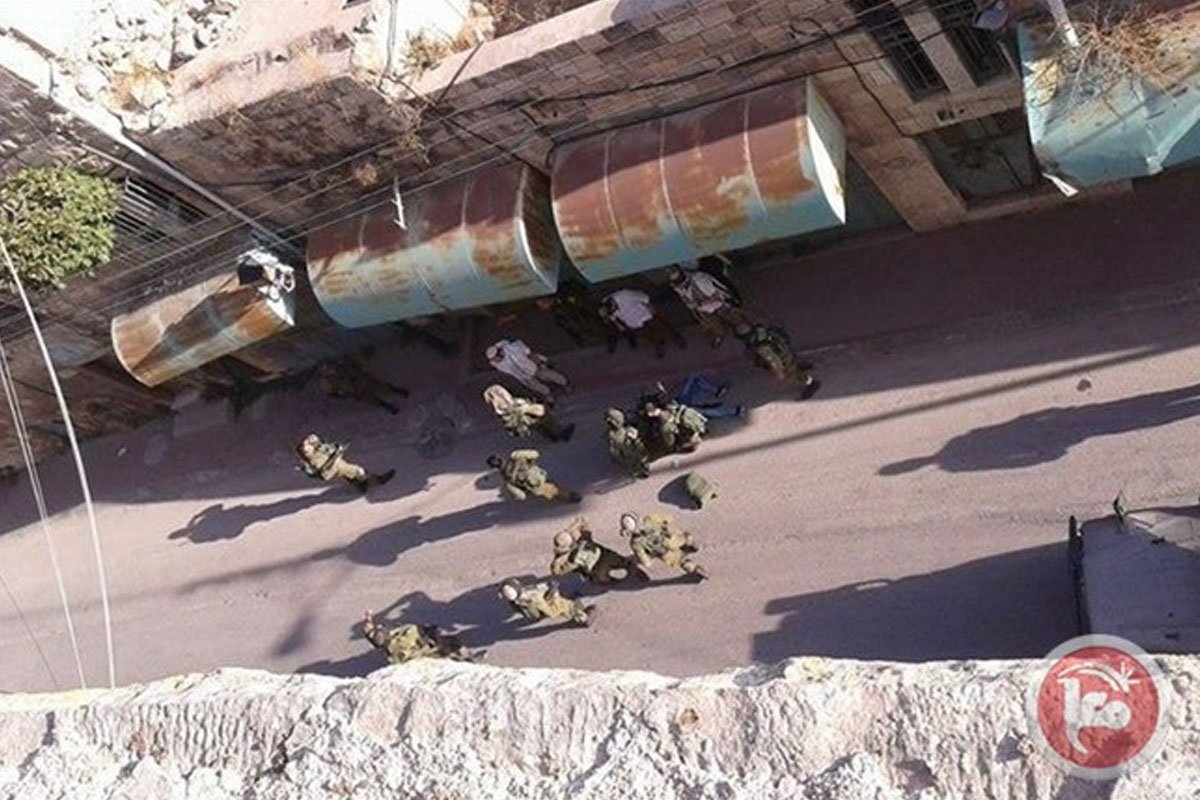 In contrast to how Palestinians are treated, Israeli attackers were neither shot on sight nor called terrorists; their names were not released and their homes were not demolished; instead we were informed that they were psychologically ‘troubled’

Incitement is a “one size fits all” accusation, constructed especially to frighten Palestinians who voice opposition to the tightening of Israeli policies that already suffocate the community. The Israeli security forces, for example, have established an “Arabic Section” within their cyber department, charged with scanning social media. One of the many who have been arrested on account of their Facebook postings is a young man who wrote, “Bring onions with you”; onions are believed to be an antidote for the tear gas fired at protesters by soldiers and police.

The Director of the Israeli Ministry of Education, General Michal Cohen, has called for the investigation of a principal and teacher from an elementary school in East Jerusalem who were accused of incitement against soldiers. According to the ministry, the school had engaged in “illegal political propaganda” by permitting a play to be performed in which a soldier was depicted as “violent and murderous, [as] he shoots a Palestinian child.” Education Minister Naftali Bennett has warned that “the educators who have authorised this play will be treated without reservation.”

While much of the killing, arrests and home demolitions taking place in Palestine targets children of school age, it is clear that their counsellors and educators are prevented from providing an opportunity for them to express themselves and work through such difficult experiences. When children re-enact their reality symbolically in post-traumatic play, or when adults try to reduce their anxiety by sharing news on social media, they find that these responses are prohibited by the Israelis and punished as “incitement”, as if the terrible realities created by Israel were not enough in their own right to “incite” people to resist the occupation.

Rising tensions in the Occupied Territories have led to dozens of deaths and hundreds of clashes.
Learn more about the Jerusalem Intifada

What are these realities? More laws and policies to humiliate and discriminate against Palestinians have been issued by the Israeli cabinet, such as the “stop and frisk law”; the increasing closure of Jerusalem to Palestinians coming from the West Bank; the addition of more checkpoints with passage-blocking cement blocks and metal detectors; the restriction of access by Palestinians to the Noble Sanctuary of Al-Aqsa; the intensification of police operations inside Palestinian neighbourhoods; the easing of restrictions about using live ammunition against demonstrators; the outlawing of civil organisations; travel bans for activists; the increasing number of arbitrary administrative arrests; the swift demolition of the family homes of Palestinian fighters; the licensing of new Jewish settlements, illegal under international law; and the plans to revoke the residency rights of approximately 230,000 Jerusalemites living outside the newly-defined borders of Jerusalem. The Mayor of Jerusalem, Nir Barkat, marches through Jerusalem carrying a gun and Jews are increasingly carrying guns openly; the purchase of arms by Israeli citizens increased by 5,000 per cent over the past month.

While Israelis are debating the death penalty for Palestinians within ministerial committees and at the Knesset, the military, police force and settlers proceed to hunt-down Palestinians on the streets and carry out extra-judicial executions. Then, with the help of the media, theyfabricate stories to explain the murder of our youngsters. Israeli soldiers have a shoot to kill policy against unarmed protesters at the Gaza border, killing and wounding those who pose no danger, as well as suspected attackers and bystanders. In a few cases where video evidence has been available, it has been possible to refute the claims made by Israeli soldiers and police. In this way, the Israeli human rights organisation B’Tselem concluded that the shooting of Basel Al-Sider and Fadi Alloun “raises grave concern that the security forces shot to kill even when it was clear that the Palestinians no longer posed a threat and could be apprehended in other ways.” Amnesty International concluded that the killing of Hadeel Hashlamoun was an extrajudicial execution. We have heard the testimony of eye witnesses and seen videos of examples where Israeli soldiers planted a knife near the bodies of youngsters after they had shot and killed them.

The ease with which Palestinians are killed has resulted in the murder of non-Palestinians who “looked like Arabs”. One Jewish Israeli man with a heavy accent and an “Arab” appearance, Simcha Hodadtov, was killed by the army at the central bus station in Jerusalem; the media reported immediately that he was a Palestinian who attempted to grab the gun of a soldier. Thereafter, however, the media backed-off from the initial narrative when a member of the ZAKA organisation, which attends to the bodies of the dead, identified that the deceased was in fact Jewish and switched the black body-bag assigned to identify Palestinian corpses to the white version assigned to Jewish Israelis.

This happened one week after the lynching of Haftom Zarhum, a 29 year-old Eritrean immigrant, by Israelis who assumed that he had been a participant or an accomplice in an attack in Beersheba. Just before that murder, Ben Tzion Mutsafi, an important rabbi in Jerusalem and the head of a Yeshiva, had declared, “Terrorists who have been stopped need to get their heads to the ground, till no drop of life is left in them.” This was his answer when one of his students asked whether he was allowed to hit, kick or shoot a terrorist who had been overtaken and stopped, or if there was a Biblical and/or rabbinical prohibition for these acts. What happened to the Eriterian man was simply the translation of such teachings into practice; we saw a soldier kicking Zarhum in the head as he lay bleeding on the floor of the bus terminal. Another man lifted a bench and dropped it on the victim’s head. Apparently, the only mistake made was that this horrible treatment was intended for a genuine Palestinian, to “frighten and deter the community”.

In the case of an Orthodox Jewish Israeli man who stabbed another Jew, Uriel Razkan, in the Haifa suburb of Kiryat Ata, and the case of “Israeli teenagers” stabbing four Palestinians in Dimona, the police merely restrained the perpetrators. They were neither shot on sight nor called terrorists; their names were not released and their homes were not demolished; instead we were informed that they were psychologically “troubled” individuals.

All of these forms of intimidation are intended to have a deterrent effect on potential assailants. The severe consequences for the families and communities of accused fighters are meant to induce guilt and provoke condemnation of those who resist the occupation. However, Israel is crossing more and more ethical boundaries, violating more human rights and becoming ever bloodier and more loathed. To reassure the Israeli public, the cabinet still promises even more punishment for Palestinians. By resorting to neo-fascism and intensified repression, Israel may defeat and kill some Palestinians, but it will definitely bring yet more moral failure upon itself and make occupied Palestine the least safe place on earth for Jews.