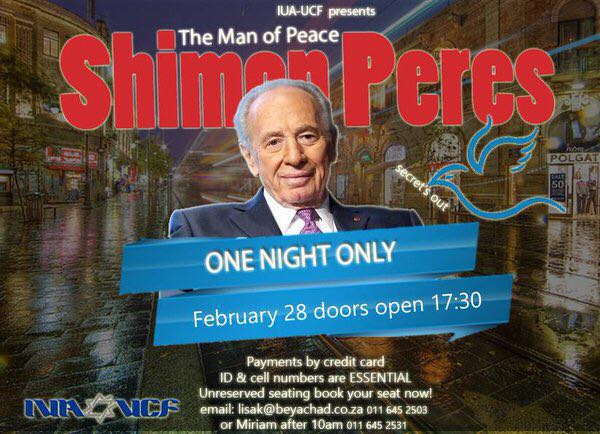 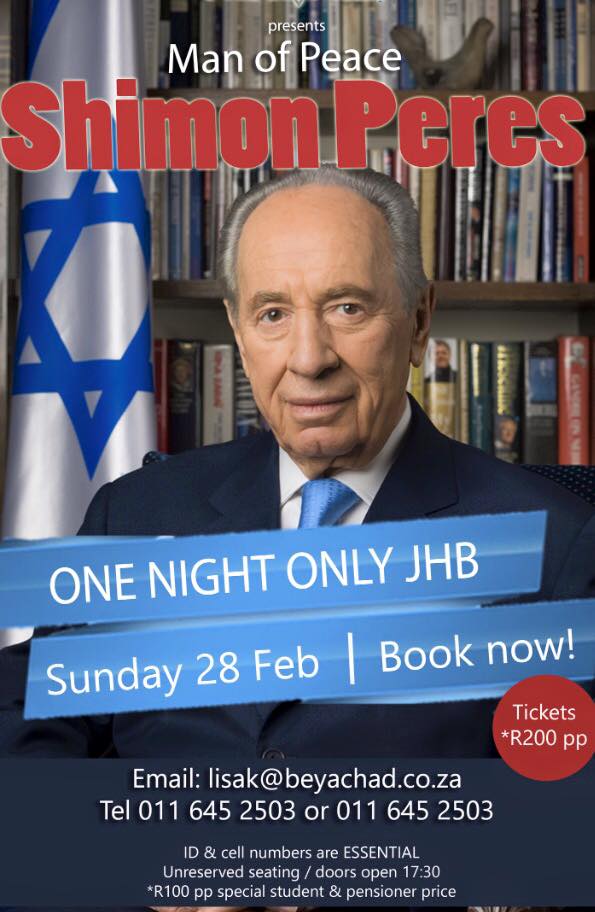 At a time when South Africa is grappling with the demon of racism, one expects that greater sensitivity will be displayed by the beneficiaries of apartheid towards its victims.

Instead we find that individuals and groups of diehard racists keep emerging to inflict pain and humiliation upon this country’s black majority.

Reversal of the degradation of decades of oppression, is not always measured by new found material gains. It lies in the knowledge that the embrace of human rights and dignity, requires unflinching commitment to the complete eradication of racism.

While debates abound on this score, it is shocking to the extreme to discover that groups loyal to Israel, appear to be mocking it.

In his book “The Unspoken Alliance”, Sasha Polakov-Suransky meticulously unpacks secrets of an alliance between two pariah regimes: Israel and South Africa. Not surprisingly, a central character in this immoral and unethical link has been Peres.

“At its core, the Israeli-South African relationship was a marriage of interests and ideologies. Israel profited handsomely from arms exports and South Africa gained access to cutting-edge weaponry at a time when the rest of the world was turning against the apartheid state. For the next twenty years, a Janus-faced Israel denied its ties with South Africa, claiming that it opposed apartheid on moral and religious grounds even as it secretly strengthened the arsenal of a white supremacist government”.

Its important to note that weapon exports to South Africa had a purpose: to be used in the apartheid regime’s war on the freedom struggle. Also not to forget that these links facilitated more torture, more mass killings, more war against the frontline states and ultimately delayed South Africa’s dawn of democracy.

Again as Dr Polakow-Suransky correctly observes, the Israeli-South African relationship was not only about profit and battlefield bravado. These interests with Peres at the helm, presented the two countries as threatened outposts of European civilization defending their existence against barbarians at the gates.

In the eyes of Tel Aviv and Pretoria, “Mandela and Arafat were one and the same: terrorist leaders who wished to push them into the sea”. For apartheid PM John Vorster and Shimon Peres, the solution was brute force.

For anyone in democratic South Africa, let alone those directly associated with apartheid Israel, to invite Peres for a gala fund raising event is tantamount to honouring notorious apartheid era leaders. As a central player, Peres was well connected to not only Vorster and his successor PW Botha, but to most of the bigwigs in South Africa’s military, defense, intelligence and security industry.

Far from being a man of “peace” as his hosts claim on posters advertising his one-night stand, Peres is a war criminal.

His crimes against Palestinians are well documented. So too his criminal role in assisting apartheid South Africa whereby nukes and weapons of mass destruction were not only procured but used against the African masses.

That a common ideological platform, informed by Zionist racism and apartheid was used to entrench secret alliances at various levels, is symptomatic of the current ongoing links between Peres’s host and Israel.

Its a matter of shame that such links haven’t been severed, especially at a tense time when racism has yet again raised its ugly face.

Rolling out a red carpet for Peres is akin to welcoming racism, war crimes and apartheid rolled in one.