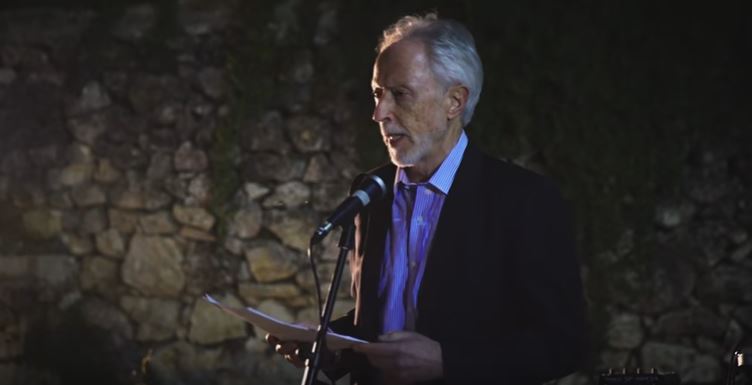 “Apartheid was a system of enforced segregation based on race or ethnicity put in place by an exclusive self-defined group in order to consolidate a colonial conquest, in particular to cement its hold on the land and its natural resources.”

The above definition of apartheid was provided by South African novelist and Nobel-laureate JM Coetzee at the close of this year’s Palfest literature festival in Ramallah.

Noting that it was not “productive” to compare Israel’s policies with those of apartheid South Africa, because it “diverts one into an inflamed, semantic wrangle”, Coetzee proceeded to locate the situation in Jerusalem and the West Bank within his definition of apartheid, and concluded by calling on the audience to “draw your own conclusions”.

His poignant observation, remarkable as it is, fells a devastating blow to Israel, for it shatters the colonial regime’s false facade of being a “democratic” state.

Shrewd, smart and brilliant is how I describe Coetzee’s soft spoken demolition of Israeli Hasbara (a highly resourced propaganda outfit designed to spin its policies).

In a single sentence, after explaining the construct of apartheid as it existed in South Africa, he made the following observation, which unsurprisingly met with a thunderous applause:

“To speak of Jerusalem and the West Bank, we see a system of enforced segregation based on religion and ethnicity put in place by an exclusive self-defined group to consolidate a colonial conquest, in particular to maintain, and indeed extend, its hold on the land and its natural resources.”

There you have it.

Apartheid in Jerusalem and the Occupied West Bank is built on the same foundations of apartheid in South Africa:

In his brief remarks, Coetzee affirmed the power of words over the might of power in an appropriate setting amongst international literary stars.

The annual Palestine Festival of Literature (Palfest) was held in cities across historic Palestine. It is described as a traveling festival where giants such as Coetzee, Pulitzer Prize finalist Laila Lalami and National Book Award winners Colum McCann and Barry Lopez, performed at events in Bethlehem, Nablus, Haifa, Ramallah and Jerusalem.

Due to severe restrictions by Israel’s checkpoints which bar Palestinians’ freedom of movement, the festival had to crisscross monstrous military points to reach audiences.

By day the international participants undertook what Palfest described as politico-historical tours which included meeting artists, authors and activists. By night they staged free public readings with their Palestinian counterparts.

Coetzee’s brief sojourn brought him face to face with the physical realities of Occupation. His itinerary included Khalil/Hebron, Aida refugee camp, Silwan and Sheikh Jarrah neighborhoods in Jerusalem, Ein Hod, a Palestinian village destroyed in 1948, and a walk in the Ramallah hills with Orwell-prize winning author Raja Shehadeh.

Unlike the Hasbara sponsored trips undertaken regularly by South Africa’s proIsrael lobbyists which are intended to whitewash and conceal crimes of dispossession, occupation and apartheid, Coetzee’s visit was different.

Along with fellow literary icons, Coetzee’s trip included Al-Aqsa Mosque which is revered by Muslims and its world renowned landmark, the Dome of the Rock.

Whether in Bethlehem or Al-Khalil (Hebron), expect that Coetzee would have seen how these historic cities have been ravaged by the occupation and severely divided by the monstrosity known aptly as Israel’s apartheid wall.