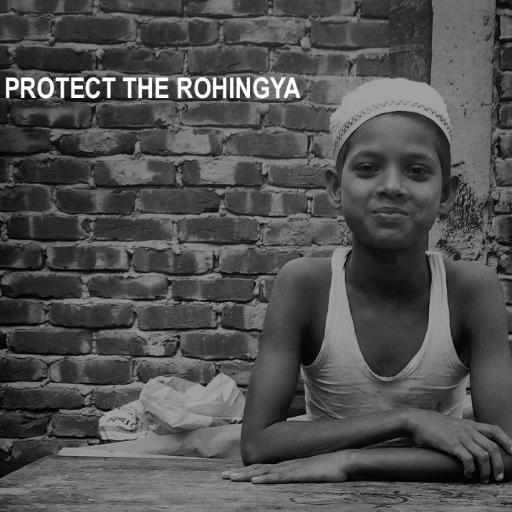 Protect the Rohingya calls on the people of South Africa and peace and freedom loving people all over the world to join our campaign to highlight the plight of the Rohingya by wearing black in solidarity on Monday, 13 June 2016. Be sure to tweet pictures of yourself and your solidarity messages to us: @ProtectRohingya using the Hashtag: #Black4Rohingya

According to the UN the Rohingya in Burma are the world’s most persecuted minority. Human rights violations against the Rohingya have been recorded since the late 1970’s and in 1982 the Burmese regime revoked their citizenship. They are denied their rights to education, land, freedom of movement, employment and to marry without state permission. They are also subjected to both forced labour and forced sterilisation.

The eruption of violence in 2012 was symptomatic of a long and oppressive history of discrimination and left most Rohingya inside Burma confined to IDP camps, under the worst possible conditions.

The persecution has forced thousands of Rohingya to flee on rickety boats risking their lives on the open seas.

Despite a new , democratic NLD led government coming to power since April of this year, Myanmar’s apartheid policies towards the Rohingya have not changed. Aung San Suu Kyi, a global icon for freedom has failed not only to stop the persecution of the Rohingya but to even mention their name.

Few ASEAN countries have offered assistance on resettlement programs for refugees and come forward with humanitarian aid however the situation remains dire.

As South African’s having lived through a racist and brutal oppressive regime it is our duty to stand up for those still living under apartheid. Burma should NOT be allowed to continue this genocide of Rohingya. We hope you will publicise and join our solidarity action on 13 June.

Protect the Rohingya is an awareness group which began in July 2012 with the aim of creating awareness on the plight of the Rohingya.