UN has Lost Sight of its Purpose 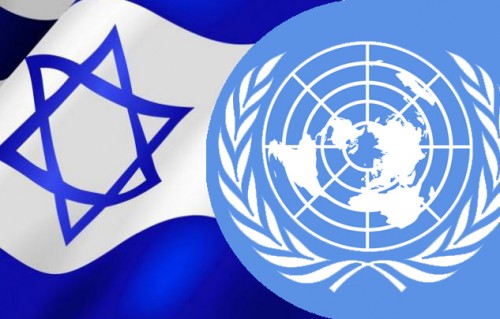 Appointing a country like Israel who is a leader in international terrorism to a position of power within its bureaucracy is a nail in the coffin for UN credibility, writes Dr. Aayesha J Soni

If we had to look back at the origins of the United Nations, we will remember that the beginnings of international law arose from the ashes of the 2nd World War and the Nuremberg trials in 1945. An organisation that defines itself as having a select few main purposes, including maintaining worldwide peace and security, developing relations among nations as well as fostering cooperation between nations in order to solve economic, social, cultural, or humanitarian international problems most certainly has set high goals for itself in terms of monitoring global politics. If it did indeed operate by its eloquently worded Charter, I very much doubt we would find ourselves in the turmoil that engulfs so many countries today.

Unfortunately, it has been an undeniable trend that the UN is often used as a tool by Western powers, instead of an impartial monitoring body. The West will gladly use the force of the UN and the Security Council when they require moral legitimacy to go to war, yet they are prepared to ignore or circumvent it when votes don’t go their way. Leaders often like to take the moral high ground when talking about human rights and how the wishes of the international community must be adhered to when the UN makes a decision; however, it has become increasingly apparent that these decisions only apply to certain countries, whilst others are completely exempt from it. The case in point of this is with regards to Israel, and the UN’s latest decision to elect Israel to chair the United Nations’ legal committee, or Sixth Committee, which oversees issues related to international law.

According to Professor Francis A. Boyle-a professor of international law at the University of Chicago and a Defence Lawyer at the International Court of Justice, not only is Israel guilty of breaching international law, but they are also responsible for “crimes against humanity” against the Palestinian People — as determined by the U.N. Human Rights Commission itself, set up pursuant to the requirements of the United Nations Charter. The concept of a crime against humanity goes all the way back to the Nuremberg Charter of 1945 for the trial of the major Nazi war criminals. The paradigmatic example of a “crime against humanity” is what Hitler and the Nazis did to the Jewish People and this is what the U.N. Human Rights Commission determined that Israel is currently doing to the Palestinian People. So legally, Israel is guilty of the same crimes that Hitler was, and instead of facing the repercussions of such, are being made to head a committee which is supposed to monitor such crimes.

If there was any doubt regarding the efficiency and worth of the United Nations, they have been laid to rest by this newest appointment of Israel to chair the Sixth Committee. The double standards and hypocrisy behind such a decision is glaring and irrefutable, and there is little the UN can now do to salvage any authority they might have had. Appointing a country like Israel who is a leader in international terrorism to a position of power within its bureaucracy is a nail in the coffin for UN credibility.