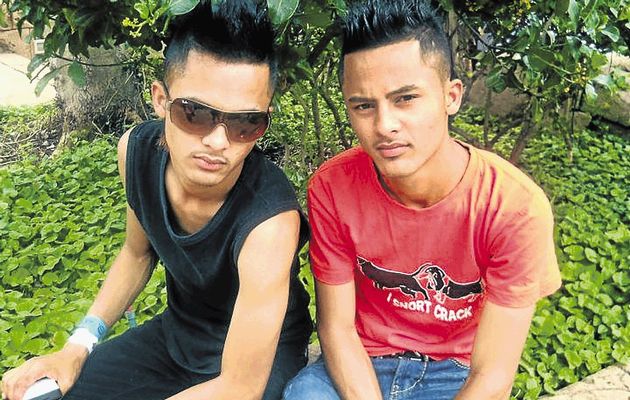 The sensational headlines following the arrests of Brandon-Lee and Tony-Lee Thulsie, as well as Ebrahim and Fatima Patel, have dominated the media over the last few weeks. The #TerrorArrests, as they have been dubbed on social media, came a month after the US embassy issued its umpteenth terror alert warning of imminent ISIS attacks. Even though there are still questions around the legality of the Thulsie arrests, the word “terror” has been used freely. The South African Jewish Report (SAJR) claims that it dubbed the Thulsies the “Terror Twins” – “a name that has stuck like glue in all media reports on the case, ” writes SAJR journalist, Ant Katz.

It comes as no surprise that the court of public opinion has already found the accused – all of whom are Muslim – guilty of being ISIS recruits, and planning attacks on American sites and Jewish cultural institutions.

There has been much speculation about ISIS recruitment in South Africa, and around the world. ISIS does not have to recruit, the West does a good enough job for this monstrous movement. It is the West’s support for tyrannical Arab and Israeli regimes that draws people to ISIS. ISIS’s use of use of words such as “Caliphate” and “jihad”, and its Hollywood-style video clips purportedly confronting the imperial invaders, also attract marginal support from the naive.

In 2003, the South African government introduced US-inspired anti-terrorism legislation, despite warnings from civil society on the impact this would have on the Muslim community. Since then, there has been a slew of clandestine arrests and detentions of South African Muslims, in collaboration with foreign intelligence agencies, like the FBI.

Human Rights Watch and Columbia Law School’s Human Rights Institute reports that the FBI treats Muslims like “terrorists-in-waiting”, encouraging, pressurising, and sometimes paying them to commit crimes that they would not have committed. Informants trawl through Muslim communities, mosques and community centres, monitor and engage social media, and talk of radical Islam in order to identify possible targets sympathetic to such ideals. If suitable suspects are identified, FBI agents then run a sting, often creating a fake terror plot in which it helps supply weapons and targets. Then, dramatic arrests are made, press conferences held, terror “experts” paraded and lengthy convictions secured.

Are our authorities in South Africa headed in the same direction? It seems that we might. The investigating officer for the Thulsie case, Wynand Olivier, admitted in court that foreign intelligence agents prompted the Hawks to arrest the Thulsie and Patel siblings. So desperate were the authorities to effect an arrest that even paintball guns presented as evidence of an arms cache! Even more disturbing is Olivier’s understanding of the word “jihad”, a term that has become central to the case against the Thulsies. Olivier has admitted that no Islamic or Arabic language experts were consulted to guide the authorities on the use of the word.

The word “jihad” is actually widely used by all Muslims, and refers to both individual and social battles. In fact, if the Hawks were to monitor the use of term “Jihad”, every South African Muslim would qualify as “terror” suspect. That is a day we must ensure never comes. The Muslim community is firmly woven within the fabric of the SA society, a fact recognised by the government. But if we are to retain this social harmony, then the authorities must revisit the anti-terror laws we were coerced to adopt.

An independent, enlightened and prudent foreign policy will be the best way to protect us all – not a witch-hunt based on myths, stereotypes and misinformation.

Dr. Firoz Osman is an executive member of Media Review Network, a Johannesburg-based advocacy group. Find him on Twitter: @Firoz_Osman