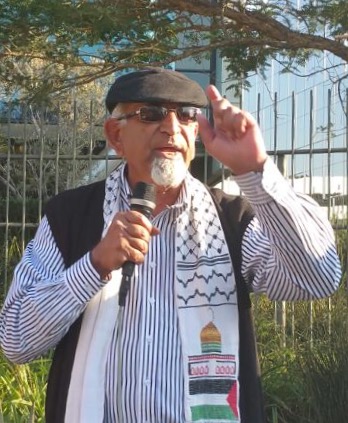 Is it a genuine movement of opposition with the trappings of a revolution that may lead to the overthrow of Donald Trump? Or is the campaign against America’s 45th President merely a platform for the expression of eloquent but angry voices?

These are some of the questions analysts are grappling with as protests gather momentum across the United States, Europe and other parts of the world.

To further compound this dilemma, especially for students of US politics, is the obsession with Trump a cover for many of those calling themselves “left/liberal”? Award winning journalist John Pilger thinks so: “They are not ‘left’, neither are they especially ‘liberal’.”

Much of America’s aggression towards the rest of humanity has come from so-called liberal Democratic administrations – such as Obama’s, claims Pilger.

He reminds us that one of the persistent strands in American political life is a “cultish extremism that approaches fascism” and that this was given expression and reinforced during the two terms of Barack Obama who expanded the country’s favourite military pastime, bombing, and death squads (“special operations”) as no other president has done since the Cold War.

According to a Council on Foreign Relations survey, in 2016 alone Obama dropped 26,171 bombs. Unimaginable but truly horrific: 72 bombs per day or 3 bombs every hour on the poorest people on earth, in Afghanistan, Libya, Yemen, Somalia, Syria, Iraq, Pakistan.

The New York Times reported that every Tuesday, Obama personally selected those who would be murdered by mostly hellfire missiles fired from drones. Neither funeral processions nor wedding parties were spared. Shockingly even shepherds were attacked and killed along with those attempting to collect body parts of family members from smoldering rubble.

As for Africa, Pilger reminds us that Obama was the first African-American president to launch what amounted to a full-scale invasion of the continent. “Reminiscent of the Scramble for Africa in the late 19th century, the US African Command (Africom) has built a network of supplicants among collaborative African regimes eager for American bribes and armaments. Africom’s ‘soldier to soldier’ doctrine embeds US officers at every level of command from general to warrant officer.”

So what do we make of this transition and transfer of raw military power from a smooth-talking constitutional lawyer to a brash, loud-mouthed capitalist elitist whose sketchy foreign policy is defined by a continuous war on Islam?

Again if it’s necessary to confront the “Why” and “How” a near-straight line from Obama led to Trump, William I. Robinson, professor at the University of California, whom Pilger describes as one of an uncontaminated group of American strategic thinkers, wrote:

“President Barack Obama…may have done more than anyone to assure (Donald) Trump’s victory. While Trump’s election has triggered a rapid expansion of fascist currents in US civil society, a fascist outcome for the political system is far from inevitable…But that fight back requires clarity as to how we got to such a dangerous precipice. The seeds of 21st century fascism were planted, fertilized and watered by the Obama administration and the politically bankrupt liberal elite.”

These words echo the sentiments of all who abhorred the violence of the Obama era and who would justifiably question why the masses who have mobilized in their thousands today, remained silent then.

Guantanamo concentration camp which he promised to close remains open.

The “War on Terror”, which is no more than a euphemism for a war on Islam and Muslims, grew exponentially.

While it is true that America’s war on Muslim countries preceded Obama, he has “normalized” it. The so-called “clash of civilizations” which in all likelihood will be pursued by Trump if his cabinet of hawks is an indicator, has been transformed into a socially acceptable policy by Obama.

Clearly what Obama has bequeathed to Trump is a militaristic legacy of belligerence. The gigantic amount of military aid and finance to Israel, which allows it to defy international laws and conventions forms part of his “can do it” rhetoric – a package which Trump is unlikely to challenge despite his “America first” rhetoric.

So as mass protests escalate, with the biggest demonstration in Washington symbolic of global solidarity to highlight women’s rights, questions about whether people’s power will force regime change in America, remains unanswered.

In any event and whatever the outcome, grieving families will continue burying their dead – all victims of Obama’s terrible legacy.