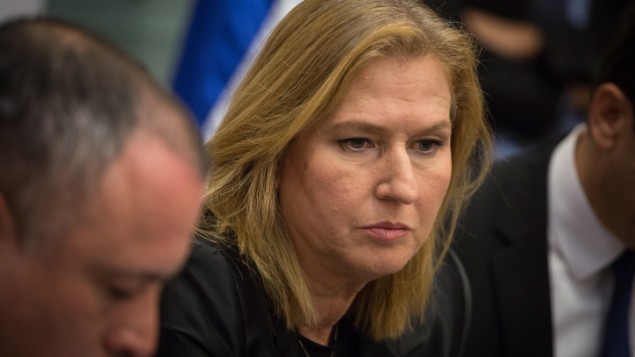 We deplore and condemn this move and find it reprehensible that the UN would disregard her involvement in war crimes during Israel’s brutal war on Gaza’s besieged population during 2008/2009.

We also find it entirely unacceptable that the UN would ignore the fact that member states, Britain and Belgium, have cases pending against her.

Livni’s role in various Israeli governments has been controversial. Whether as foreign minister or as leader of the Zionist Union, she has and continues to represent hawkish right wing policies. She is part of Israel’s political establishment which to date has not only failed to implement numerous UN Security Council resolutions, but actively defies them.

We therefore find it ludicrous that the UN chooses to reward Livni instead of insisting that she faces charges at the International Criminal Court.

Appointing Livni would be a grave error on the part on the UN. Indeed it is our view that the UN would be in breach of its own charter which seeks to uphold International Law, in particular International Humanitarian Law.

We also oppose UN plans to deceive the world by plotting a trade-off, whereby former Palestinian prime minister Salam Fayyad’s nomination to head a UN mission to Libya is being bartered to justify Livni’s appointment.

Such political chicanery by the UN is deplorable. If Fayad’s nomination hinges on US approval subject to Livni’s appointment, it smacks of blackmail, which must not be countenanced by member states.

The Media Review Network calls on the UN to desist from such malpractices and to take a firm stand against the appointment of war criminal Tzipi Livni.

We also call on South Africa to exercise its international diplomacy in line with humanitarian law by raising objections to her selection and to demand that Fayyad’s appointment be delinked from any potential tradeoff.