The Israeli lobby in SA is playing a despicable game 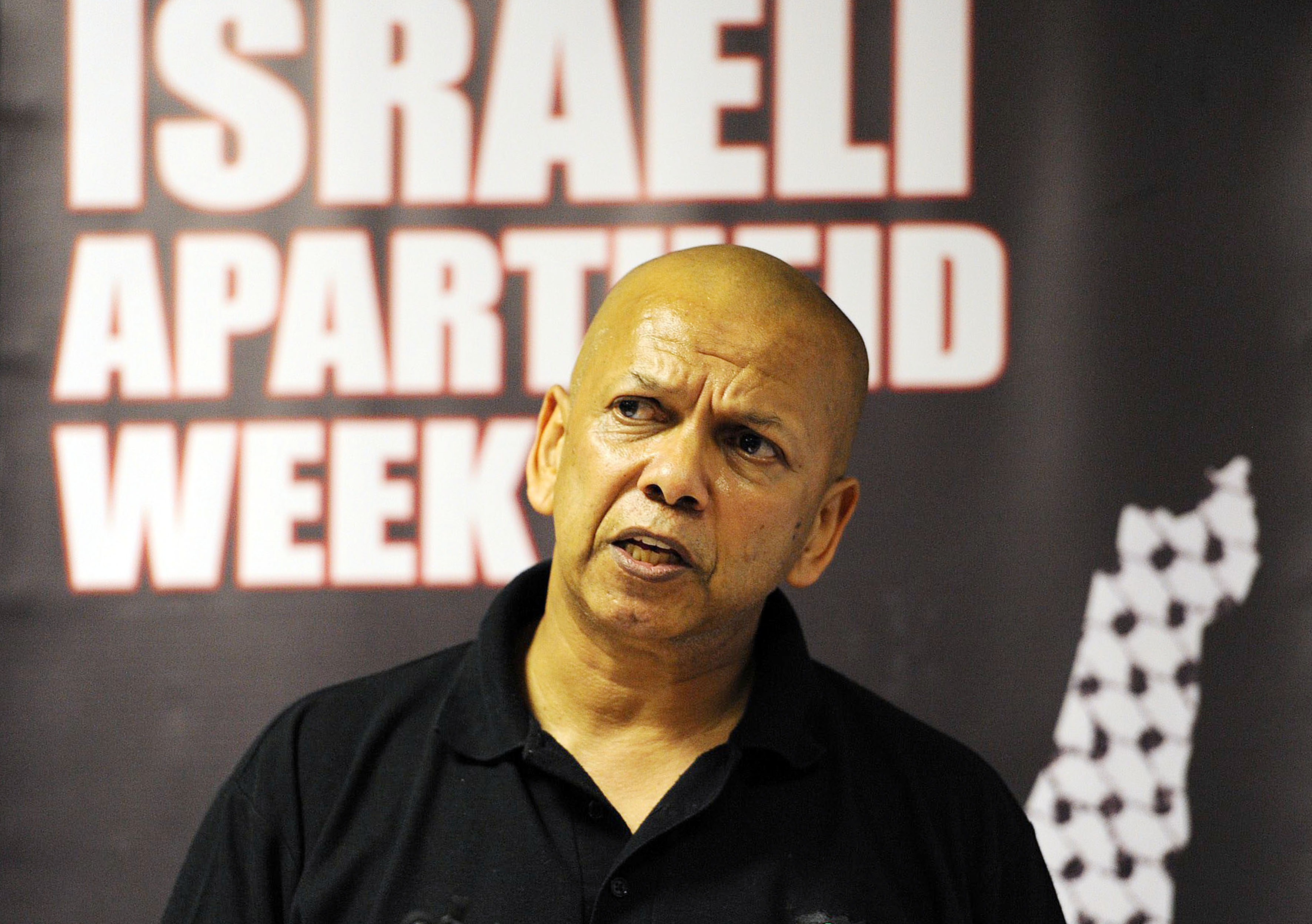 The problem with the Israeli lobby in South Africa is that they pretend there is only one South Africa – a post-1994 country in which Santa Claus in the shape of a cuddly old man named “Madiba” (pronounced by them as “Mediba”) brought festive season lollipops to a bunch of well-behaved kids.

There are two seemingly, only “seemingly”, conflicting South African narratives at play.

The one is of South Africans who courageously confronted apartheid, engaged in an armed Struggle of which we are proud, fought for their freedom, mobilised the world to act in solidarity to divest from and impose sanctions against apartheid, and who gave their lives for the Struggle.

In fact, we refused to abandon armed Struggle or accept the lifting of sanctions until more than a year after the unbanning of the ANC. This is the narrative of those in solidarity with the Palestinians.

The other narrative is that of South Africans who reconciled after a bitter conflict. This is a legitimate narrative not in conflict with the earlier one. It is, however, crucial to understand that it became visible only after the first narrative.

The narrative of “reconciliation” under the conditions of a state of emergency and at the height of the repression of our movement by the brutal apartheid regime was correctly rejected by us as one of selling out. The “sell-outs” were rightly the most despicable species of humanity in our political vocabulary.

During the Struggle, we denounced what the US described as “constructive engagement”, pussy-footing with PW Botha and his henchmen. The narrative of reconciliation in the context and face of relentless dispossession, detention without trial, rising racism is tantamount to collaboration with oppression.

In relation to Israel, when coming from Israelis and their lackeys, we smell a rat when they try to sell us the role of peace brokers. Given the increase of Israeli settlements, it is simply a weapon used to cripple the Palestinians even further.

There is a time for reconciliation but only after liberation. Before that it is called “co-option and acquiescence” and used to blunt the resistance movement.

It may fit in well into our national ego as a nation that is so desired by others to play a reconciling role in conflicts; the truth is that we are simply being played.

This does not mean that our people were never interested in reconciliation – the Freedom Charter had after all long ago declared that “South Africa belongs to all who live in it”. The point is that we built notions of reconciliation inside our path of resistance through our commitment to non-racialism.

Reconciliation was not a toy that we were given to play with while the white masters deepened our suffering. Nor did it come upon us suddenly when our leaders were released from prison – it was in the welcoming embrace of all South African regardless of their cultural, ethnic, tribal or religious backgrounds as a part of the liberation Struggle; it was in the presence of Beyers Naudé, Joe Slovo, Ronnie Kasrils, Bram Fischer, Ruth First and others, in the trenches of the liberation Struggle.

The Israelis and their allies on that other continent are actually telling us, “We will let you play – quite literally play – the role of the reconciler” in order to prevent us from acting against Israel with the limited moral capital that we have – capital that must be used to send a clear political and diplomatic message that Israel’s crimes are unacceptable.

Israel, its allies across the continent, and their lobbies argue that by cutting or downgrading diplomatic relationships with Israel we will damage our ability to play a conciliatory role. The truth is that Israel and its lobby are not interested in reconciliation. The only party with the clout to modify their behaviour is the US which is itself a country captured by Israel.

The “reconciliation or balancing” carrot is a plastic one dangled in front of South Africa.

The South African narrative that must be privileged in relationship to communities dying under oppression is one of solidarity – this is what we expected and received from our friends during the days of our apartheid.

Our enemies, including the Reagans and Thatchers, and their internal underlings, the Bantustan leaders, played the “constructive engagement” game – the same card that the Israeli lobby aided by a few rogue elements in the Department of International Relations and Co-operation now wish to play.

“Reconciliation” and “balance” at the wrong time, are codes for betrayal. Israel invokes these terms as weapons to paralyse resistance and for some sectors inside our own ranks, former comrades, they may possibly become avenues for keeping diplomatic jobs without acting. A handful may even not be beyond scoring deals with the enemy on the side.

They resurrect Mandela as a harmless cuddly old man in green rugby top who flew in by helicopter to have tea with Tannie Betsie Verwoerd, widow of the architect of apartheid Hendrik Verwoerd.

To reduce Rolihlahla (Mandela’s middle name, meaning ‘the uprooter”), Umkhonto we Sizwe, Apla, the UDF and the entire exile experience to a single moment of reconciliation over a cup of tea with koeksisters is criminal. Our primary narrative is one of resistance and solidarity. Our primary gift to other people living under worse conditions than we did under apartheid should be solidarity.

The toy of “reconciliation” that South Africa is being asked to busy itself with is the so-called peace process.

However, as Dr Nabil Shaath, envoy of President Mahmoud Abbas, on his visit to South Africa reminded us, there is no peace process in the region. This is a figment in the imagination of some diplomats; it is part of a butterfly game of obfuscation that is being played by the Israelis and that some of us have deliberately chosen to fall for.

Instead of a peace process, we only have an Israel that is relentlessly stealing more land from the Palestinians and further discrimination against Palestinians, more settlements and more ethnic cleansing.

Whereas before this was stealthily done, the current right-wing government with the public support of the vast majority of Israelis, emboldened by the Donald Trump regime, has discarded any pretence to a peaceful settlement.

Previous sentiments of racism, “filthy blacks” and “sub-human Palestinians who deserved to be thrown into the sea”, were limited to private talk; now they emanate from senior Israeli cabinet ministers.

They’re gobbling away at pizza while professing that they want to talk about sharing it? And they expect us to swallow the language of peace-brokering?

* Professor Farid Esack teaches at the University of Johannesburg.