Say NO to Israel’s participation in SA Davis Cup 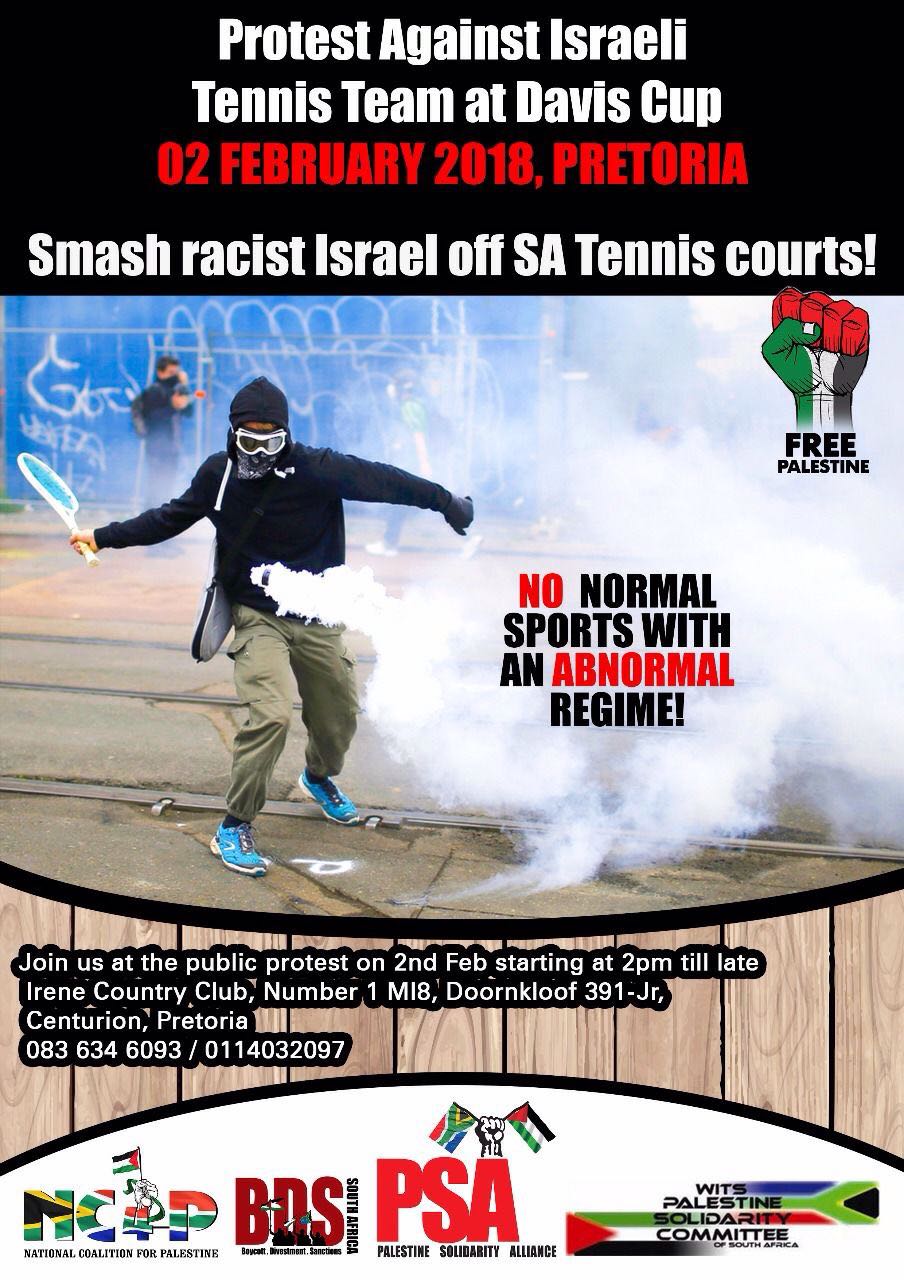 “No normal sport in an abnormal society” was the driving force behind international campaigns to isolate apartheid South Africa.

Shockingly the forthcoming Davis Cup being planned in South Africa is scheduled to host #ApartheidIsrael.

Let’s remind Tennis South Africa TSA that Palestinians yearn for freedom. Their struggle is epitomized by the spirited resistance of young and old. As oppressed people whose rights to human dignity are trampled upon with impunity by the settler colonial regime, the least they expect of South Africa is to stand up for them.

Our freedom came at a huge cost. It was supported by progressive forces throughout the world. Foremost among them were Palestinians who shared the same trenches with our leaders in rugged battlefields from Libya to Lebanon. The call to isolate SA sports by the anti-apartheid movement rallied people and governments to adopt firm measures.

The challenge facing the TSA is whether they are willing to hear and respond positively to Palestine’s call to boycott and isolate Israel.

We are pleased that SA’s Minister of Sports has announced his stance on Israel’s participation and welcome his decision to boycott the match.

South Africa’s civil society and many other formations have made known their displeasure at Israel’s inclusion. We join them to urge the TSA and its sponsors to do the honourable by terminating the participation of Israel’s tennis team.

Transformation within sports, and tennis in this case, will unfortunately be stunted if authorities ignore or downplay the existence of racism and fascism in Israel. As the Minister of Sports confirms: apartheid is alive and well in Israel.