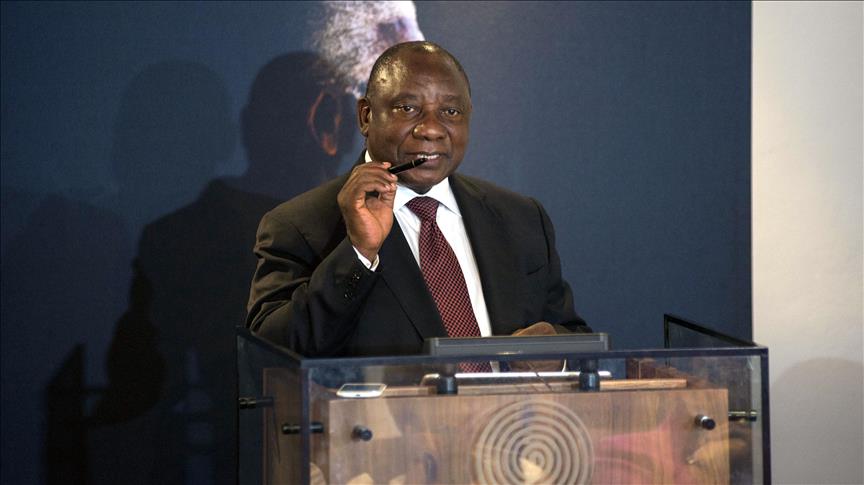 During his recent visit to a Johannesburg synagogue, South Africa’s president Cyril Ramaphosa repeated an overused mantra to assuage his Jewish audience about the country’s evenhandedness.

Overused and devoid of any substance, Ramaphosa insisted that South Africa is committed to a two-state solution where Israelis and   Palestinians can live peacefully side by side in their respective homelands.

The two-state mantra may have had traction 25 years ago when the Oslo accords were signed between PLO leader Yasser Arafat and Israeli premier Yitzak Rabin, in full glare of global media on the lawns of the White House.

Doomed to fail even before the ink had dried, the accords were dismissed as the “great US-Israeli ‘peace’ swindle”.

A former fervent believer in the two-state solution, Avi Shlaim, who hoped that Oslo would see the emergence of a Palestinian state on the West Bank and Gaza, had to concede that it was a mirage. Israel’s intention was to repackage rather than end Israel’s military occupation.

Shlaim’s reservations are recounted in his book “The Iron Wall”, wherein he argued that the continued expansion of Jewish settlements were in “palpable violation of the spirit, if not the letter, of the Oslo accords”.

For Israeli journalist Danny Rubenstein, the “autonomy” promised to Palestinians by Oslo, was no more than the autonomy of a POW camp, where the prisoners are “autonomous to cook their meals without interference…”.

Indeed as the Oslo accords cast a gloomy shadow of surrender and humiliation for the Palestinians, the Israeli press was reporting on secret plans to extend the integration of Jerusalem to Jericho.

Fraud at the core of Oslo not only humiliated Arafat and the PLO, it also allowed Israel and the Clinton administration to manipulate the accords as they deemed fit. Long before Donald Trump had any inkling of occupying the White House, Bill Clinton reversed longstanding US support for UN Resolution 194 of 11 December 1948 which affirms the right of Palestinian refugees who had fled or had been expelled, to return to their homes.

Oslo gave the Clinton administration the pretext to fall in line with Israel’s argument that following the accords, past UN resolutions were “obsolete and anachronistic”. In addition it gave Washington the opportunity to call for the abolition of the UN Special Committee on Palestinian Rights, which in Trump’s language it termed “biased, superfluous and unnecessary”.

Oslo will always be defined by the fateful letter from Arafat to Rabin recognizing Israel. Thomas Friedman, rubbing salt on Arafat’s wound, wrote that the letter was not simply a statement of recognition, but that it was a letter of surrender, “a type-written white flag in which the PLO chairman renounced every political position on Israel he has held since the PLO’s foundation in 1964”.

During the Oslo period of 1993, Ramaphosa was intensely involved in South Africa’s negotiations known as CODESA. It served as a rickety bridge which moved the nation from apartheid to democracy.

Having a history in student politics and of leading workers in the trade union, Ramaphosa would know that the racist regime’s lifeline was Israel. He would know too about Israel’s military and nuclear weapons program with apartheid South Africa.

Masterfully and meticulously researched by Sasha Polakow-Suransky, details of countless arms deals between the pariah regimes in violation of UN arms embargo, are published in the author’s “The Unspoken Alliance”.

Having regard for the history of the freedom struggle waged to eradicate apartheid in South Africa, it sounds strange to hear Ramaphosa extend goodwill to Israeli apartheid.

Equally confounding and disturbing is to hear him mimicking successive US presidents on the two-state solution, especially now when even the Netanyahu regime has dropped all pretense of a Palestinian state.

Oslo’s deception seems to have crept across Africa to its southern tip. Why else would President Ramaphosa profess to believe in a dead deal: the two-state solution?