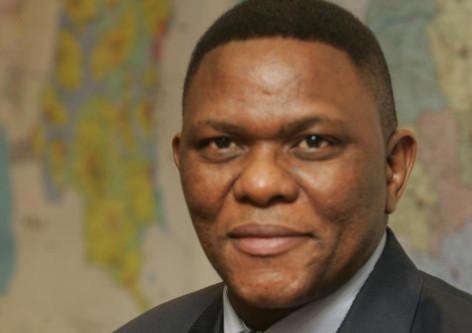 Will Sisa Ngombane face the full might of presidential sanction for bringing disrepute to South Africa?

Or will he be quietly allowed to walk away and perhaps permitted to take up a senior position within Israel’s ministry of foreign affairs? Yes you read correctly: Israel’s.

After all, his performance as a diplomat – supposedly representing South Africa, was not only an embarrassment for this country; he in fact excelled in defense of Israel.

The recent farce caused by Ngombane in cahoots with Israel, resulted in red faces across the department of international relations (DIRCO) in South Africa. For a while it appeared to have stumped senior officials in Pretoria including Minister Lindiwe Sisulu. Unnamed inside sources claim that pandemonium reigned while the bureaucrats sought to unravel the mystery of Ngombane’s “return”.

Finally, after an anxiety-filled delay coupled with demands for answers from Palestinian solidarity movements, DIRCO issued a statement which in effect refuted the Israeli/Ngombane document.

In short it proclaimed that the “recall” remained unchanged, but in a bizarre explanation, it introduced further confusion by suggesting that Ngombane had returned to attend to personal business.

Not a word about the plot. Who was responsible for misappropriating Minister Sisulu’s role? Indeed the all important question about the serious breach of protocol which clearly undermined and in a calculated fashion misrepresented South Africa’s official policy, remains unanswered.

Given the embarrassment and humiliation caused to the people and government of South Africa, the least expectation we have is an outright condemnation and an assurance that Sisa Ngombane will be stripped of his diplomatic status and subjected to a disciplinary process.

While the plot has backfired, Israel’s killing spree continues unabated. So too does the settler regime’s horrendous enforcement of racist apartheid policies which deny Palestinians (Muslim and Christian) fundamental rights to freedom and dignity.

As ANCMP Mandla Mandela correctly points out, though 10 months have passed since the ANC resolution to downgrade the SA embassy in Tel Aviv, we still await its implementation.

Israel’s lobbyists in South Africa who celebrated President Cyril Ramaphosa’s remarks during his address to sections of the Jewish community, will in all likelihood be now deeply unsettled by his firm statement in New York, reaffirming an unwavering commitment to downgrade.

Sisa Ngombane and his Israeli handlers may not have anticipated that their devious attempt to surreptitiously alter foreign policy will explode in their faces. Now that it has, DIRCO has a responsibility to excise weaknesses and realign the process to downgrade without further delay.