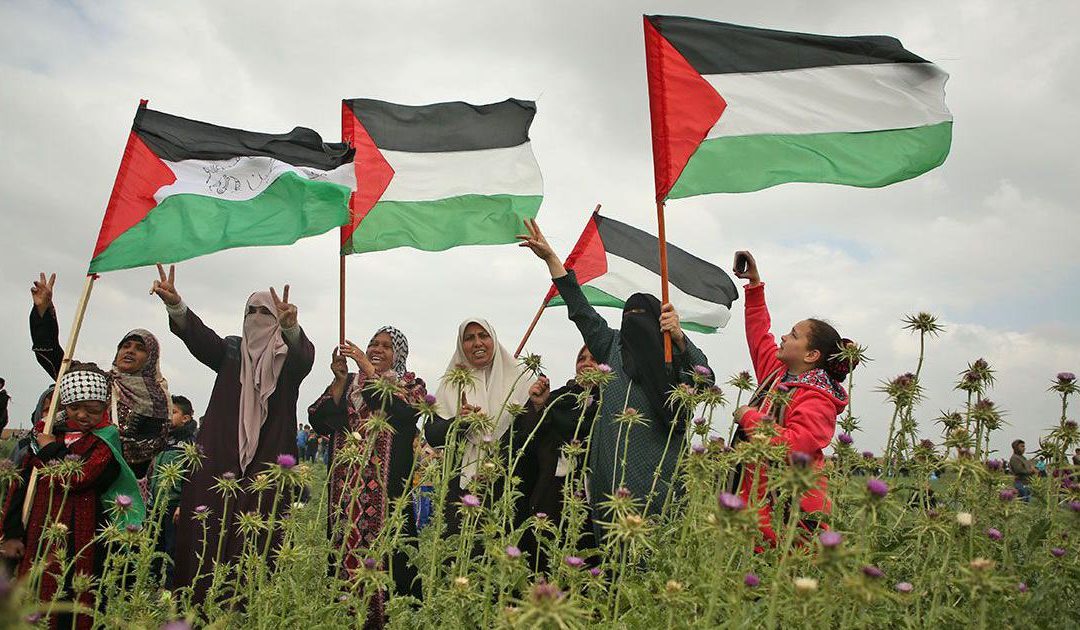 Palestinian resistance against perpetual violence metered out by the apartheid Israel regime is constantly misrepresented as being terrorist attacks on Israel by Hamas.

The denial of oppressed people their right to defend their integrity and land is gross negligence of Palestinian people’s fundamental human right.

The article written by Howard Feldman is a typical example of how whiteness is used to justify the continued oppression and occupation of Palestine by Israel. What Feldman fails to account for is the expression of resistance demonstrated by all Palestinians and masquerades these as Hamas terrorism to flag its military muscles against Israel. This is a misleading analysis of the plight of Palestinians who are being continuously suffocated by the institutionalised and systemic violence entrenched within the apartheid state of Israel. Essentially Feldman has completely disregarded Palestinians as thinking beings capable of internalizing the oppression imposed on them by Israel and instead are sheepishly fooled by Hamas to take arms and defend themselves against a white flagging Israeli army.

Such an approach seeks to tell us that anti-apartheid movements such as the ANC and PAC who used similar tactics against the NP government that institutionalised apartheid were in fact bringing more harm to black South Africans than seeking to establish their freedom.

Colonial narratives of resistance must be condemned and completely disregarded because they seek to tell oppressed people how to respond to the violence they experience on a daily basis. The fundamental human rights of Palestinian people are being grossly violated and undermined by the apartheid state of Israel which refuses to acknowledge their right of return as enshrined in UNSC resolutions.

Hamas as a legitimate part of Palestine’s resistance movement, will necessarily take appropriate measures in defense of its people. To condemn it is to ignore that the plight of Palestinians is a problem created by the apartheid state of Israel.

The same protection and rights enjoyed by settler Israelis is denied to Palestinians even in the country of their birth. Hamas cannot be blamed for the frustration, anger and resistance demonstrated by Palestinians in the form of protest.

The fact that Israeli soldiers are equipped to defend Israeli settlers is a distinctive character of institutionalised power that Israel wields over Palestinian territories. Furthermore Palestinians are not seeking to drive away settler Israelis but are fighting for justice and equality that will allow them to enjoy the same democratic rights that other countries such as South Africa are enjoying.

What accountability measures can there be when the war itself is not equal? Israel wields coloniality of power and thus refuses to acknowledge the right of Hamas to exist as a resistance movement that can be brought to the table to negotiate. Hamas has no institutionalised power and relies on operations of resistance that it carries out when a wave of public protests sweep the territories of Palestine. The blockades on Gaza are not imposed by Hamas but by powerful states that wish to show the vulnerable masses of Palestine who holds their fate in their hands.

The arrogance of Israel and it’s allies is costing Palestinians their land, freedom and lives. instead of wielding the white flag and calling political organisations in Palestine to the table to negotiate Israel would rather allow the war to continue ensuring the continued suffering of Palestinians.

The violence metered against Palestinians by Israel is structured, institutionalised and colonial in nature and Palestinian resistance cannot be seen as an act of perpetuating suffering but bravery and courage in pursuit of freedom.

Nwabisa Sigaba
Nwabisa Sigaba is a Postgraduate Student Assistant at Unisa in the College of Human Sciences. Her research interests are around Decoloniality, Racism, Student and Workers Politics as well as Critical Islamic thought. She is busy with her Masters degree in Development Studies focusing on the role of Student movements in SA

Latest posts by Nwabisa Sigaba (see all)
Share this on WhatsApp

Author: Nwabisa SigabaNwabisa Sigaba is a Postgraduate Student Assistant at Unisa in the College of Human Sciences. Her research interests are around Decoloniality, Racism, Student and Workers Politics as well as Critical Islamic thought. She is busy with her Masters degree in Development Studies focusing on the role of Student movements in SA