The Refugee crisis: A product of Western Leaders Fueling Anarchy and Fear in the Middle East 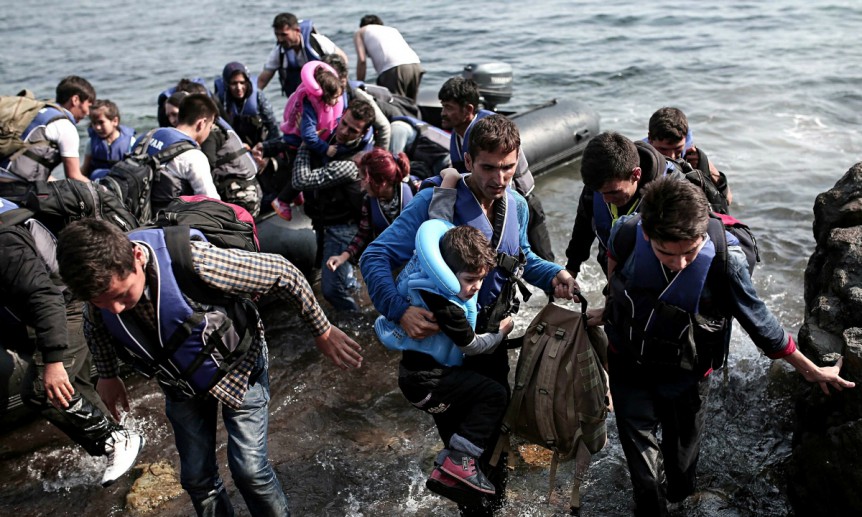 “It’s like an addiction. You never forget the faces of the people who you rescue in the sea.” These are the words of Salam Aldeen, a Danish man who now faces criminal charges and possible imprisonment for years, after he decided to dedicate his life to saving refugees. Horrified by the images of Syrian toddler Alan Kurdi washed up on a Turkish beach in 2015, he set out from his home in Denmark to Greece. On the island of Lesbos, Salam would pull boats full of people to land and at night he and his team would drive the new arrivals to refugee camps. Earlier this year, they were accosted by the coastal guard and charged with human trafficking. He faces the courts in Greece in May next year.

Salam represents a minuscule ray of humanity within the broader scheme of the refugee crisis currently occurring. If the root cause of the crisis had to be examined, it would become quickly apparent that the very countries who seem to be most stringent in keeping refugees out and perpetuating the problem are the very ones responsible for the situation in which the majority of these migrants find themselves in. The majority of refugees entering Europe are fleeing Iraq, Afghanistan and Syria.

March of this year marked the 15th anniversary of the invasion of Iraq. Sold to the world by Bush and Blair, and supported completely by the NATO forces, the effects of their warring efforts in Iraq and many other countries in the Middle East remains a dark blot on our humanity. 15 years on, we need to remember how the overthrow of Iraq’s government, the dismantling of its military, and the eradication of its civil service set the stage for years of military occupation and the imposition of a US-controlled sectarian political system resulting in decades of death and devastation for the Iraqi people. We need to remember that wars waged by power-mad men in the US and other Western countries have effects on the lives of civilians mostly, with consequences spanning years and generations.

About 6 out of every 10 Syrians are displaced from their homes, a number unprecedented in recent history for a single country. A grossly underestimated number of 11 million people in Syria have either been killed or have been forced to flee their homes since 2011, with the current half of all Syrian refugees being children. Whilst the Syrian conflict started as a civil war, there are now US, NATO, Russian and Israeli troops all taking part in the conflict with the continuing violence fueling the global arms industry exponentially. Having their lives disrupted, the people of these countries seek asylum in safer areas.

Amnesty International estimates that between 2007 and 2013, the EU spent almost €2bn on fences, surveillance systems and patrols on land or at sea. In theory, refugees – who have the right to cross borders in search of asylum under international law – should be exempt from these controls. But in reality, the EU has tried to prevent asylum seekers from reaching its territory wherever possible. They have closed down legal routes, such as the ability to claim asylum at overseas embassies; have introduced penalties for transport companies that allow people to travel into the EU without the correct documents and signed treaties with its neighbours so that they control migration on the EU’s behalf.

In the same period as it spent €2bn euros on border security, the EU spent only an estimated €700m on reception conditions for refugees. In November 2017, a coalition of human rights groups published a list of 33,293 people who had died since 1993 as a result of “militarisation, asylum laws, detention policies and deportations” in Europe. But Europe has continued to try and push the thousands of migrants who try to reach European shores further and further away from the continent and essentially, safety.

A new report by the Tent Foundation and Open Political Economy Network argues that welcoming refugees can yield big economic dividends. It points out that the initial investment by governments to house, clothe and school refugees tends to be spent on local goods and services, acting as an initial fiscal stimulus. “Investing in refugees can yield significant dividends for the businesses and organisations that employ them and the economy as a whole,” the report concludes. “They are not a burden to be shared or shirked. They are an opportunity to be welcomed.”

The refugee crisis is a problem with many confounding factors, each one perpetuating the other in a vicious cycle. For as long as wars continue – wars that are mostly started or joined by European states, or fuelled by their arms sales – people will continue to flee them.

Instead of prosecuting people like Salam Aldeen, and deterring any other good people with a conscience from trying to assist some of the most vulnerable people in our world today, we should be lauding them. World leaders should be emulating Aldeen’s attitude and yet he will possibly face the brunt of a harsh law in the year to come. The amount of refugees and their insufferably poor living conditions in the world today is indeed a crisis- one that needs to be addressed by those whose power initiated it.

Dr Aayesha J Soni is a medical doctor and member of the Media Review Network (MRN). She was named one of the Mail and Guardian’s Top 200 Young South Africans, 2017 and one of News24’s 100 Young Mandelas of the Future, 2018.