Saudis DO NOT support the Palestinians 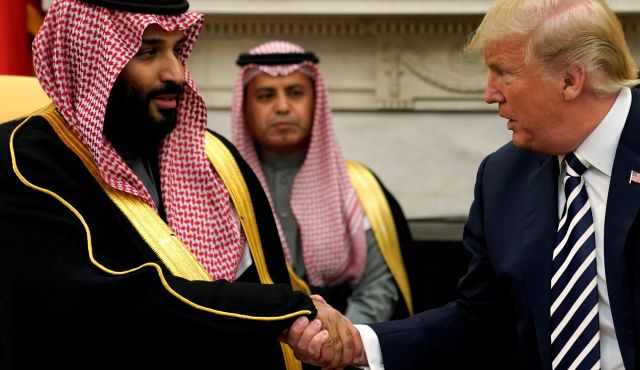 The Article in the STAR of 19th December 2018 ,”Saudi fully Supports Palestinians” By Ali Al Shehri, First Secretary at the Saudi Embassy in Pretoria, is devious and misleading.

Two illegitimate usurper regimes, one led by Zionists in the Holy Land and the other by Najdi Bedouins in the Arabian Peninsula, have had long standing secret ties. Not only Muslims but also many fair-minded non-Muslims recognize the illegitimacy of the Zionist pariah regime in the Holy Land. Both these illegal entities are totally subservient to US Imperialism and Zionist colonialist racism. Hence the claim by MR. Ali Al Shehri that Saudi fully supports the beleaguered Palestinians cannot be taken seriously.

He claims that the Palestinian issue is of primary concern to the illegal Saudi Regime. Why then has the regime not condemned the Zionist illegal occupation of Palestine? Instead the United States Defence Secretariat, an unashamed supporter of the Zionist state of Israel, has fostered ties with the Saudi security and military establishment over the years. The Saudi regime unhesitatingly and unconditionally  court Israel and have encouraged other illegal Arab regimes to recognise the Zionist regime, notwithstanding the fact that the Zionists have placed a life threatening blockade and siege of Gaza. Not a word spoken about the military rule in both the West Bank and the Gaza.

I will remind the First Secretary that the so-called peace conferences held in Oslo, Madrid, Annapolis and Camp David, and of which he seems very proud of, have come to nothing. Apart from being an occasion to buy more time for the west and Israel to entrench the occupation and of course an opportunity for a photoshoot.

In the face of your inability to do anything about the Zionist occupation of Palestine, you have moved on to focus on other enemies, Iran, Hezbollah and poverty-stricken Yemen.

In 1993 the late Edward Said, a Palestinian himself, described the Oslo Accords very aptly when he said that the accords set aside international legality and compromised fundamental national rights of the Palestinian people. It could not advance genuine Palestinian self-determination which required basic elements of freedom, sovereignty and equality. Instead, according to Said, the Accords rendered perpetual servitude to Israel’s colonial project. He described the Accords aptly as “an instrument of Palestinian surrender, a Palestinian Versailles”. These “peace accords” were dishonest and deceptive.

The present conditions of the Palestinians are rooted in the post-Oslo agreements that left Israel in control of their lives. The promises have prejudiced the likely results of these so-called peace talks because they did not treat Israel as an occupier and left the core of the issues to be considered at the final stage.

I will remind Mr. Al Shehri that to create hostility within the Muslim populations of the Middle East, the West portrays Iran as the vanguard of the Shias in the region, and your country as the champion of the Sunni Muslims. The truth of the matter is that Iran does not represent all the Shia Muslims nor does Saudi Arabia represent all the Sunni Muslims; these efforts are part of the politicizing of religious faith, which serves U.S. foreign – policy- interests. It also supports the misleading of public opinion throughout the Middle East.

The interests of many of the corrupt Arab elites, the self-proclaimed cream of the crop within the Arab World, and autocratic Arab authorities have historically convened and adhered to Anglo-American and Franco-German political and socio-economic interests.