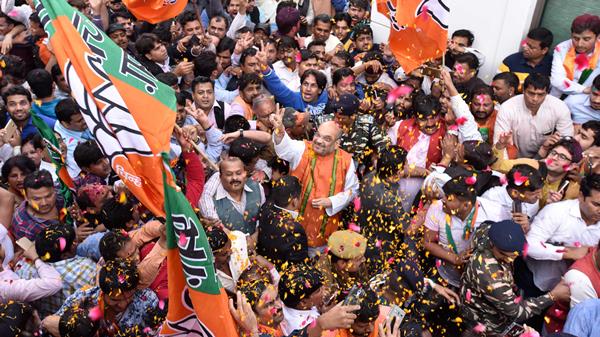 In its latest move to bolster its dogma of Hindu nationalism, the Bharatiya Janata Party (BJP) of Narendra Modi, is manifestly showing the hand of its policy of Identity politics.

The Media Review Network (MRN) is deeply concerned that the Lower House of the Indian Parliament or the Lok Sabha has approved a Bill that will grant citizenship to non-Muslim immigrants, including Hindus and Parsis from Bangladesh, Afghanistan and Pakistan. The Bill excludes Muslim Migrants.

The proposal contained in the Bill, The Citizenship Amendment Bill 2019, is unashamedly Anti-Muslim. It is clearly an attempt by Modi and the BJP to boost its Hindu Voter base ahead of the general election in May of this year.

Unfortunately politicians around the world cannot offer their constituencies any tangible solutions to the socio-economic problems facing their countries, to increase their voter-support. Demonising, marginalising and projecting Muslims as “terrorists” are the only weapons to be found in their propaganda arsenal.

The BJP and Narendra Modi are no different from Netanyahu and his Likud Party.

The MRN calls on the United Nations and the International Court of Justice together with our Department of International Relations and Cooperation to impress on the Indian Government to desist from adopting such legislation. These regulations are clearly and perceptibly discriminatory and racist.