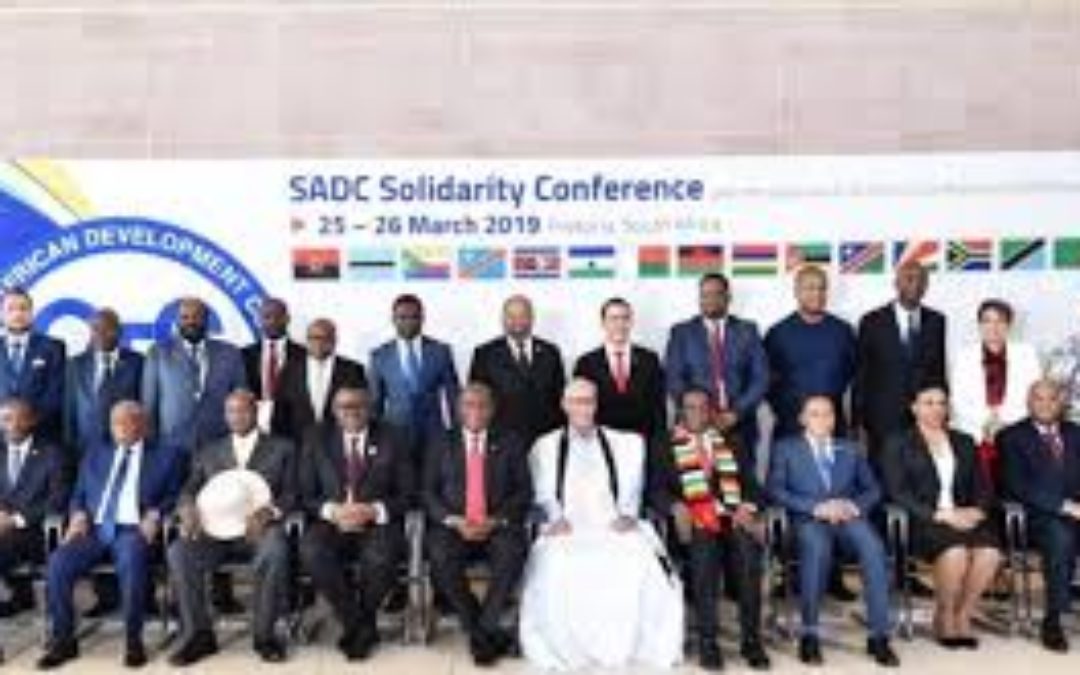 The issue of Morocco’s occupation of Western Sahara has once again divided the African Union (AU). Morocco decided as a counter, to hold a parallel conference on the same day that the Southern African Development Community (SADC) was holding a solidarity conference on Western Sahara in Tshwane, South Africa.

While we applaud this initiative by SADC, we call upon the organisation to whip some of its members to tow the line and speak with one voice on such an important issue as this. It’s a shame to hear that Malawi, Zambia, Madagascar, The Democratic Republic of Congo (DRC), Tanzania and Eswatini, sent representatives to the Moroccan meeting. They should be reprimanded for breaking ranks and abandoning the liberation ethos that has all along underpinned their very existence for the promises of development aid from Morocco and its Zionist friends.

I am completely saddened by the behaviour of certain regional bodies on our continent. The role that has and is being played by ECOWAS in this regard smacks of captivity. This body is under the domain of France which still plays the colonial master over much of this region. Nigeria which is supposed to give leadership to the region, has been incapacitated by the imposed war on terror and is used a leverage by the Zionist and colonial countries to keep it in check. It was France that ordered the reinstatement of Morocco to the AU through their colonies who had assumed leadership in Adis Ababa. I can argue here that, were it a Southern African country at the helm, nothing of that nature would have happened. Southern African countries owe their liberation from the good will and support of the (OAU) now AU.

Our leadership in SADC should also take action to remove Egyptian dictator al-Sisi at the helm of AU. Al-Sisi will not do anything meaningful to decolonise Western Sahara. We know that during his tenure nothing on Western Sahara will be mentioned. In conclusion, the call should be the one that was echoed by South Africa’s Minister Lindiwe Sisulu (Minister of International Relations and Cooperation) when she said “Let this conference serve to remind the region that Africa will not be truly free until the last colony, the Saharawi Arab Democratic Republic is completely liberated and her people enjoy full political, social and economic emancipation.