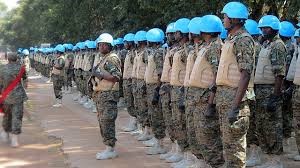 The United Nations (UN) formed in 1945, aimed at promoting global peace and security. However, rising interests and different ideologies have led to the emergence of different conflicts. In return, this has called for greater UN roles in restoring stability in conflict areas. History has shown that the UN has succeeded in restoring peace in some conflict zones while failing in others.

In the 1990s, the civil war in the Balkans led to the formation of United Nations Mission in Bosnia and Herzgovina (UNMIBH 2000-2002). The mission provided millions of US dollars to support capacity development and reconstruction.  A success in UN peacekeeping in Southern Europe.

In Asia, The United Nations Integration Mission in East Timor (UNMIT, 1999), formed by UNSC resolution 1704, and headed by Ameera Haj, an American, was a UN success. The mission supported the government in consolidating stability enhancing the culture of democratic governance and facilitated political dialogue among East Timorese and prepared them for eventual referendum leading to independence. Immediately after its closure (UNMIT), China built the presidential palace, Brazil provided financial support and Cuba trained its (East Timorese) doctors.

During the civil war in Sierra Leone, the UN Security Council (UNSC) failed to enforce an arms embargo on Eastern European countries (Ukraine, Kyrgyzstan and Slovakia) who shipped weaponry to Liberia and later smuggled to Sierra Leone, through a European arms dealer, with an accomplice from an alleged West African nation.

In addition, the UNSC failed to authorize a strong mandate to United Nations Mission in Sierra Leone (UNAMSIL) to enforce the arms embargo on the Revolutionary United Front (RUF) especially in Kailahun district. The civil war in Liberia between 1989-2003 led to the formation of a UN mission known as United Nations Mission in Liberia (UNMIL 2003), however, the presence of UNMIL did not stop the blood diamonds trade that led to thousands of people dying. In fact, allegations still linger on until today about the alleged role of European millionaires who participated in the trade and whose revenues was allegedly used to finance Charles Taylor’s government in Monrovia.

In 1994, before the Rwandan genocide, Gen. Dallaire notified the then head of UN peacekeeping force, Dr. Kofi Annan, about the impending danger. His warnings were ignored. Instead, western embassies in Kigali arranged the withdrawal of expatriates claiming the conflict had nothing to do with Europe! Furthermore, the Ministry of Defence in Belgium confirmed to supply arms to Hutu extremists in Kigali, regardless of the warnings given by Gen. Romeo Dallaire who demanded an explanation. He asked for more peacekeepers and more power to stop the looming genocide (UN Mission in Kigali was mostly comprised of Belgian and French forces), but the Belgians told him not to worry and to let the shipment go through and no additional peacekeepers would be sent.

On one occasion, Gen. Dallaire was infuriated and turned on his Belgian officer asking to justify why he was working for a nation that was arming the men that might kill him. The Belgian officer replied, “peacekeeping is peacekeeping, business is business, and the business of Belgium is arms.”

Furthermore, the US knew exactly what was going to happen more than two weeks before it started, but they decided not to get involved because Rwanda had no value to American interests. “Whether we get involved in any of the world’s ethnic conflicts”, Clinton said, justifying his decision, “must depend on the cumulative weight of the American interests at stake.” In his words, the US Assistant Secretary for African Affairs at that time, Prudence Bushnell, said “America has no friends, American has interests. In the case of Rwanda, America has no interest! Since America has no friends, the lawmakers did not prevent the genocide. In 1997, after the war, Bill Clinton visited Rwanda where he said: “America regrets  not preventing the Rwanda genocide.”

In the DRC, The United Nation Mission in Congo (MONUC 1999-present) {MONUC is an acronym of its French name “Mission de I’Organisation des Nations Unies en Republic democratique du Congo”} failed to protect the civilians from the marauding militants in the east of the country. Despite the mission presence, civilians continue to suffer at the hands of militias who continue to receive arms from individual arms dealers. The alleged role of Rwanda and Uganda in the DRC resource plundering was kept secret by the UNSC which refused to publish the report. By so doing, the UN became an accomplice to those who were guilty of atrocities and human rights violations so they and their patrons could continue to plunder the DRC.

In Darfur, the United Nations Mission in Darfur (UNAMID) failed to bring peace to Western Sudan. UNAMID’s failure was not a surprise since it was a competition of power between the European powers and the African Union. The rivalry between the two parties affects their ability to operate. It is similar to that of a master and his slave. In addition, UNAMID suffers from the divided UNSC over different interests in the Sudan, including American interest! UNAMID also lacked a mandate and the equipment to intervene. Some of its soldiers were armed with pistols against a government force with tanks.

In Libya, what the Americans described as the Arab Awakening, evolved into a civil war that saw the Jamahiriya disintegrating into clan-based regions. While the Arab oil flows cheaply to Europe via the Benghazi oil terminals, Africans continue to suffer under ISIS. Regardless of this, the UNSC never intervened except for NATO that came to Libya, bombed and left. In his remarks before leaving office, President Obama said, “We regret killing Muammer Gaddafi.”