Assassination of General Soleimani a Serious Violation of Iraqi Sovereignty. 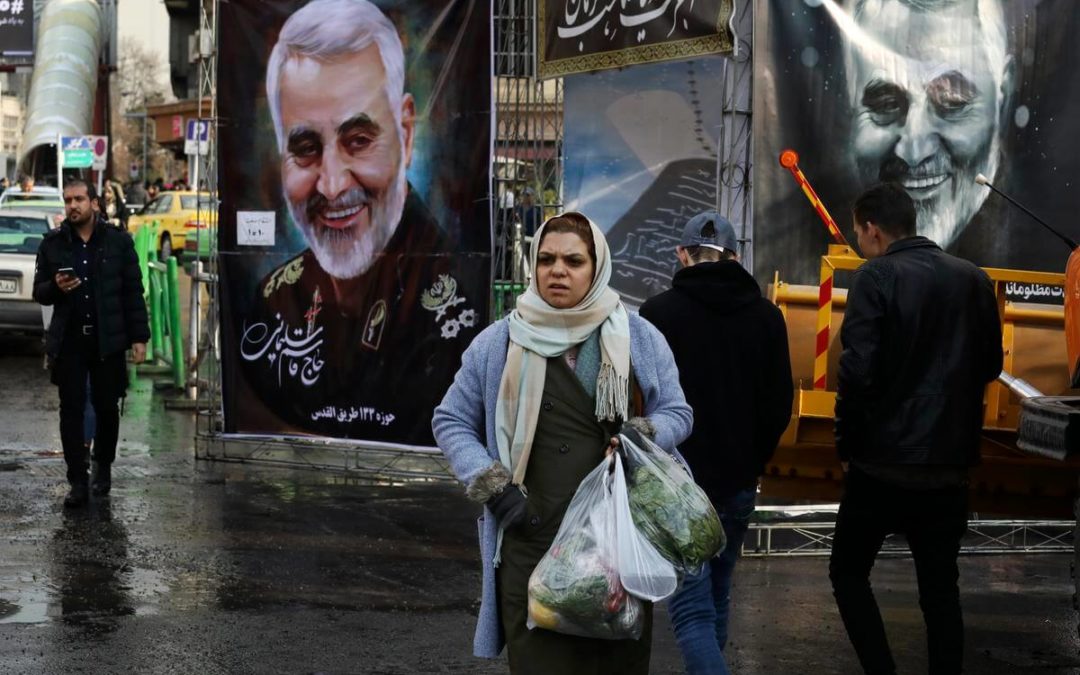 The assassination of the Iranian al-Quds Force commander General Qassem Soleimani has escalated rather than deescalate the tension already existing between the USA and Iran in the region. The leader of the Islamic Revolution Ayatollah Seyyed Ali Khamenei has vowed “harsh revenge” following the assassination. In his message on Friday morning, the leader announced three days of mourning. The Iranian Revolutionary Guards Corp (IRGC) said Friday morning that Gen. Soleimani and Abu Mahdi al-Muhandis, the second in command of Iraq’s Popular Mobilization Units (PMU) also known as the Hashd al-Sha’abi had been killed.

The second decade of the 21st Century has begun with a serious intensification in tensions between the US and Iran and further incitements which is tantamount to open acts of war. The assassination of Qassem Soleimani in swift succession to the 30 December American air strikes on camps belonging to the Iranian-supported Kataib Hezbollah (KH) led to angry protestors attacking the US embassy in Baghdad’s Green Zone, reminding us of the siege of the US embassy in Tehran back in November 1979. The starkness of the developments and potential consequences have now reached a critical stage.

The spokesperson of Iraq’s Popular Movement Unit (PMU), Ahmed Al-Asadi placed the blame for this brutality at the feet of US and Zionist aggression. Referring to Qassem Soleimani, Abu Mahdi al-Muhandis and four other members of the group killed as martyrs, he said that drones were used in the unprovoked attack.

A mass funeral procession was held on Saturday in Baghdad in honor of Gen. Qassem Soleimani and Abu Mahdi al-Muhandis. Tens of thousands of mourners joined the prayers ahead of the repatriation of his body to Iran where it will be taken to many parts of Iran before burial in his hometown.

The US, with its allies in the region, is treading a dangerous path of seeking to provoke Iran to respond more openly and punitively. By going for the leader of the Quds Forces and arguably the most important Iranian official after the Supreme Leader, and senior figures of the resistance movements, the US made a strategic move. These Resistance fighters, provide a sense of balance against US-sponsored terrorism in the region. It may just be a case of “out of the frying pan and into the fire”.

Donald Trump and Benjamin Netanyahu are both politically and legally tormented and beleaguered. Trump is battling impeachment while Netanyahu is dogged by major corruption cases.

Despondent, miserable, out of alternatives and united by a common cause, both leaders were on the lookout for a major distraction that would project them in an affirmative light within their countries’ respective law makers and media.

The outgoing Iraq Prime Minister Adil Abdul Mahdi has condemned the assassination of people who helped defeat ISIS in Iraq and Syria in the first instance. He said that the assassination on Iraq soil constitutes a serious violation of Iraq’s sovereignty. The United Nations Secretary General Antonio Guterrez has called for leaders to exercise “maximum restraint” and urged both parties to deescalate as the world cannot afford another war in the Middle East. The head of the UN human rights Miss Michelle Bachelet has condemned the assassination as a serious contravention of international law and a violation of human rights. Still in the USA itself, there is a split in opinions. Some Republicans are in support of the assassination while most of the Democrats have condemned it. Nancy Pelosi has raised the possibility of a violation of the constitution of the United States of America. She said congress was not briefed by White House. According to her, the law requires that Congress authorize such kind of operation. This could possibly add to his impeachment charges.

Russian Foreign Minister Sergey Lavrov has condemned Gen. Soleimani’s assassination as a serious violation of international law. One can just imagine what would happen if it were the opposite, a senior US general assassinated, certainly America would go to war. Meanwhile, the US Embassy in Iraq has called on all American Citizens to leave the country immediately fearing retaliation.

The United States of America and its European allies are the only one’s in this world who arrogate themselves the power to assassinate national leaders of other countries at will. From South America, Iraq, Iran, and Libya, leaders have been killed with impunity without anyone doing anything about it. It has been the rule of the jungle. The world should wake up to this and say enough is enough, it has to come to an end. I call upon the AU to vehemently speak with one voice and condemn this kind of behavior because one day it would happen to any one of them. Former Libyan leader Muammer Gaddafi was killed like a dog in Sirte and his body and that of his son displayed in a butchery window where people were encouraged to take trophy pictures standing beside his dead body. The then USA secretary of state Mrs Hillary Clinton was seen congratulating others across the Atlantic with the now famous saying “we came, we saw, he died”. This is the calibre of USA/Zionist leaders who don’t have any speck of compassion in them.

Gen. Qassem Soleimani fought against oppression, apartheid, and colonialism all his life. He was not a terrorist but a freedom fighter. He was so much hated by the Zionist/USA axis of evil simply because he fought for Palestinians right to self-determination and their right to live peacefully with respect side by side with their Jewish brothers and sisters. But the arrogant powers inside Israel and USA will not allow that to happen. They have a different agenda for the world which is that of superiority above every other race in this world. They serve a racist, tribalist and sectarian god who has chosen only one group of people to subdue everybody else in this world. Such kind of a god is what people like Gen. Qassem Soleimani refused to serve.

A significant response from the Iraqi Government has been to request the immediate withdrawal of all foreign troops from its soil. The nationalist cleric, Muqtada Al-Sadr has expressed his willingness to co-operate with all armed resistance against foreign invaders. Another component of the armed resistance is  the all-encompassing influence of Ayatollah Sayyid Ali Sistani.

More significant yet, will be the inevitable, albeit heavily cautious and calculated response from Tehran from the latest act of aggression by a desperate hegemon who is fighting against the tide of its growing geo-political insignificance in the region.

It is in the interest of all peace loving citizens of the world to categorically condemn this action by the warmonger Donald Trump and send a message to him that a free and democratic world will not be subjected to a repetition of colonialism and white supremacist ideology.