Has India under the leadership of Narendra Modi adopted a disastrous route in sharp contrast from a proud tradition of anti-colonialism to neo-nazism?

Historians familiar with the era of British colonialism in the sub-continent, and who recall India’s golden legacy in confronting it, in addition to imperialism and apartheid, will be aghast at the turn of events.

Mira Kamdar of The Atlantic captures it succinctly by insisting that India’s ruling party will allow nothing to stand in the way of its Hindu-nationalist agenda. 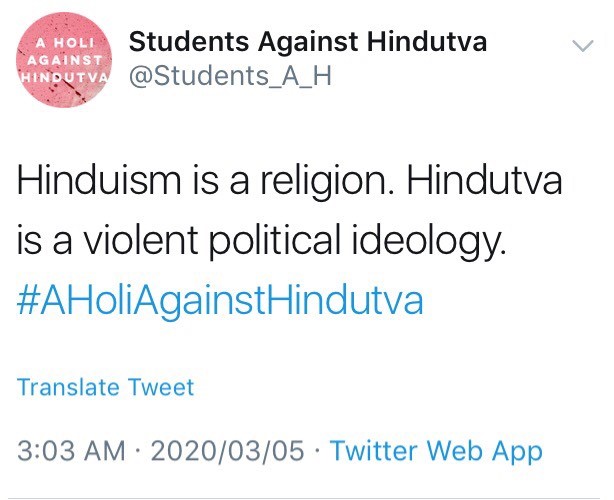 Commenting on recent mob-violence targeting Muslims in Delhi, Kamdar is adamant that it was a pogrom.

“In more than an echo of the past, the recent violence in Delhi is a lesson aimed at Indian citizens who, since December, have dared to resist the transformation of the secular Republic of India into a Hindu state, a transformation accelerated by Modi’s reelection last May.” 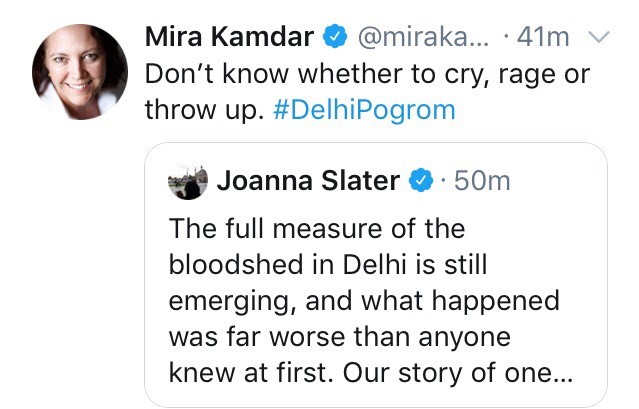 If anyone needed a reminder of the extreme rightwing Islamophobic direction the Modi government has chosen to impose on its population, Delhi is the latest barometer. As Kamdar points out, the violence unleashed against Muslims in Delhi by armed Hindu mobs during President Donald Trump’s visit to India is a portent and a lesson.

In typical neo-Nazi fashion, Hindu mobs responding to war-cries from leaders of Modi’s political party, the BJP, went on a rampage. Kamdar confirms that more than 40 people were killed—including an 85-year-old woman too frail to flee her burning home—and more than 200 people, mostly Muslims, were injured. 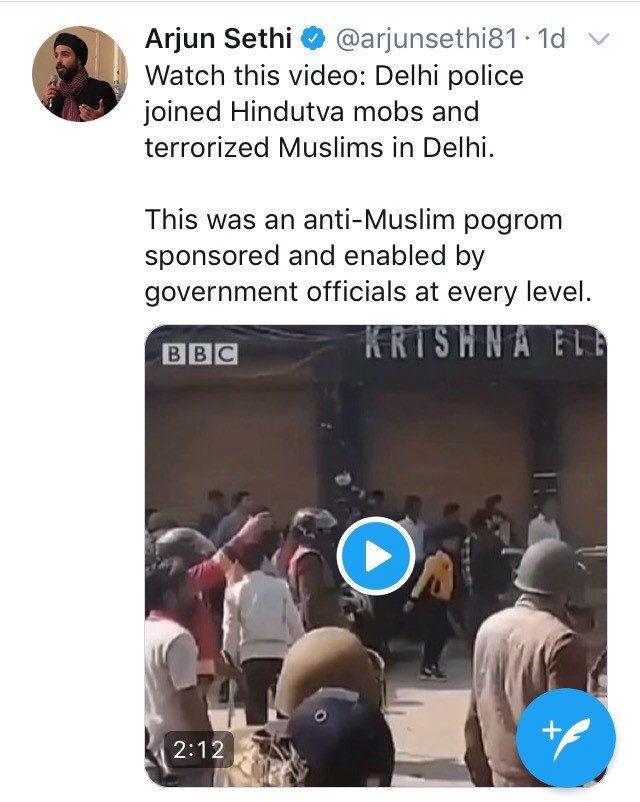 The choice made by Modi’s ruling party as per Kamdar is that it will allow nothing to stand in the way of its Hindu-nationalist agenda.

The evidence is clear. Unambiguous, shameless and brutally provocative as the trajectory reveals.

Kamdar’s summary illustrates alarming details of the BJP route as it forcefully and violently seeks transforming India to a Hindutva regime:

“In August, Modi’s government revoked the special status of the state of Jammu and Kashmir that allowed the state to make its own laws, rounded up elected leaders and thousands of citizens, and put them in detention, where they languish still.

Kashmir was put under an internet lockdown that was only partially lifted five months later to allow access to a carefully curated set of sites handpicked by the government.

Also in August, the conclusion of a National Citizens Registry (NRC) in the northeastern state of Assam resulted in some 2 million people, mostly Muslims, being stripped of Indian citizenship after failing to produce sufficient documents to prove their nationality.

What brought these geographically distant developments home to Indians in Delhi was Shah’s promise, in November, to implement the NRC nationwide, followed by the December ratification by both houses of India’s Parliament of a Citizenship Amendment Act that fast-tracks Indian citizenship for non-Muslims from Pakistan, Bangladesh, and Afghanistan. The new law opens the door to legal discrimination against Muslims.” 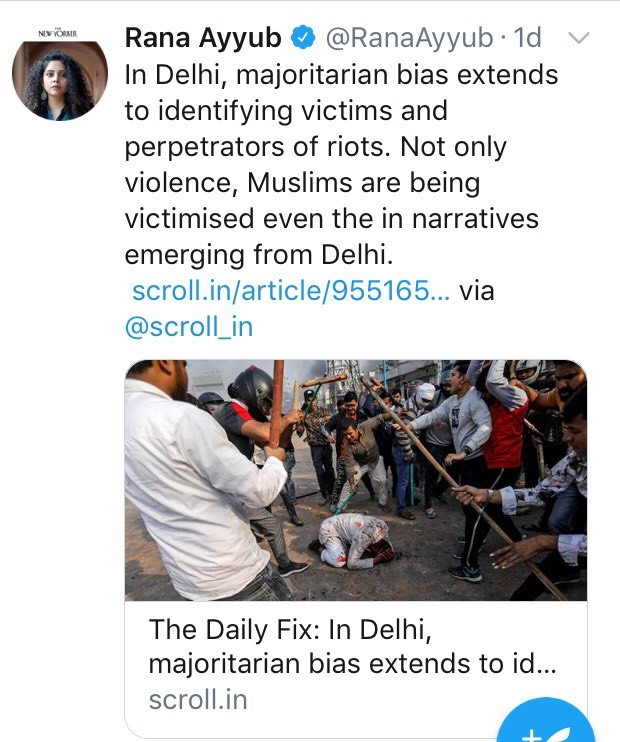 Though overwhelming evidence points to Modi leading a premeditated campaign of hate against Muslims by his political home, the paramilitary terror outfit with neo-Nazi leanings, known as RSS, it is alarming to note that critics of his racist ideology are demonized as “anti-Hindu”.

South Africa for instance, should be wary of groups and individuals with ties to the Modi regime, either directly or via the Indian Embassy, who may seek to silence voices of critics.

Given the extensive ties cultivated between Modi and Benjamin Netanyahu, spanning across politics, military, economics, tourism, intelligence, security and Bollywood, it is entirely likely that propaganda units such as Israel’s “Hasbara outfits” have been set up in parts of the world, including South Africa.

Though slander, abuse, hate and vitriol are disgusting characteristics of India’s “Hasbara” trolls, mortal danger may face critics if spurred on by Modi’s sidekick Amit Shah, the all-powerful Home Minister.

Will it spill over in South Africa against anti-Modi protesters? Depends entirely whether the intelligence and security cluster are proactive in tracking RSS cells operating here.

A crucial fact about this terror outfit is that it was banned in India within five months of becoming independent in 1948 and within two days of the assassination of Mahatma Gandhi.

Equally important is the unequivocal determination as reflected in the language of the Indian government’s resolution back then:

“…to root out the forces of hate and violence that are at work in our country and imperil the freedom of the Nation and darken her fair name. In pursuance of this politics (the GR says] the GOI has decided to declare as unlawful the Rashtriya Swayamsevak Sangh…”

As South Africa’s veteran struggle activist Firoz Cachalia emphasized at a recent protest meeting, Modi has betrayed India’s anti-colonial legacy. He reminded the audience that India was a leading player in opposing Apartheid South Africa as well as a key member of the Non Aligned Movement (NAM).

Formed as an independent block of countries, NAM was founded during the Cold War. Kwame Nkrumah of Ghana, Gamal Abdul Nasser of Egypt, Sukarno of Indonesia, Josip Broz Tito of Yugoslavia and Jawaharlal Nehru of India formed its leadership.

India today is overwhelmed by fascist policies derived from adherents of the BJP and the RSS. Being far removed from the socio-political goals of It’s founding fathers, Modi has chosen a path to plunge the country into an abyss, at a huge cost to the safety and dignity of Muslims.