MODI’S INFERNO BLAZES IN THE FACE OF INTERNATIONAL SILENCE. 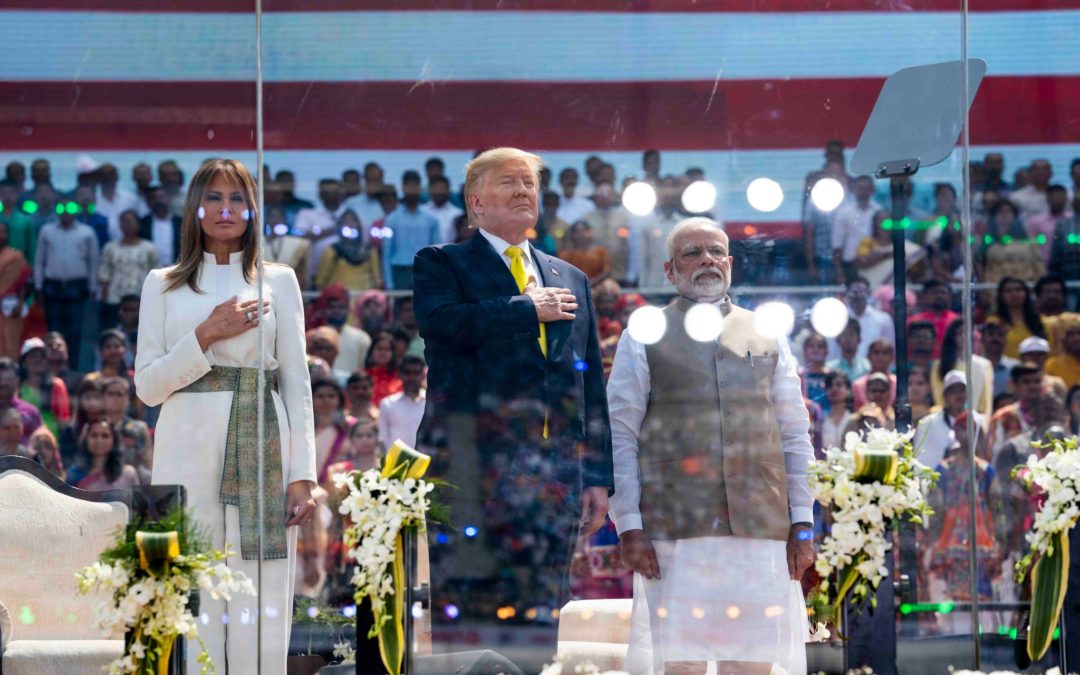 Peaceful protests on the streets of the Indian capital, New Delhi, has severely exposed the hypocrisy, fraud and double standards of western imperialism and empire building.

Donald Trump, the champion of western “democracy”, when addressing a crowd of Modi-supporters in the State of Gujarat, on a recent visit to India said: “India proudly embraces freedom, liberty, individual rights and the rule of law”. Ironically, it was in this very state when Modi was Chief Minister in 2002, that more than 2000 Muslim men, women and children were mercilessly brutalised, maimed and killed. Modi is a member of the Fascist organisation, the Rashtriya Swayamsivak Sangh (RSS) and leader of its political wing, the ruling BJP. Modi was culpable in this pogrom.

Distressingly, history is repeating itself on the streets of Delhi during Trump’s visit, but this time, with Modi as India’s Prime Minister.

India has recently passed the Citizenship Amendment Act (CAA) and the National Register for Citizens (NRC). These pieces of legislation are unprecedented, unconstitutional, fundamentalist and anti-secularist. The opposing forces on the streets of New Delhi, the supporters of religious nationalism and the supporters of secular-nationalism, will find that these laws will prove as dark a threat to their identities as that which colonialism presented. Trump does not see nor does he understand the reality on the streets of Delhi. He told the crowd at the same gathering that “your unity is an inspiration to the world”. Whose freedom and what unity is Trump referring to?

Nation-wide protests have raged for months in cities across the country. Critics of these laws are of the opinion that they discriminate against minorities and that they seek to enshrine religious discrimination into Indian citizenship.

These latest riots have led to the burning, looting of Muslim homes and businesses and deliberate destruction of mosques. Mainstream media have failed in their responsibilities to inform the world of the grotesque and unimaginable brutality of the attacks on defenceless citizens belonging to minority groups and especially Muslims. Social media platforms have reported in graphic detail, the extent of the vicious and inhuman savagery of these attacks.

The critical question is: In a fascist dispensation, is there room for Justice within a constitutional democracy?

In reality, what’s at stake is the definition of democracy: Does majority rule mean that majorities simply rule? Or does genuine democracy require that minorities, whether defined in religious, ethnic, or ideological terms, be granted institutional protection. It’s a question with which nations across the world will have to wrestle with. Not least the United States, Britain, and much of Europe.