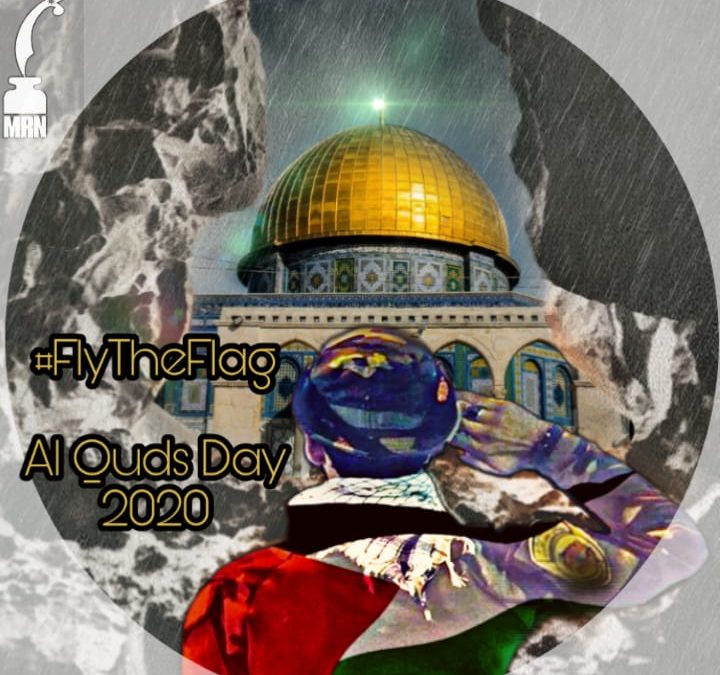 As many parts of the world express solidarity with Palestine’s struggle to liberate themselves and their land from Zionism’s settler colonial project, we acknowledge the profound wisdom and foresight of Iran’s revolutionary leader Imam Khomeini for having declared the last Friday of Ramadan as the Day of Quds.

During the final days of the revolution which ousted America and Israel’s trusted point man, the Shah of Iran, the world’s attention was focused on the epic change which thrust the new Islamic Republic onto the global stage.

In keeping with the spirit of the dynamic ethos of justice, honour and dignity and in solidarity with oppressed people around the world, particularly South Africans facing wrath of apartheid masters and Palestinians dispossessed by Israel’s terrorism, Iran’s new leadership took bold steps.

#QudsDay is thus a significant outcome of Iran’s visionary leaders, necessitating the commencement of global strategies to overcome Israel’s inhumane policies and to restore freedom and justice for Palestine.

We in South Africa are acutely aware that the goals and ambitions of the Zionist project has not ceased.

In defiance of all known conventions and in particular international laws, the apartheid regime has relentlessly continued its colonial conquest of Palestine.

It is now on the cusp of further annexation with the blessing of the Trump administration while the Western world and unelected Arab dynasties nod their approval.

#QudsDay reminds us of the shameful betrayal of the Saudi monarchy which has blatantly embarked on a campaign of “normalization” while ethnic cleansing, killings, imprisonment, torture, home demolitions and the siege of Gaza confronts the Palestinians.

While many may express surprise and shock at Saudi regime’s obnoxious behaviour, it is in tandem with Zionism’s inherently violent and brutal project.

Nevertheless, it is to the credit of Palestinians that despite the enormous odds stacked up against their legitimate freedom struggle, they remain resolute in their determination not to succumb.

Unlike South Africa’s liberation movements which had formidable allies in the neighbouring states, Palestine’s so-called “frontline states” comprising of Egypt, Saudi Arabia and the rest of the Gulf oligarchies have sided with Israel.

Despite such setbacks, we are in awe of the Palestinian people’s resolve to defend themselves. Not only have they been an inspiration to our own struggle against apartheid, Palestine has redefined the art of Resistance.

Though the tools they possess to resist are limited, the sacrifices they have offered and continue to make are limitless.

As solidarity activists and movements outside Palestine, we must remain committed to extend all forms of aid required to strengthen and enhance the Resistance.

We must ensure that the Palestinian struggle is placed at the centre of global attention for their fight against settler colonialism embodies many struggles in Asia, Africa and Latin America.

#QudsDay binds us all as participants of this noble struggle and we dare not succumb to pressure and personal attacks routinely used by Israel and its agents to demonize solidarity activists as “antisemites” and “terrorists”.

Our focus is clear: we must not allow settler colonialism to succeed.