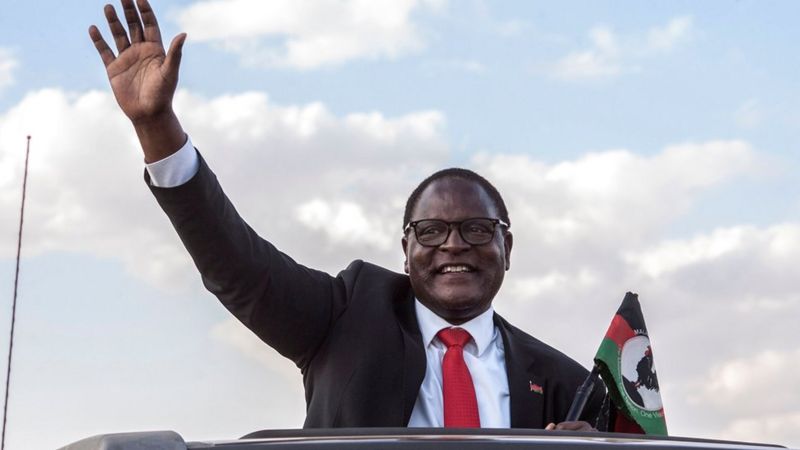 In an article that appeared in the South African Jewish Report of the 10/09/2020, titled “Malawi may be first African country to open embassy in Jerusalem” it is reported that the newly elected Malawi President Dr. Lazarus Chakwera is thinking of opening an Embassy in Jerusalem. The report says he has been inspired by the recent announcement by Israel and the United Arab Emirates (UAE) that they are moving towards establishing full diplomatic and trade relations between the two countries. Well, it is a pity to hear that Dr. Chakwera is dragging Malawi towards that direction, siding with Israel against the oppressed Palestinians.

However, given his background as a former Pastor of the Assemblies of God Church, a Pentecostal movement, he was bound to do so. Many Pentecostal Churches are what we can call Christian-Zionists. The Israeli intelligence (Mossad & Shin Beth) has long penetrated these churches and tempered with their interpretation of certain key scriptures that speak about the position of Israel in world affairs such as “God cursing those who curse Israel and blessing those who bless her”. Every Pastor in these Pentecostal churches are meant to believe that this applies to the current Zionist government in Israel who are daily butchering innocent Palestinian women and children, at the same time, practicing apartheid on them. What these Pastors do not know is the fact that this current Zionist regime in Israel does not consider them as believers in the first place. The Zionist do not believe that Jesus is the Messiah. They are waiting for their own militant and racist messiah. In their books, Jesus is portrayed as one of the many imposters who have claimed to be the messiah. The God of these people is actually a racist tribal God who has chosen them to be lords over all people of the world.

I wish Dr. Chakwera knew that including him, to these people, he remains a gentile or unbeliever who will not go to heaven no matter what. They believe in the first place, that Jesus of Nazareth was not the messiah promised in the Bible. Africa faces the danger of these religious bigots rising to power and trying to kind of rule according to religion but often failing dismally to achieve their goals. We have seen these religious bigots trying to influence elected leaders as seen by how many African leaders are being controlled by these Pastors and false prophets to run state affairs. We have heard news of how elected leaders make important decisions for the country based on what they are told by these false prophets. Africa should strive to separate religion from politics and avoid falling into this pit dug by Mossad. Look at one of the modern-day false prophets TB Joshua of Nigeria, and the amount of influence he exercises on the continent? Many of our leaders are seen visiting him at his synagogue church in Lagos to seek counsel and prophesies.

Dr. Chakwera should know very well that what Israel is doing to the Palestinians is the worst kind of treatment than what many colonial masters who had divided Africa between themselves did to black Africans. Jerusalem is a contested city that does not belong to the Jews only, it belongs to Palestinian Muslims and Christians as well.

Please sir, read the UN resolutions and pronouncements on Jerusalem before taking your country along this shameful road. If it is the blessings of God that you seeking for your country, well, they are right there for you in Malawi. You do not need to look for blessings via another country which is a racist and oppressive country for that matter.  Unite your people, encourage them to work hard and worship your God in truth and in spirit and behold He will be there for you and bless you.

I call upon Dr. Chakwera and indeed Malawians of good reason to try and reason together concerning this move. Let not Malawi have this reputation of what happened in the past when it was the only country in Southern Africa that kept diplomatic ties with apartheid South Africa at the expense of the rest. Oh yes Dr. Banda was rewarded by the apartheid regime which built the new capital city of Lilongwe, a development which has left a dent on his overall legacy. Once you allow the Zionists to entrench themselves in your country and systems, you will forever regret.