ZIONISM AN EXTENSION OF COLONIALISM IN AFRICA 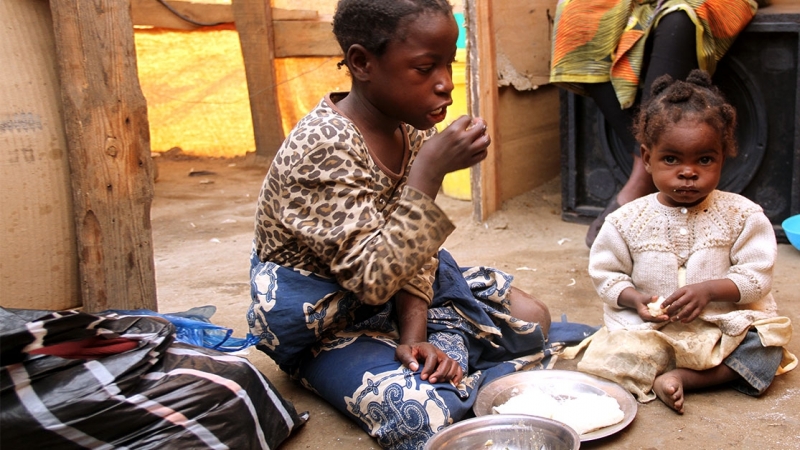 The new scramble for Africa by the three major powers of world (The United States of America, Russia, and China), has been going on unabated for quite some time now. However, this new conquest is not happening like in the olden days where an actual direct rule occurred, it has assumed a new dimension and is being done through chosen African proxies who act on behalf of these powers. It is perhaps important to mention right from the outset that Zionism, Imperialism, and Colonialism, is one and the same thing. It is always the other side of the same coin. It is the same project named differently. The people at the helm of these ideologies are indeed the same but manifested slightly differently.

Zionist Israel under the leadership of Prime Minister Benjamin Netanyahu has recently embarked on a charm offensive to capture the African continent. This is being done using two promises of providing (1) security and (2) drip technology. With these two offerings, Israel has declared that its charm offensive will succeed. In recent years, we have seen Mr Netanyahu visiting several countries in Africa. Ethiopia, Chad, Uganda, Kenya, Rwanda, Sudan, South Sudan, and other West African countries have all been charmed in his offensive, and it seems like one by one, African countries are falling to this charm offensive.

While there is no problem for Israel or any other country in the world to share technology, especially that which benefits mankind, it is the politicization and weaponization of the same that we are against. Technology should not be used as a political tool. Take for instance, the so called “Drip Technology”, it is a brilliant technology that would benefit mankind especially those living in dry areas of the world, to improve their farming and therefore, increase food production in the world and get rid of hunger. However, Israel, is using this technology in Africa to buy its way in exchange for political recognition. If you do not recognize Zionist Israel, you do not get the technology. It is technology for the recognition of the Zionist entity, in other words, technology for looking the other side when Zionist Israel kills and persecutes Palestinians. That should not be acceptable. Why not help humanity with that technology without strings attached?

The other tool used by Zionist Israel to buy recognition into African countries is none other than “Security Technology”. Zionist Israel has made advances into for instance, spy technology. Many African countries are being run by ruthless dictators who do not want to leave power and anything that can assist these dictators to control the population not to rise and remove them from power, is welcome. Israel is home to such kind of technology, and they are now using it as carrot stick to get into good books with many of these dictators on the continent and in the Arabian Gulf. It is important to mention that this kind of technology does not benefit most of the people of Africa. It benefits the dictators ruling over them only.

The other strategy that they use is that of creating wars in highly resourced areas on the continent. These wars are started and financed by the same Zionist/Imperialist/Colonialist surrogates who are also the owners of the military industrial complex in the USA and Europe, for business purposes. They reap Africa through what we can call a legitimate way where they come in invited by these dictators to assist them in fighting these so-called ISIS or al-Qaeeda terrorists. Nowadays these terrorists are everywhere even in territories which are not associated with Islam if there are resources like gold, diamond, cobalt, coltan, platinum and oil and gas.

It is well known that Africa is seen by many Zionist/Imperialist/Colonialist countries as the gold mine that sustains their economies. By hook and crook, for centuries, Africa has had its precious resources like gold, diamonds, cobalt, coltan, platinum and oil, stolen, exploited and looted by these countries. Even today, Africa is tactfully exploited by China of its resources to aid its development with very little actually accruing to Africa. It becomes clear from all these maneuvers of the Zionist/Imperialist/Colonialist pantheon that their motivating factor is none other than, their insatiable hunger for Africa’s resources. Their main aim to get hold of these resources at the expense of the African people to benefit themselves and their children, to create jobs for their citizens and not the people in the places where these resources are taken from.

Indeed, they will not let go of Africa until the day we of Africa unite and say “no” to them. Today, it is very true that any recession in the West or China for that matter, is followed by massive looting of African resources, and within no time, one hears they are out of their recession. This issue really needs to be brought to the attention of our people. The people of Africa need to unite and confront this pantheon of a monster and uproot it completely in order to realize our potential. We cannot continue to live in poverty when we are citizens of such a resource rich continent. All our resources are being looted by this pantheon of a monster to Europe, USA and China and one day we will wake up to a continent depleted of its resources.