THERE IS ALWAYS A PRICE TO PAY FOR BEFRIENDING THE ZIONISTS 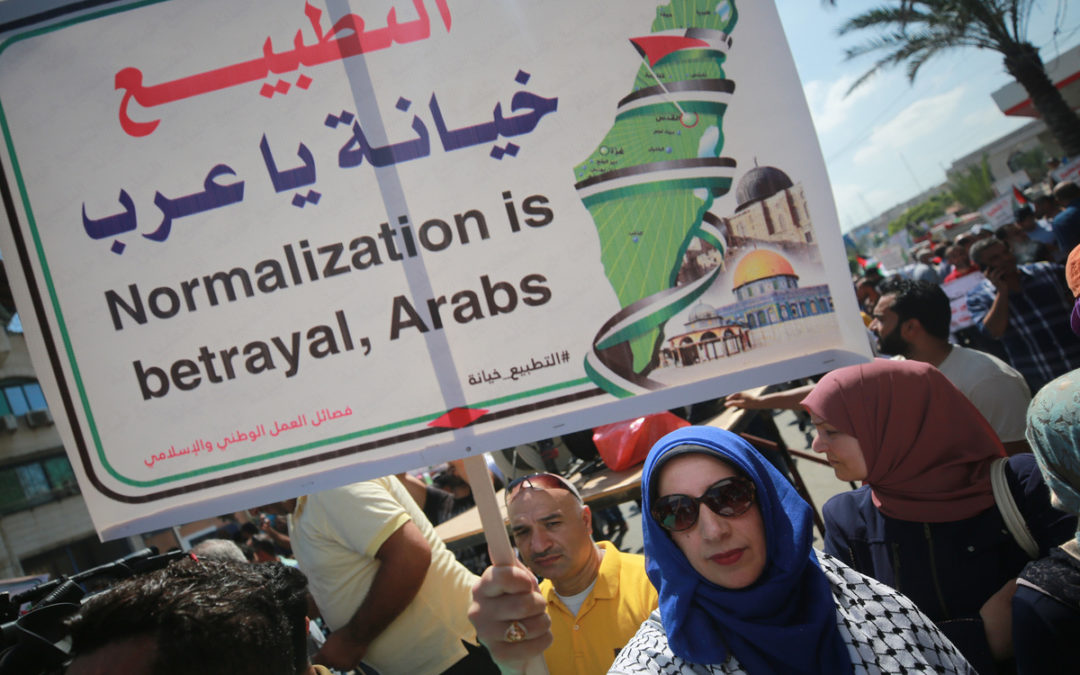 African countries should know that whenever you be-friend the Zionists, you will never know peace within your countries or region. This has been proven right wherever it has happened. The so-called normalizations that are currently going on in some Arab and African countries will ultimately prove my theory right. Zionism is an ideology of destruction, pillaging of other people’s resources, grabbing of other people’s territories and the spilling of innocent blood. I will give you examples of two spots on the continent where this could possibly unfold. And these are Ethiopia-Sudan or Morocco-Western Sahara.

Here is how it could all play out in the above-mentioned countries. After the normalization between Morocco and Israel, trouble is brewing in Western Sahara. There is a possibility of a full-fledged war breaking out between Morocco and the Polisario Front which has the potential of sucking in Algeria on the side of the Polisario Front and Morocco and the US on the other side. For US read Israel. There is evidence already that suggests that Morocco has been receiving arms shipments from Israel since the beginning of the year. Knowing Israel, that will be enhanced to greater heights now that there are full diplomatic relations between the two countries. All this will happen courtesy of the so-called “normalization”.

On the Sudan-Ethiopia front, there is a possibility of war there as well. On the 16/12/2020, Sudan’s armed forces has said that several of its officers were ambushed by “Ethiopian forces and militias” during a security patrol of the border region.

“During the return of our forces from combing the area around Jabal Abutiour inside our territory, they were ambushed by Ethiopian forces and militias inside Sudanese territory, as a result of which lives and equipment were lost,” the army said on Wednesday, adding the attack took place on the previous day. The Sudanese army did not specify how many officers were killed.

Sudanese Prime Minister Abdalla Hamdok also confirmed the incident in a tweet on Wednesday. Residents said that reinforcements were being sent to the area, which is part of the Fashaqa locality where some Ethiopian refugees have been crossing into Sudan. Fighting erupted on November 4 between Ethiopia’s government and the Tigray People’s Liberation Front (TPLF).

Thousands of people are believed to have been killed and more than 950,000 displaced, some 50,000 of them into Sudan, according to United Nations estimates. Hamdok visited Ethiopia briefly on Sunday and relayed his concerns about threats to Sudan’s security along its border with Tigray.

Is it a coincident that this is happening immediately after the countries involved have just normalized with Israel? The answer is that it is not, it is rather by design. When the Zionists enter the theatre of operation, that is what happens. Because they always come into a scenario with a well calculated plan to inject chaos to enable them to pillage the natural resources of other people by hook and by crook. In the process of achieving that, blood is spilled, and people die. People who were friends end up becoming enemies. One has just to look at what they have done in Palestine. It used to be the land of peace where people lived in harmony. Jews and Arabs used to even intermarry but that is not so today.

Zionism is an ideology based on discrimination, exclusivity and the purity of the Jewish race.  If you allow it to take root on the continent there will soon be chaos right at our doorsteps. It will plant divisions and hatred among people of the same colour.

I have heard of people on this continent who say that “my tribe” is the chosen tribe. It is, therefore, superior to the others. In certain African countries, the Zionist ideology is the cause of instability which eventually spills into the political arena and you hear people say: “only my tribe has the right to rule in this country because we are the chosen people”.

The ideologies of racism and apartheid all trace their roots to Zionism. That is why you heard the National Party in South Africa during their minority rule justified apartheid from a Biblical standpoint making use of the same verses that the Zionists are using to justify their claims to Palestine.  The toxicity of Zionism knows no bounds.

In 2014, the then Labour Shadow Minister in the UK Parliament, Richard Burgon, referred to Zionism as the “enemy of peace”.

I also take this opportunity to remind my African brothers and sisters on the continent and in the diaspora, of that infamous Zionist slogan “a land without a people for a people without a land”, when referring to Palestine.

The irony of it all is that Zionism will never consider anyone who is not Jewish whether white or black, to be their equal. You remain a gentile, forever condemned to being the lowest of all creation just because you are not white and Jewish. I would like to warn our leadership on the continent to be aware of this cancer called Zionism and treat it with the contempt it deserves. Stay away from it and save your peace and even your thrones. It is an ideology of divide and rule which does not care about people who they even call “our friends”. It has all to do with “no permanent friends, or enemies”. it is based purely on their interest for that moment.