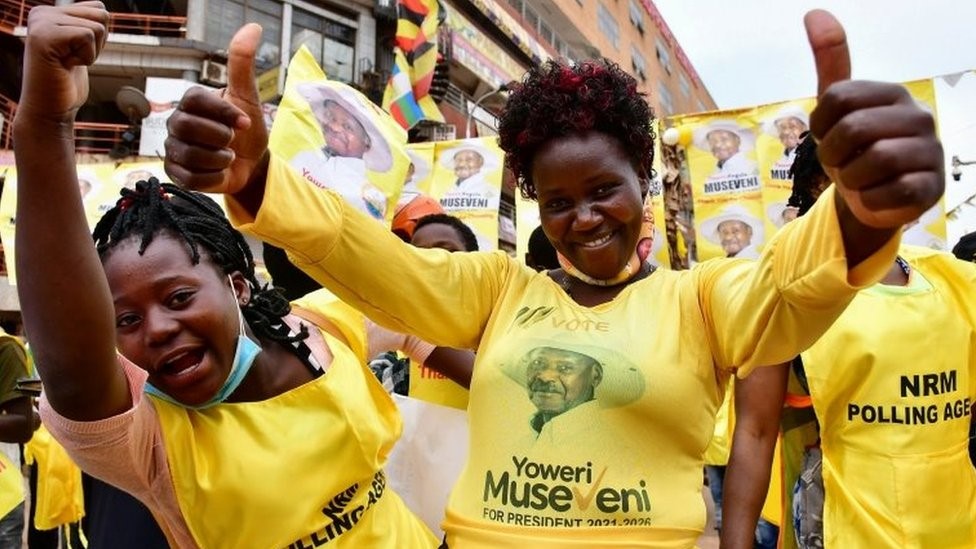 Ugandans are going to the polls preparing to choose a new president for the country today. The choice is between long serving President Yoweri Museveni and the youthful Robert Kyagulanyi aka Bobi Wine. The situation in Uganda is more similar to what it was in Zimbabwe during the days of President Robert Mugabe. A glance at all social media platforms, the Ugandan elections seem to have raised a lot of interest among Zimbabweans. Many Zimbabweans draw comparisons between what is prevailing in Zimbabwe with what is going on in Uganda. They see President Yoweri Museveni as a dictator who is refusing to leave power in the mould of the late President Robert Mugabe and Robert Kyagulanyi aka Bobi Wine like Nelson Chamisa, youthful and energetic. Whether that will translate to the actual numbers on the ground to win this election, remains to be seen. Uganda is a very complicated country to run, it needs a mature and experienced leader, otherwise, it is of no use to just change leadership for the sake of changing and then end up in serious problems that you cannot handle.

There are indeed many similarities between the two countries in political terms. The incumbent President Museveni is credited for having brought peace, economic prosperity, and democracy to Uganda. I remember very well when Uganda used to have coups almost every other week and chaos reigned all over the country. It was President Museveni who brought that to an end when the National Resistance Movement (NRM) captured Kampala and set up a government. What followed is there for all to see. Today Uganda is quickly turning into a middle-income economy with a lot of development for all to see. Let us not dwell on the age of the President as a scapegoat for his removal, lets judge him on what he has done for the country. I flew into Entebbe last January and I was shocked to see the amount of development that had taken place from since I was last there 10 years ago. The NRM government has built roads even in the rural areas. As I drove from Kampala to Kasese then to Bwera on the border with the DRC, I was impressed with the amount of development that has taken place in Uganda since I was last there.

Africans must get over this illusion that when a President is old, then they are incapable of delivery. In actual fact, it is not the President who does the delivery, it is the team that surrounds him that delivers. The technocrats that he brings into government ensure delivery. The President just presides over the teams and sets goals for them to achieve. So, this notion of the President is old, does not sound convincing at all. It is also not true to say that when a nation has a young leader, then for sure it will prosper. Mandela managed the South African economy very well during his term in office, was he a young man? This is far from the truth. Africa needs leaders who love their country and are willing to work for the people. This is what Africa needs. I see Kyagulanyi lacking in that. He through his external lawyer, like Nelson Chamisa of the MDC-A party, is trying to lobby the USA government to impose sanctions on Uganda. Why not ask Nelson Chamisa about the effects of sanctions on a nation? The MDC party in the early 2000s trouped to the USA lobbying them to impose sanctions on Zimbabwe but 20 years down the line, the devastation the sanctions have caused are unbelievable. The country has lost billions of dollars as a result of that. However, Chamisa and those around him are still in denial that sanctions have caused a lot of damage to Zimbabwe than anything else. In this regard, Bobi Wine is similar to Nelson Chamisa. I think they are all singing from the same hymn book.

Last week, Bobi Wine’s children left Uganda for the safety and comfort of the USA while he is expecting other people’s children to make a sacrifice for him to get to state house. I honestly think that there is nothing new that Robert Kyagulanyi or Nelson Chamisa will bring to their respective countries that these elderly leaders cannot do. The notion that because they are youthful and it will automatically translate into economic prosperity for their respective countries, does not carry weight. They do not have clear or known ideologies to guide their countries forward. All they know is our leader is old therefore he/she must be removed period!

Looking at Zimbabwe for example, when President Mnangagwa took over from President Mugabe, he inherited an economy which was in tatters. He had to put in place painful austerity measure in order to stabilize the economy. Yes, these measures have been very painful to the majority of our people. However, those austerities are now beginning to pay as our economy is now on the mend. If the truth be told, and which one day will be told, it is these so-called youthful leaders who campaigned for sanctions which they are refusing to renounce even up to now, who are to blame. Of course, some of these MDC leaders have since denounced the sanctions and have come clean. As the people of Uganda vote today, please beware of singing from the same hymn book of the MDC-A. Vote for a leader who is consistent and who will never sell out the country to foreigners at the expense of its nationals.