Will South Africa unravel the mystery of the #VisaScandal? 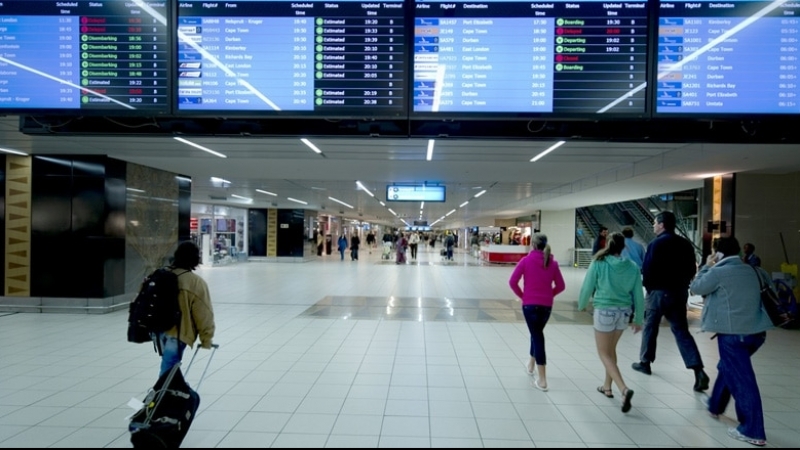 The campaign to petition South Africa’s ANC-led government to lift punitive Visa restrictions applicable to Palestinians desirous of travelling here, is a necessary yet embarrassing exercise.

Many people including veterans of the anti-apartheid struggle familiar with Palestine’s freedom struggle, and aware of deep historic ties having existed between the two liberation movements, are shocked to discover the existence of unfair visa requirements.

And that the practice of discriminatory protocol allows Israelis to enter South Africa freely without the need for visas but excludes Palestinians, is an embarrassing blow to the memory of thousands who shared trenches to confront the twin evils of apartheid and settler-colonialism.

While some may dismiss the dual standards inherent in the practice of favouring Israel and punishing Palestinians as reflective of an era in which expediency trumps morality, it doesn’t make it right.

In addition to the fact that it is untenable to have discriminatory policies in place against the Occupied Palestinians while favouring the Occupying power, it goes against the grain of all the values of human rights upon which South Africa’s foreign policy rests.

Though some current members of the ANC-led government would be as horrified as the rest of the public to discover that Visa protocols applicable to Palestinians are unduly restrictive and racist, it behoves them to reverse this injustice.

Since the defeat of apartheid and the advent of democracy, the South African government has proudly proclaimed solidarity for Palestine’s freedom struggle. And in pursuit of this human rights imperative, has displayed remarkable courage to offend Israel’s main benefactor, the United States of America at the United Nations.

Initiating resolutions at the UN General Assembly, lobbying member states at the Security Council, at repeated intervals to defend Palestinian rights and to oppose Israel’s creeping annexation via illegal settlements, are among the outstanding distinctive features of the country’s foreign policy.

Yet to discover that these substantive areas of solidarity are shamefully being undermined as a result of inexplicable dual standards in respect of visas, is contemptible.

More damaging is the notion that in the midst of a severe Corona pandemic hot on the heels of an equally endemic wave of corruption, South Africa seems to be floundering yet again with what is described as a #VisaScandal.

Understandably media focus has been on the high toll caused by the pandemic and the ensuing debate on whether the Ramaphosa administration failed to anticipate the enormity of the second wave, thus ill prepared to secure vaccines on time.

It’s a debate which will continue as conflicting arguments for and against the efficacy of various forms of vaccinations enter the public domain.

Indeed the bungling which has resulted in extraordinary long delays at border crossings, particularly at Beit Bridge, causing untold suffering and tragic loss of lives, may not be swept under the carpet.

None can argue that these are profound challenging times for South Africa as citizens expect officials of the elected government to fulfil their needs and rights.

These rights as enshrined in the constitution, flow seamlessly through the Bill of Rights. Impacting as they do on external policies, it is reasonable to question why double standards are applied which unfairly discriminate against Palestinians.

It is thus understandable that leading members of civil rights movements within South Africa and overseas, support the #VisaFreePalestine campaign launched by the Media Review Network to petition President Cyril Ramaphosa to urgently intervene by lifting the restrictions.

These individuals include icons of the struggle such as the legendary

They also include Jewish critics of Israel’s illegal Occupation such as academic Richard Silverstein, who has actively supported and promoted the campaign.

As the list of signatories grows so does the momentum to have this senseless embarrassing protocol expunged without delay.

Though some media have raised questions on this issue, it is regrettably true that details about the circumstances related to the imposition of dual standards have been scanty.

For instance it would be important to contextualise the application of “No Visas for Israelis” against the bureaucratic hard-line visa requirements for Palestinians, if it was a legacy of the apartheid era inherited by the ANC-led government.

If indeed this is the case, it is reasonable to argue that the post-94 democratically elected government has not only failed to reverse this injustice, but blatantly continues to enforce it.

If on the other hand it was introduced after 1994, we need to know why? And the next question would be under which administration, given that we’ve had a progression of admins from Presidents Mandela, Mbeki, Zuma and Ramaphosa?

As intriguing as it sounds, a follow up question would be whether the conflicting standards arose from any “trade offs”? If so, with whom and yet again the all important why?

That these probes are necessary to unravel the mystery of the #VisaScandal, goes without saying. And hopefully investigative journalists will rise to the occasion.