France in the dock for Islamophobia 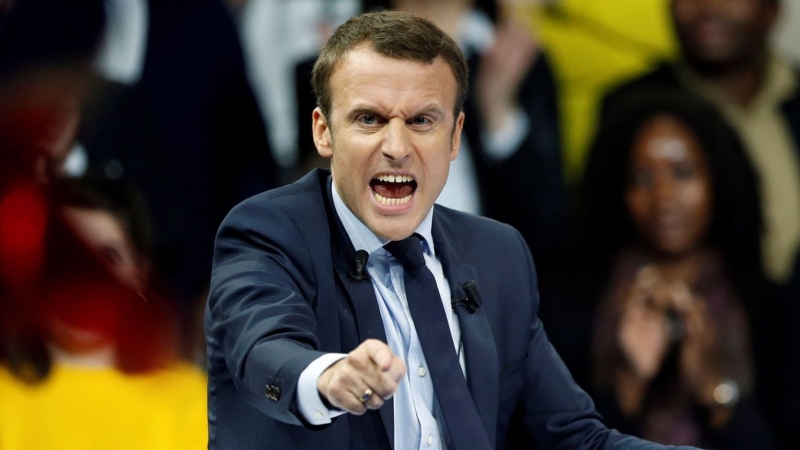 The complaints arise from a carefully coordinated campaign by a coalition of human rights and civil society organisations who have petitioned the UNHRC to investigate the Macron government’s discrimination against Muslims.

France stands accused of systematically entrenching Islamophobia by placing the entire Muslim community under the radar on suspicion of being the “other”.

The daring move to invoke the UN charter and find France’s ruthless attacks to be in violation of it, comes in the midst of a sweeping crackdown on the Muslim community by the French state.

TRT media reveals that the complainants comprise 36 organisations from 13 countries, takes aim at what it says is a campaign by authorities to carry out “illegitimate and violent raids” on Muslims’ homes and NGOs in a bid to “send a message.”

Among the signatories are the Council on American-Islamic Relations, the Islamic Central Council Switzerland and the Muslim Association of Britain.

Evidently the pretext for the latest intense round of anti-Muslim hate speech emanating from Macron’s mouth is the killing of high school teacher Samuel Paty for showing Charlie Hebdo caricatures of the Prophet Muhammed (pbuh).

The extreme measures adopted by France led to the forcible shut down of Baraka City, the country’s largest Muslim welfare organization. That it was done without any judicial oversight is a serious violation of civil liberties.

And to further demonstrate Macron’s vicious onslaught, the home of the founder, Idriss Sihamedi, was raided by security forces. In subsequent media interviews, Sihamedi described the raid as an act of intimidation.

The outrageous assault on Muslims and Islamic organizations is described in the petition to the UNHRC as “racist and Islamophobic”.

In a detailed report published in TRT, a long list of grievances underlines that security forces have often broken into the homes of mosque leaders intimidating their children. In one case, police are accused of raiding a mosque in a bid to count which children were learning Arabic and whether they wore the headscarf or not.

“The French government deliberately and systematically undermines and violates fundamental civil liberties and human rights, targeting and violating the rights of even the children,” says the petition.

The signatories also take aim at the Macron government’s wider anti-extremist agenda which it says “is solely focused on consolidating the government’s political, ideological, theological and financial control of Muslims.”

Advocate Feroze Boda of the Muslims Lawyers Association of South Africa who compiled and submitted the complaint on behalf of the petitioners says the complaint is a call for “accountability and positive change” aimed at the “dismantling of pervasive hateful policies against Muslims in France.”

“France has seen shocking levels of state-sanctioned Islamophobia in recent months. This has precipitated the closure of mosques, Muslim schools, Muslim-led charities and civil society organisations”, is the view of Muhammad Rabbani of the UK based human rights organisation CAGE.

“France cannot be allowed to infringe upon its international rights obligations so openly, and yet present itself as the land of ‘liberté, égalité, fraternité’” declares Rabbani.

That the broad coalition of Muslim civil, professional and legal groupings have adopted this route underlines the fact that “there is no real or effective remedy within the French legal system to stop the French government,” say the petitioners.

In being confronted with the complaint the UNHRC faces challenges which hinge on its credibility as an effective arm of the UN.

Will it dismiss it out of hand or will it drag its feet by muddying it through unnecessary bureaucratic measures?

Indeed to fulfil its obligation as the international arm of the world body, it is reasonable to demand that the UNHRC assigns a special rapporteur to immediately commence an investigation.

Islamophobia is a hallmark of hate and to ignore its devastating effects is to reward purveyors of racism, intolerance and bigotry.