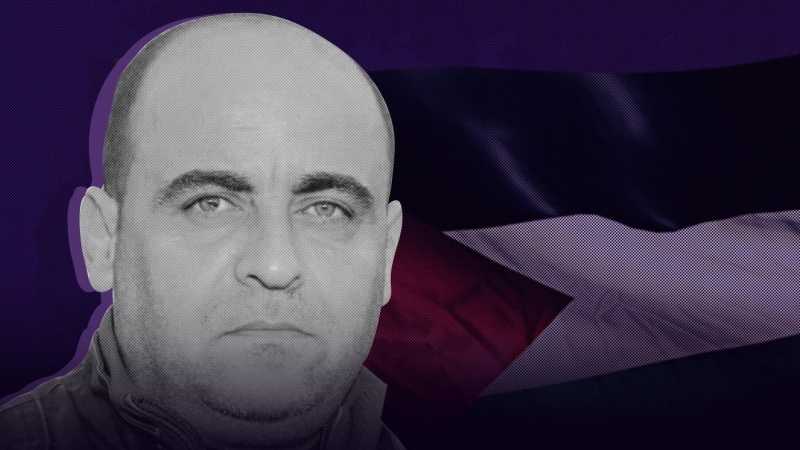 “Why was he killed?” is the cry of Palestinians protesting the brutal murder of Nizar Banat.

Demanding answers and justice, protesters have directed their anger at the Palestinian Authority (PA), whose security forces have been accused of being responsible for Banat’s death.

According to author and activist Mazen Qumsiyeh based in Bethlehem, 43 year old Nizar Banat became a victim of “the dictatorial and delusional rule of Mahmoud Abbas”.

His death at the hands of Abbas’s thugs has erupted fury across the Occupied Palestinian Territories and reignited demands for the immediate suspension of Oslo-birthed PA security forces.

Though the PA had sought to stifle probes of violations by its police and intelligence agencies, a report of the Geneva-based Euro-Mediterranean Human Rights Monitor (Euro-Med Monitor), documented 1,274 arbitrary detentions in the West Bank in 2015 and 1,089 summonses by PA’s Palestinian Security Services.

Although dated February 2016, it is striking yet not surprising that the human rights violations targeted mostly individuals affiliated with Hamas or who opposed PA policies.

Reports reveal these included about 35 journalists and human rights activists, 476 university students, and 67 teachers/professors. Twenty-seven percent of the arrests lasted for a month or more. Medical reports confirmed the systematic practice of torture in Palestinian Authority jails in the West Bank.

Qumsiyeh believes the brutal murder of Banat is not the first (and won’t be the last) scandal to rock the Fatah movement headed by Abbas. Like many analysts he holds the view that Fatah was hijacked by “those with narrow interests.”

“There are hundreds of scandals from Naji

Al-Ali to the Goldstone report to the corruption of making a deal with
Israel to exchange near expired doses of vaccines with new ones. Even now
violently suppressing protesters is a scandal. This charade is what gave us
a US and a Honduran embassy in Jerusalem and nearly one million colonial
settlers in the West Bank (all contrary to international law). It remains
to be seen whether this latest scandal is the straw that breaks the camel’s
back”, says Qumsiyeh.

His harsh criticism of Abbas and the PA is a reflection of the mood in the streets as demonstrations against the killing of Banat point to. People are not buying the betrayal and treachery of their freedom struggle by the Palestinian Authority.

Qumsiyeh’s writings have explained how corrupt “leaders” are more dangerous than colonial power for the struggle for freedom.

Also in March 2016, the London-based Arab Organisation for Human Rights in the UK (AOHR-UK) reported that in 2015, PA security forces in the West Bank arbitrarily arrested or summoned 1,715 civilians. They included students, journalists, women and children.

Nearly 1,000 detainees were Palestinians who were previously released from Israeli jails. The report stated that 37 detainees were tortured, some held in solitary confinement for several months. Eleven Palestinians were even held in administrative detention (without charge).

The bulk of the arrests and summons, while violating Human Rights, were carried out by the Preventive Security Force and the General Intelligence. Sometimes, the forces used live bullets to intimidate Palestinians. The forces often did not comply with court orders for the release of detainees. Security forces were also accused of seizing personal belongings and property of arrested persons. Four Palestinians were taken hostage to force members of their families to hand themselves in.

Bizarrely PA Security forces even charged Palestinians held in Israeli prisons; judges considered them fugitives for failing to appear in court, while being held in Israeli jails.

Though the AOHR-UK report stressed that only a fraction of violations had been recorded, the abuses and unjust conduct by Abbas’s forces have continued to this day.

Leaked documents in the “Palestine Papers” revealed that the PA was willing to go as far as to kill its own people in order to prove that it was establishing law and order in territories under its control.

No surprise that Qumsiyeh insists the Oslo Accords had effectively turned the PA into a ″security sub-contractor″, and ″the job of the Palestinian security forces is to enforce the occupation on Israel’s behalf″.

The damage caused by the discredited Oslo Accords to Palestine’s liberation struggle has been devastating. Not only did it succeed in paving the way for an elite “leadership” imposed on the Occupied Palestinians, its creation of the PA intended to relegate the Palestinian Liberation Organisation (PLO) to the margins has been linked to lucrative financial perks.

Qumsiyeh correctly argues that Abbas was selected by the US and the Zionist regime to  replace Yasser Arafat. A typical colonial imposition to keep the natives subjugated and silent.

The killing of Banat points to a calculated premeditated murder authorised by none other than the leadership of Israel’s hired guns residing in the comfort of their fortified compounds.

Thousands took to the streets in protest after word spread of Banat’s death. The demands being made are evident of a growing backlash from Palestinians who view the PA as corrupt and increasingly autocratic. Indeed it marks a defining moment of popular resentment of a three-decade “peace process” that is nowhere close to delivering Palestinian independence.

Palestinians have vowed that Banat’s death will not be in vain. His merciless execution has brought into sharp focus the futility of expecting Abbas and the PA to deliver freedom and justice. After all, despite more than a decade of close security collaboration with Israel, Abbas has little to show.

Even traditionally pro-Israel media acknowledge that the 85-year-old Abbas has been powerless to stop the expansion of Jewish settlements, home demolitions, evictions in Jerusalem and deadly Israeli military raids, and was largely ignored during the recent unrest in Jerusalem and the 11-day onslaught of Gaza.