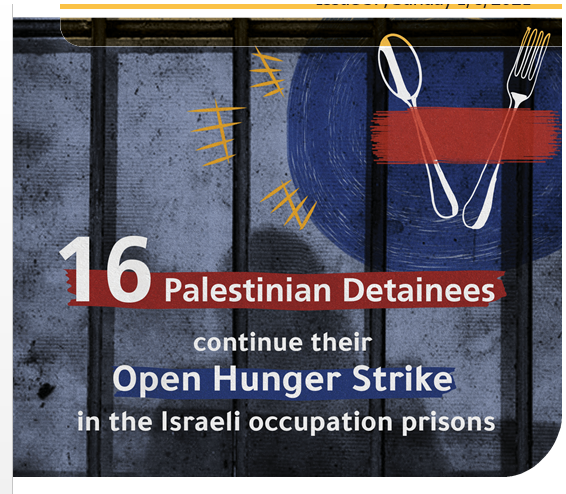 Sentenced to life  imprisonment.. The Israeli occupation prisons administration transferred hunger- striking detainee Muhammad Nawara from “Ashkelon” prison to solitary confinement in “Beersheba” to pressure him to stop his strike, which continues for the seventh day in protest against his arbitrary solitary confinement. He has been detained since 2001. 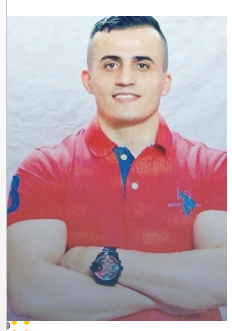 strike in support of her detained husband, Guevara Al-Namoura, the former Palestinian national team  player,  who is on hunger strike in refusal of his administrative detention.

The Israeli Supreme Court rejects the petition submitted by The Commission of Detainees Affairs in the case of the detainee Salem Zaidat, who has been on hunger strike for 18 days, and which included an appeal against his administrative detention.

The Military Occupation Court sentences the child detainee Malik Saber Abu Hashhash from Hebron to an actual 14-month prison, in addition to a fine of 2,000 shekels.

For the ninth time in a row,, the Occupation Court has postponed the trial of the detainee Youssef Ali Asaa’sa from Jenin, to the ninth of next September. He has been detained since August 2020, and is currently in Megiddo Prison.

The Israeli military court sentences the detainee, Ahmed Nafez Masalmeh, from Duheisheh, Bethlehem, to an actual 15 and a half years prison and a fine of 27,000 shekels for carrying out a stabbing attack in November 2018.

Salem Military Court sentences the detainee, Jihad Najm, from Jenin, to an actual 4 years prison and a fine of 6000 shekels. He has been in detention for two and a half years.

The mother of the hunger strike detainee, Mujahid Hamed: “His heart is attached to his son Muhammad. He always told me: I want to gain my freedom and raise my son. It was difficult not seeing my little sister and my nephews.. It is also difficult not to see my son.” 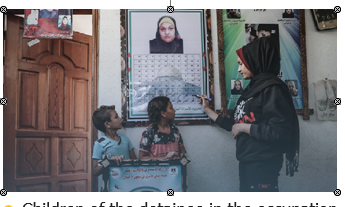 Children of the detainee in the occupation prisons, “Nisreen Abu Kamil” from the Gaza Strip, are preparing to receive their mother, who is expected to be released after 80 days.

The Israeli Prisons Administration arbitrarily transferred the detainee Khaled Abu Haniyeh from Azzun, east of Qalqilya, who was sentenced to 12 years after storming his cell from the Negev Prison to Nafha Desert Prison. 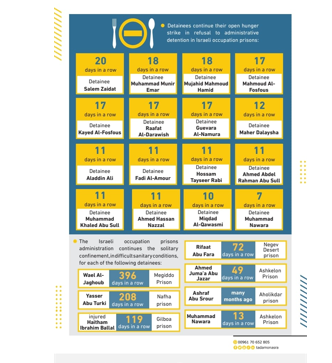