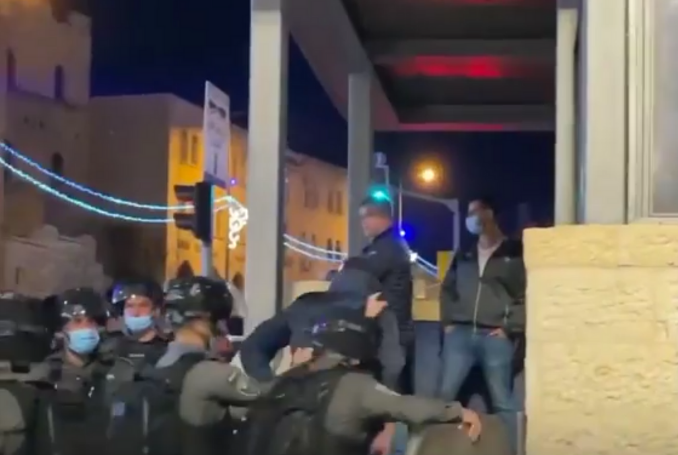 In a shocking decision made by Herman Scholtz as the Deputy Press Ombudsman, he has ironically, granted propagandists for the Apartheid regime of Israel a blank cheque to malign conscientious human rights critics of Zionist war crimes.

By dismissing a complaint lodged by Professor Shabir Moosa, a senior medical academic at Wits University against the Jewish Report, Scholtz has effectively provided the paper Carte Blanche to continue disparaging opponents of Israel’s barbaric policies as “propagandists”.

It is indeed a supreme irony that a full page of vitriol written by Howard Sackstein, who incidentally is chairperson of SA Jewish Report, targeting Professor Moosa and  labelling him as “Professor of Propaganda” in big bold letters including a full blown photo of him, has been let off the hook.

Moosa’s complaint arose from what he perceived to be threats and intimidation by Sackstein, following a video clip of an arson attack on Masjid Al Aqsa which he posted on his Whatsapp group of medical interns during the height of Israel’s recent violent onslaught in Gaza, Occupied Jerusalem and the Occupied PalestinianTerritories.

Strangely the Deputy Press Ombudsman disregarded a crucial component of the period in question, being May/June 2021 when many in the world including the South African government were aghast and horrified by Israel’s relentless bombings of Palestinian homes and residential apartments.

The killing of innocent women and children including babies and the storming of Masjid Al Aqsa by Israeli troops pumping live ammunition was a shameful episode deserving of contempt. Yet this context which added substance to Moosa’s expression of horror was totally ignored.

Since the video depicted Israelis cheering and celebrating what unmistakably appeared to be fire raging in the prescints of Islam’s sacred mosque, Moosa justifiably alerted his group by asking: “Just how does anybody justify this? Where is the universal condemnation? This is not just any mosque. It is the third holy space of Muslims across the world!”

Any fair reading of the circumstances surrounding Moosa’s outrage in relation to Israelis singing, dancing and celebrating a fire within the sacred prescints of Al Aqsa Mosque, would agree with his sentiments.

To his surprise and dismay, he received a flurry of angry WhatsApp messages – not from any of the 140-plus Wits doctors – but from the chief of the Jewish Report. Indeed to date not a single intern has contested Moosa’s post.

If any intern had felt aggrieved by Moosa’s entirely fair comments surely he/she would have challenged him. Instead to be confronted by an external party not associated in any way with the doctors’ Whatsapp group raises serious questions about breach of privacy.

Surely this context ought not be ignored by Scholtz, yet he did.

Interestingly Clause 7 of the Press Code protects comment providing it is without malice:

7.1. The media shall be entitled to comment upon or criticise any actions or events of public interest; and

7.2. Comment or criticism is protected even if it is extreme, unjust, unbalanced, exaggerated and prejudiced, as long as it is without malice, is on a matter of public interest, has taken fair account of all material facts that are either true or reasonably true, and is presented in a manner that it appears clearly to be comment.

Moosa’s complaint makes an emphatic claim that the derogatory article was informed by malice, thus not deserving of protected comment.

In addition he laid out the following compelling arguments:

*Conflict of interest by the SAJR.

*An obfuscation of the facts evident from the video.

*The headline, “Professor of Propaganda”, which is “intended to denigrate (Moosa) and misleads the public”.

*The usage of Moosa’s picture in the printed edition of the SAJR.

As Professor of medicine at Wits University it is undoubtedly a matter of personal interest for Moosa to ensure that his reputation and integrity be protected. However the adjudication officer at the Press Ombud opted to overlook it. This surely illustrates a faulty reading of the Press Codes.

The core of the feud is not only what Scholtz erroneously attributes to as the reason for the “cheering” in the video clip. Indeed it is pertinent to the complaint as far as it points to the harassment Moosa endured at the hands of Sackstein for showcasing a classic example of Zionist propaganda. As Moosa explained: “I thought it important that young South African doctors be sensitive to hate speech.”

The sum total of it underlines malice which is evident in the contentious article emblazoned with the insulting headline and the accompanying photo.

Puzzling too is the fact that in dismissing the complaint, Scholtz failed to pronounce on Moosa’s right of reply. Surely any objective remedial approach would consider providing the complainant with an opportunity to respond as fair, just and essential?

Why this right was not prescribed is perplexing and may lead to the conclusion that Scholtz erred in his judgment. After all he correctly states that an opinion piece does not discharge a publication from accountability. And to underpin his point, Scholtz quotes the Appeal Panel in Goss vs News 24 (8524/02/2021), “Clause 7 is…not a blank cheque”.

Hopefully Professor Moosa will challenge the dismissal by lodging an appeal. The article in question while dubbed as an opinion piece, is nevertheless as Moosa argued a malicious attack on his integrity and livelihood. To allow the Jewish Report to escape accountability is an injustice and sad reflection of failure by the Press Ombudsman to sanction abuse of the Press Codes.