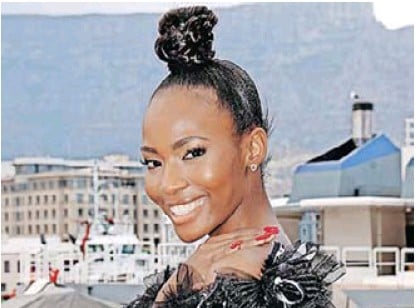 The past week has witnessed the South African government unprecedently and formally withdrawing support for Miss South Africa’s involvement at the Miss Universe pageant to be held next month in Israel.

Solidarity organisations such as Africa for Palestine, the Palestine Solidarity Alliance and the tripartite alliance have lobbied government, other civil society organisations and ordinary citizens to ensure that the country is not seen to endorse human rights violations against indigenous Palestinians.

Extensive consultations followed between Miss SA organisers and the Department of Sport, Arts and Culture but sadly ended in a stalemate with the former adamant that current Miss SA, Lalela Mswane, will represent the country in Israel.

“What during initial consultations appeared like engaging, constructive and progressive discussions was later met with an unpleasant demeanour that was intransigent and lacking appreciation of the potential negative impact of such a decision on the reputation and future of a young black woman” – Minister Nathi Mthethwa.

Her insistence brings up suspicions of vested interests on the path of the CEO of Miss SA, Stephanie Weil. Weil needs to make full public disclosure she or organizations allied with her have in defending and promoting Israel.

For the purposes of transparency and accountability, I will do it for her.

Weil is also presently the CEO of Nine Squared, a public relations firm that represents Miss SA and the Jewish National Fund. The JNF is a self-professed Zionist organisation, which openly embraces the ethnic cleansing of native Palestinians, covers up human rights violations and advocates replacing Palestinians with Zionist settlers.

Israel controls Palestinian borders and movements, limiting and dictating lifesaving resources that go in. The COVID-19 pandemic has laid bare its apartheid practices in Occupied Palestine. Vaccines and much needed medical equipment are allowed in limited quantities, far below what is needed.

The Miss SA organisation or Stephanie Weil has not yet come clean on this clear conflict of interest but her stubborn stance in advocating for Miss SA’s involvement in the Miss Universe pageant next month now makes perfect sense.

Minister Nathi Mthethwa decision to withdraw government’s support for the pageant is therefore correct. In essence, there will be no hoisting of the South African Flag at the Miss Universe contest in Israel.

This backlash is well documented and does not need to be repeated here.

This unfortunate saga has a silver lining. It has once again placed the spotlight firmly on Israel and the South African government needs to now go a step further and totally isolate the Zionist entity.

Whilst government’s principled stance is welcomed, it needs to have the courage and commitment to take tangible measures in support of Palestinian liberation. Government needs to be consistent by ending all trade, economic, military and cultural links with apartheid Israel.

For far too long government has paid lip service to the Palestinian struggle against Zionist settler colonialism but remained non-committal on tangible actions in support of Palestinian freedom. This must end now.

In other words, unless comprehensive measures in support of Palestinian demands for BDS are undertaken, Israel and its local lobbyists and hasbara agents will continue scoffing at government inconsistencies.