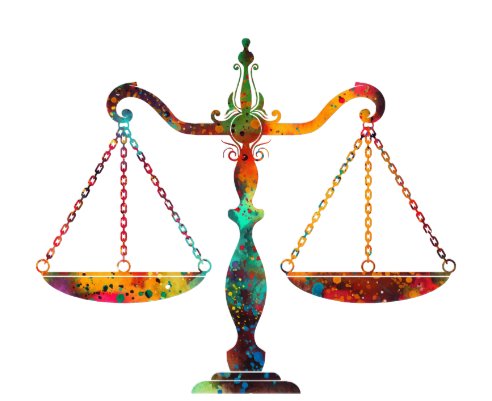 Media freedoms constitute fundamental rights in most constitutional democracies. This holds true particularly for South Africa, which for decades had been subject to the whims and fancies of an archaic censor board.

The chaps occupying positions on it were correctly lampooned as hooded white men equipped with huge scissors. Therefore to dispense with these rights would be the equivalent of turning the clock back to the Apartheid era.

The right to freedom of speech and a free media, in addition to freedom of association and expression, formed the bedrock of South Africa’s liberation movements. The struggle for attaining these freedoms was met with harsh repressive measures imposed forcefully and violently by the former white minority regime.

It was an era defined by Apartheid proganda, which sought to overwhelm public opinion on a narrative that not only promoted racist discrimination, but justified it. Challenging or opposing white supremacy – whether in words or deeds – resulted in bannings and imprisonment.

History records tragic consequences for confronting National Party’s race dominated ideology. Murders and massacres including torture and deaths in detention framed an ugly past, riddled as it was in blood and gory details.

Though democracy has allowed a harvest of freedoms, as South Africans our ability to export gains underwritten in the Bill Of Rights, especially to Occupied Palestine, is severely limited. The impediments arise from a poorly scripted global order in which the powerful North dictate the fortunes (misfortunes) of the world.

The unfairness of it is evident in the undemocratic structure of the United Nations Security Council. In effect it would be best described as the “tyranny of the big 5” who are able to hold the world hostage via their veto powers.

This is further compounded by the fact that the occupying power Israel, as the last Apartheid outpost, wields huge influence in the body-politic of America, internally and externally.

As in the case of Apartheid South Africa’s outlandish assault on freedoms, Israel too thrives on similar and worse practices. The current outlawing of six Palestinian society organizations as “terrorist” is proof of it.

Though utterly irrational, it explains why Israel has invested unlimited resources into “Hasbara” or propaganda outfits. These are equipped to stifle critics of its hideous policies in Palestine in addition to floating myths.

The reality though is that Israel is guilty of crimes against humanity, of the grotesque type best understood by masses of South African victims. Yet despite the empathy felt by many in this country who are shocked by horrible crimes committed daily against Palestinians, their solidarity in pursuit of truth and justice is regularly maligned as “malicious”.

A recent example in this regard is the matter before the Appeal Panel of the Press Ombudsman. It deals with an article “Professor of Propaganda” published in a pro-Israel paper, The Jewish Report, authored by the Chairman of its Board, Howard Sackstein.

The controversial piece dubbed as an “Opinion”, targeted a highly respected medical academic Professor Shabir Moosa as a “propagandist” for expressing his outrage against Israelis seen cheering a fire at Al Aqsa Mosque in Jerusalem. His dismay was expressed on a WhatsApp group he manages for medical interns. Clearly Moosa’s practice of free speech was intolerable as far as the Jewish Report was concerned.

What followed was a complaint lodged by Moosa against the paper, seeking redress and a right to reply. In a shrift response the Deputy Press Ombud dismissed it. Moosa, as is his constitutional right, sought support from the Palestine Solidarity Alliance who then enlisted the assistance of Hassen Lorgat a social justice activist who cut his teeth in the South African trade union movement and other CSOs.

A cursory glance of the time-line reveals failures by the Public Advocate in the Ombud office to protect Moosa’s right to express support for the cause of Palestinians.

Lorgat’s review of the entire episode found the dismissal to be unfair for having failed to defend Moosa, whom he believed was subjected to a malicious attack by Sackstein. In a detailed and comprehensive submission Lorgat launched an appeal against the ruling, which has yet to be adjudicated.

However and to underline my point about the viciously aggressive policies practiced by the Nats, the Jewish Report’s response to the appeal panel, sounds eerily familiar.

Instead of playing the ball they played the man. The SAJR editor wrote:

“Mr Lorgat, is a hardened anti-Israel activist, bringing his fourth frivolous and vexations action against the SA Jewish Report in the past twelve months.

“As an opponent of the very existence of the State of Israel, Mr Lorgat abuses the Press Council and this honourable court in pursuit of his own narrow political objectives.

“He attempts to use these institutions as a blunt weapon to attempt to silence and censor those whose view’s he opposes. His approach is abusive, malicious and vexatious. His motives are purely political and subvertive of the South African Constitution and the principles of freedom of speech and freedom of expression.”

One hopes the irony of this attack on Lorgat which designates him as “frivolous”, “vexatious”, “malicious” and a “hardened anti-Israel activist” is not lost by the Appeal Panel as it deliberates whether the equally vicious targeting of Moosa as “Professor of Propaganda” was a classic case of malicious misrepresentation.

If indeed it was an appalling intimidatory attempt to silence and prevent Moosa from exercising his right to freely raise critical questions about Israel’s conduct, whether on his blog or the medical WhatsApp group, the Jewish Report needs to be sanctioned appropriately.

However as if in anticipation of a rebuke, the Jewish Report’s membership of the SA Press Council has not been renewed. It says so in its response that membership “has lapsed”.

An extraordinary childish move that smacks of an attempt to evade sanction. Yet the fact is that Moosa’s grievance can neither be wished away nor lapse.