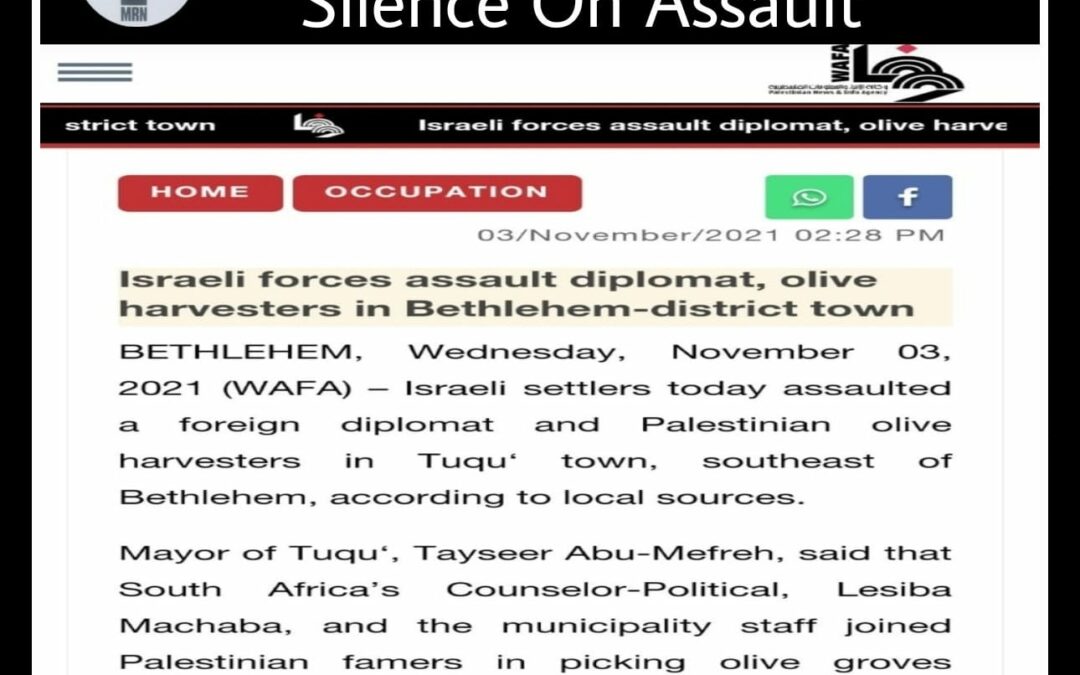 Machaba accompanied the mayor and residents of Tuku town, southeast of Bethlehem to the traditional olive harvesting season.

Olive groves in most of occupied Bethlehem are isolated by the encroaching colonial settlement of Tekoa making it difficult to peacefully harvest olives.

After a confrontation with Zionist squatters from the nearby colonial settlement trying to prevent residents from harvesting their olives, soldiers fired tear gas and stun grenades at the olive harvesters including Machaba and forced them to leave the area at gunpoint.

To add insult to injury, 3 Palestinians were arrested by occupation forces.

Machaba stated that the confrontation and assault by Israeli squatters and soldiers is not an isolated incident but happens regularly.

However, he maintains that this incident has made him and SA more resolute in their support for the just struggle of the Palestinians people against Zionist settler colonialism.

Nevertheless, the Media Review Network is perplexed by the total silence of DIRCO over this serious diplomatic incident.

Despite its rhetorical support for the Palestinian people, it appears that the SA government is hamstrung in taking any meaningful action to change the status quo.

The Media Review Network calls upon the SA government to immediately summon the Israeli ambassador for a rebuke or better yet, to expell the Zionist squatter from the country.