DIPLOMACY ONLY WAY OUT AS THE WAR CONTINUES UNABATED IN ETHIOPIA 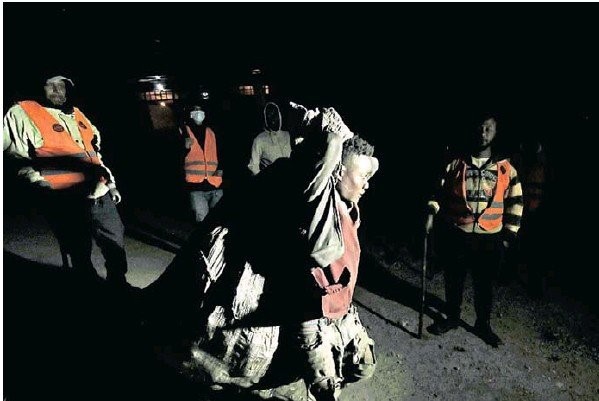 Ethiopian Prime Minister Abiy Ahmed announced on Monday that from Tuesday (2021/11/23), he is going to lead the war from the front. Abiy posted on his Twitter handle on Monday saying that “Those who want to be among the Ethiopian children who will be hailed by history, rise up for your country today. Let’s meet at the battlefront”.

This statement by the Prime Minister sounds like a call to martyrdom, and what it means is that we are going to see an escalation of the conflict. W are also told that the Tigrayan rebels have vowed to press on with their march on the capital Addis Ababa. The rebels are also accusing the government of blockading aid going to their region and using hunger as tool to punish them.

The international community seems to be failing Ethiopia as no serious tangible attempts at diplomacy have been made so far. The continental body the AU has not made any serious moves to bring the two warring factions to the negotiation table.

Why does the leadership of the AU always fail to provide leadership on the continent? Should we always wait for the western countries to call the shots? To date, the AU has just issued a mild call for a ceasefire without actually demanding it.

Instead, some analysts reading into what is presently happening in Ethiopia, are accusing some major western powers of having a hand in what is currently going on in the region. Still, some say it could be a proxy war between the two contending superpowers of the world, China, and the USA.

Prime Minister Abiy Ahmed has been leaning more to the Chinese side ever since coming to power, a move that does not augur well with the western imperial powers and Zionist Israel. The hegemonic powers will brook no form of betrayal in their camp and will surely stoke up problems for anyone who dares to break ranks with them.

The problem was brought about by the government of the day. Why did they keep their tribal militia intact after the overthrow of the former Ethiopian strongman Mengistu Haile Mariam? Immediately after removing Mengistu all these militias should have disbanded, and this was the biggest mistake that those leaders made. Anyway, many of those leaders like Meles Zenawi and Hailemariam Desalegn, were brought to power by the Tigrayan forces.

Whoever arranges diplomatic overtures should be aware of these dynamics and tell the Tigrayan rebels that the era of tribal militias is over.

However, there is a lot at stake in this conflict. Egyptian clandestine involvement cannot be ruled out. Given the animosity between Egypt and Ethiopia because of the “Grand Ethiopian Renaissance Dam Project (GERDP)” that Ethiopia is building, what stops Egypt to render support to the Tigrayans to do their job?

The western Imperialists would certainly be on Egypt’s side given the role that it plays in the Arab world as a guarantor of peace between Apartheid/Zionist Israel and Arab countries in the Middle East and North Africa.

There are reports of USA special forces being stationed in the region whose main job is to destabilize the region by stocking up war. Remember that imperial western powers depend on these wars for their economies to remain operational. This is the plain truth of which they cannot deny.

Both sides have been accused of committing atrocities during the year of fighting, which has killed thousands of people, displaced more than two million, and left hundreds of thousands facing famine-like conditions.

For diplomacy to work in Ethiopia, there is need for an honest blocker who would point out all these dynamics and call a spade a spade. It is not right in any sovereign country to have tribal militias otherwise there will always be risk for tribal conflicts as different tribes compete for power. The country should be united and pledge to work for peace and unity as one people and country.

The most befitting blocker is none other than the AU. The AU talks of an African solution to an African problem though it remains just empty words.  Pressure should be made to bear on the Prime Minister Abiy Ahmed and the Tigrayan People Liberation Front (TPLF) to come to the negotiating table, otherwise, this conflict has the potential to destabilise the whole region and reverse the many economic gains that has registered over the years.