Statement on 34th anniversary of Hamas, “Shield of Jerusalem and Liberation Path” 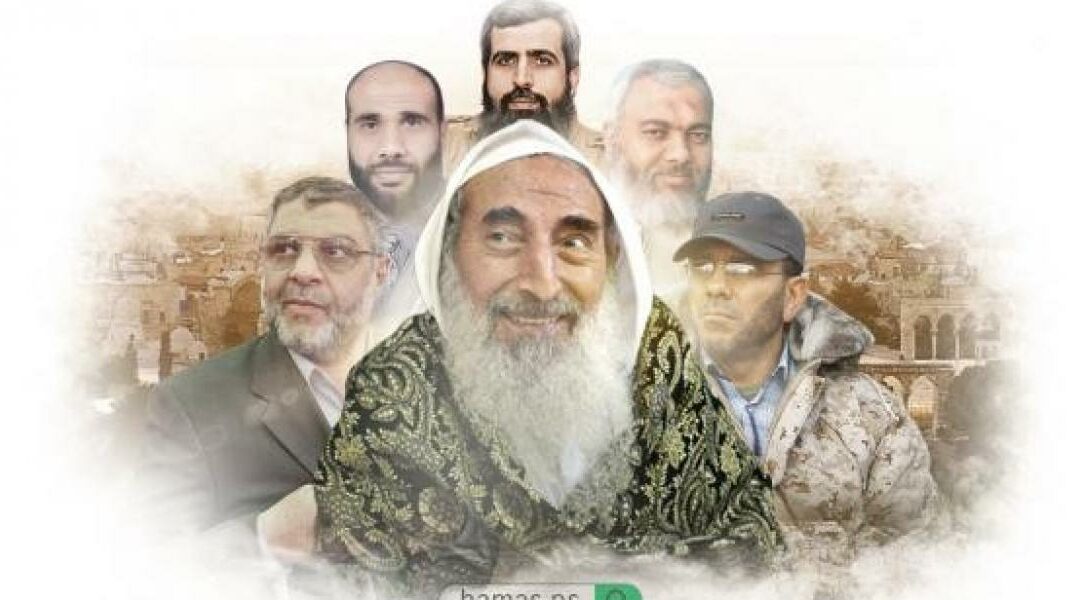 Hamas’s inception was a significant, historic milestone in Palestinian history to preserve our just cause from disappearance and obliteration, and begin a new era of confronting the occupation and preserving our land, people, constants, and sanctities.

Hamas is a natural extension to the Palestinian struggle and continuous resistance against its occupiers since the early British colonization of Palestine, through the Al-Buraq Revolution, passing by the Al-Qassam revolution until today.

Over the past thirty-four years, Hamas has proved itself unbreakable and loyal to its honorable mission and the Palestinian people. Faithful to its principles, history, and people, the Hamas movement is steadily moving towards its goals of achieving victory despite the military, security, political and economic hardships, siege and the continuous aggression against the Palestinian people, land, and sanctities, and the harassment against its members and supporters.

On the thirty-fourth anniversary, Hamas recalls the Palestinian people’s victories achieved through their legendary steadfastness by joining Al-Qassam Brigades, the resistance factions in the Gaza Strip, resistance in the occupied West Bank, our steadfast people in Jerusalem and Masjid Al-Aqsa, steadfast people in the 1948 occupied lands, and the loyal Palestinians in the diaspora in honorable milestones in the history of our struggle against the occupation.

Such landmark events include the Stone – Throwing and Al-Aqsa Intifadas, the Great Return March, the battles of Bab Al-Rahma, Al-Asbat and Bab Al-Amud (Damascus Gate), the Great Dawn Fridays, the Sheikh Jarrah neighborhood, the Freedom tunnels, hunger strike, and the victorious Battle of Sword of Jerusalem. These milestones confirm that the Palestinian people are steadfastly proceeding with determination and resolve towards the comprehensive liberation of our Palestinian land and sanctities, and achieving the right of return to the hometowns where the indigenous Palestinians were displaced by Zionists in 1948

While commemorating Hamas’s 34th anniversary, we honorably recall our Palestinian people’s heroes of the resistance, sacrifice, and martyrdom, at the forefront, are Sheikh Ahmed Yassin, and prominent Palestinian figures like Yasser Arafat (Abu Ammar), Fathi al-Shaqaqi, Abu Ali Mustafa, and others who adorned Palestine’s convoy of martyrs.

We salute the wounded of our Palestinian people, praying for their speedy recovery. We also salute Palestine’s figures who passed away during the Coronavirus pandemic including Ibrahim Al-Yazuri, Ibrahim Ghosheh, Wasfi Qabha, Issam Al-Ashqar, Omar Al-Barghouti, and Abd Al-Salam Siam.

On the thirty-fourth anniversary, Hamas salutes the masses of our Palestinian people in the blessed land of Palestine; In Jerusalem, the West Bank, the Gaza Strip, the 1948 occupied lands, the refugee camps, and the diaspora.
Hamas also expresses thanks and gratitude for the Arab and Islamic Ummah, along with the free people of the world, pledging them to remain loyal and committed to the Palestinian constants, sanctities, and sacrifices. We pledge to continue the path of liberation and return, until ending the occupation.

On the 34th-anniversary, Hamas affirms the following:

First: The comprehensive resistance in all forms and tools, at the forefront of which is the armed resistance, is the only way to regain our rights and liberate our land and sacred sanctities.

Second: Jerusalem and Al-Aqsa Mosque are the heart of Palestine and the core of the conflict with the enemy. All the occupation’s attempts of Judaization, temporal and spatial division and displacement will not succeed in obliterating landmarks and changing facts. Jerusalem will remain the eternal capital of Palestine, and the blessed Al-Aqsa Mosque Purely Islamic, defended by its people and valiant resistance.

Third: Restructuring the Palestinian house via true partnership based on a unified struggle program among all Palestinian factions is the only way to protect the Palestinian national project against imminent dangers that will confront the occupation’s colonial settlement and Judaization schemes and its mounting aggression.
Once again, we reiterate that the Palestinian people are in dire need of comprehensive elections held simultaneously—the Palestinian vote is the best way out of the ongoing political crisis.

Fifth: The 15-year continuous unjust Israeli occupation siege imposed on more than two million people living in the Gaza Strip and the aggravation of the economic and health crises require immediate and urgent action to end their suffering by breaking and lifting the siege, especially after the outbreak of coronavirus pandemic, and the delay of reconstruction measures following the latest aggression.

Sixth: We salute our Palestinian refugees and appreciate their role in resisting the occupation and preserving their national identity. We reiterate our adherence to the inalienable right of return as a genuine individual and collective right.

Seventh: British Parliament’s designation of Hamas as a “terrorist organization” is added to Britain’s historical sins against our Palestinian people since the ill-fated Balfour Declaration and continued flagrant bias towards the racist occupation against the defenseless people defending their legitimate rights.
While we affirm that this unjust decision will not dissuade our Palestinian people from resisting the occupation and defending our holy sanctities, we call on all Western governments, particularly Britain, to stop their blind bias policy and apologize for their historical role in causing displacement and the injustice that befell our people.

Eighth: Normalization of some Arab regimes with the Zionist enemy, and conclusion of agreements in various fields, is a crime against our Palestinian people and Ummah. Normalization is a violation of the Arab and Islamic consensus against forging ties with the enemy of the Ummah as it opens the door for political, security, economic and cultural penetration that affects its national security and stability.
We call on all normalizing countries to backtrack and correct this erroneous approach and end the normalization immediately.

Ninth: The Arab and Islamic depth is the main incubator for the Palestinian cause and the project of liberation and return. We call for adopting comprehensive decisions for the nation (Ummah) that consolidates its unity, solidarity, and integration, and to set a strategy that protects the Palestinian people and their legitimate struggle, and confronting the projects and schemes that target the Palestinian cause.

Statement on 34th anniversary of Hamas, “Shield of Jerusalem and Liberation Path” | Hamas