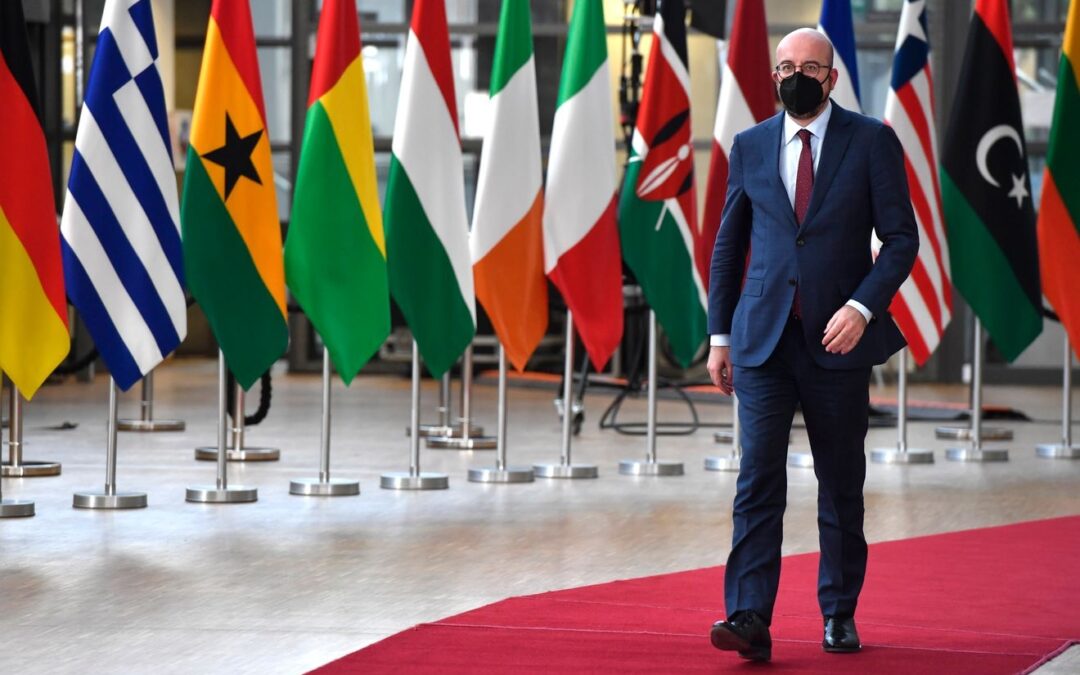 The 7th EABF will take place in Brussels on 16th-17th February 2022, back-to-back with the EU-Africa Summit taking place on 17th and 18th February. EABF will also be held in the overall context of the Africa-Europe Week, with hybrid and online events during the week of the 14th of February. The full involvement of African and European businesses and their associations is essential to fully deliver a new ambition and format in 2022. It will be interesting to see this new format though we in Africa should expect nothing out of it.

This can be dubbed as one of the many useless talk shows that are staged by the imperial western powers bent on looting our African resources. Africa should stay away from these so-called investment gatherings called by the imperial west because they serve no purpose and are without any benefit to African people. The deals that are cut at these meetings are not meant to benefit Africans at all, they benefit Europeans and African elites only.

Africa is home to many of the sort after natural resources which oil industries in Europe. However, Europe wants almost free access to these resources without due regard to Africans in whose territories they get these resources and paying a pittance for them. The row materials that they get from Africa is taken to Europe and value added a development that creates jobs for their people and not Africa.

When African leaders are invited to these meetings, they are told by the buyers (Europe) how much they should charge for their products, a development that does not make any business sense. The buyer should not fix the price, it should always be the other way round. The seller should fix the price.

It must be pointed out that, it is in these meetings that some of our African leaders are corrupted by these imperialists leaders and coerced into entering dubious deals that do not benefit Africans. Most of what emerges from these deals benefit only the elites and their families. Nothing trickles down to the ordinary people from these investments.

Until we reach a point where Africa calls the shots, the continent will continue to be exploited and realize nothing out of these so-called investment summits in the foreseeable future. Africa needs to reach a level of maturity to be able to make sound decisions that benefits its people.

However, the way things are going at the moment, there is nothing that suggests that there is anything beneficial flowing to the people coming out of these summits. We want an Africa that sets out its own agenda, on its own terms and drive its own development with others partnering it. Gone should be the days when Africa’s development script is written elsewhere as we have seen in the past in the form of structural adjustments policies that were imposed on Africa by the Bretton Woods institutions led by the IMF and World Bank. These policies were tailormade to make Africa fail and sink into serious debt.

The EU is unlikely to agree to the AU’s main demand, and on which there is unanimous African support, for a World Trade Organisation waiver of intellectual property rights on COVID vaccines. However, there could be developments in European investment in vaccine production sites in Africa. There are signs of a progressing pharmaceutical production industry in Africa. South Africa recently produced its first batch of Moderna vaccines.

And lastly, the EU-African Union Summit is expected to be a platform for both parties to agree on the structure for Africa-Europe Security and Stability, a joint commitment to strengthen African capacities and support African peace operations. However, this is primarily about restating existing defence and security efforts. Why not operationalise the AU Standby Brigade to deal with our own security concerns on the continent?

We call upon the African Union (AU), to emulate the Islamic Republic of Iran and Cuba for coming up with their own homegrown Covid-19 vaccine and to stop outsourcing Africa’s security to foreigners. Aluta Continua!