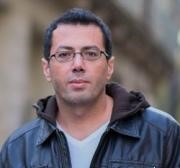 As soon as Moscow received an American response to its security demands in Ukraine, it answered indirectly by announcing greater military integration between it and three South American countries, Nicaragua, Venezuela and Cuba.

Washington’s response, on January 26, to Russia’s demands of withdrawing NATO forces from Eastern Europe and ending talks about a possible Kyiv membership in the US-led alliance, was noncommittal.

For its part, the US spoke of ‘a diplomatic path’, which will address Russian demands through ‘confidence-building measures’. For Russia, such elusive language is clearly a non-starter.

On that same day, Russian Foreign Minister Sergey Lavrov announced, in front of the Duma, Russia’s parliament, that his country “has agreed with the leaders of Cuba, Venezuela, and Nicaragua to develop partnerships in a range of areas, including stepping up military collaboration,” Russia Today reported.

The timing of this agreement was hardly coincidental, of course. The country’s Deputy Foreign Minister Sergey Ryabkov did not hesitate to link the move to the brewing Russia- NATO conflict. Russia’s strategy in South America could potentially be “involving the Russian Navy,” if the US continues to ‘provoke’ Russia. According to Ryabkov, this is Russia’s version of the “American style (of having) several options for its foreign and military policy”.

Now that the Russians are not hiding the motives behind their military engagement in South America, going as far as considering the option of sending troops to the region, Washington is being forced to seriously consider the new variable.

Though US National Security Advisor Jake Sullivan denied that Russian military presence in South America was considered in recent security talks between both countries, he described the agreement between Russia and the three South American countries as unacceptable, vowing that the US would react “decisively” to such a scenario.

The truth is, that scenario has already played out in the past. When, in January 2019, the US increased its pressure on Venezuela’s President Nicolás Maduro to concede power to the US-backed Juan Guaido, a coup seemed imminent. Chaos in the streets of Caracas, and other Venezuelan cities, mass electric outages, lack of basic food and supplies, all seemed part of an orchestrated attempt at subduing Venezuela, which has for years championed a political discourse that is based on independent and well-integrated South American countries.

For weeks, Washington continued to tighten the pressure valves imposing hundreds of sanction orders against Venezuelan entities, state-run companies and individuals. This led to Caracas’ decision to sever diplomatic ties with Washington. Ultimately, Moscow stepped in, sending in March 2019 two military planes full of troops and equipment to prevent any possible attempt at overthrowing Maduro. In the following months, Russian companies poured in to help Venezuela out of its devastating crisis, instigating another US-Russia conflict, where Washington resorted to its favorite weapon, sanctions, this time against Russian oil companies.

The reason that Russia is keen on maintaining a geostrategic presence in South America is due to the fact that a stronger Russian role in that region is coveted by several countries who are desperate to loosen Washington’s grip on their economies and political institutions.

Countries like Cuba, for example, have very little trust in the US. After having some of the decades-long sanctions lifted on Havana during the Obama administration in 2016, new sanctions were imposed during the Trump administration in 2021. That lack of trust in Washington’s political mood swings makes Cuba the perfect ally for Russia. The same logic applies to other South American countries.

It is still too early to speak with certainty about the future of Russia’s military presence in South America. What is clear, though, is the fact that Russia will continue to build on its geostrategic presence in South America, which is also strengthened by the greater economic integration between China and most South American countries. Thanks to the dual US political and economic war on Moscow and Beijing, both countries have fortified their alliance like never before.

What options does this new reality leave Washington with? Not many, especially as Washington has, for years, failed to defeat Maduro in Venezuela or to sway Cuba and others to join the pro-American camp.

Much of the outcome, however, is also dependent on whether Moscow sees itself as part of a protracted geostrategic game in South America. So far, there is little evidence to suggest that Moscow is using South America as a temporary card to be exchanged, when the time comes, for US and NATO concessions in Eastern Europe. Russia is clearly digging its heels, readying itself for the long haul.

For now, Moscow’s message to Washington is that Russia has plenty of options and that it is capable of responding to US pressure with equal or greater pressure. Indeed, if Ukraine is Russia’s redline, then South America – which has fallen under US influence since the Monroe Doctrine of 1823 – is the US’s own hemispheric redline.

As the plot thickens in Eastern Europe, Russia’s move in South America promises to add a new component that would make a win-lose scenario in favor of the US and NATO nearly impossible. An alternative outcome is for the US-led alliance to recognize the momentous changes on the world’s geopolitical map, and to simply learn to live with it.

Ramzy Baroud is a journalist and the Editor of The Palestine Chronicle. He is the author of five books. His latest is “These Chains Will Be Broken: Palestinian Stories of Struggle and Defiance in Israeli Prisons” (Clarity Press, Atlanta). Dr. Baroud is a Non-resident Senior Research Fellow at the Center for Islam and Global Affairs (CIGA), Istanbul Zaim University (IZU). His website is www.ramzybaroud.net