The limits of Israeli Intelligence: Does Israel have a Yahya Sinwar problem? 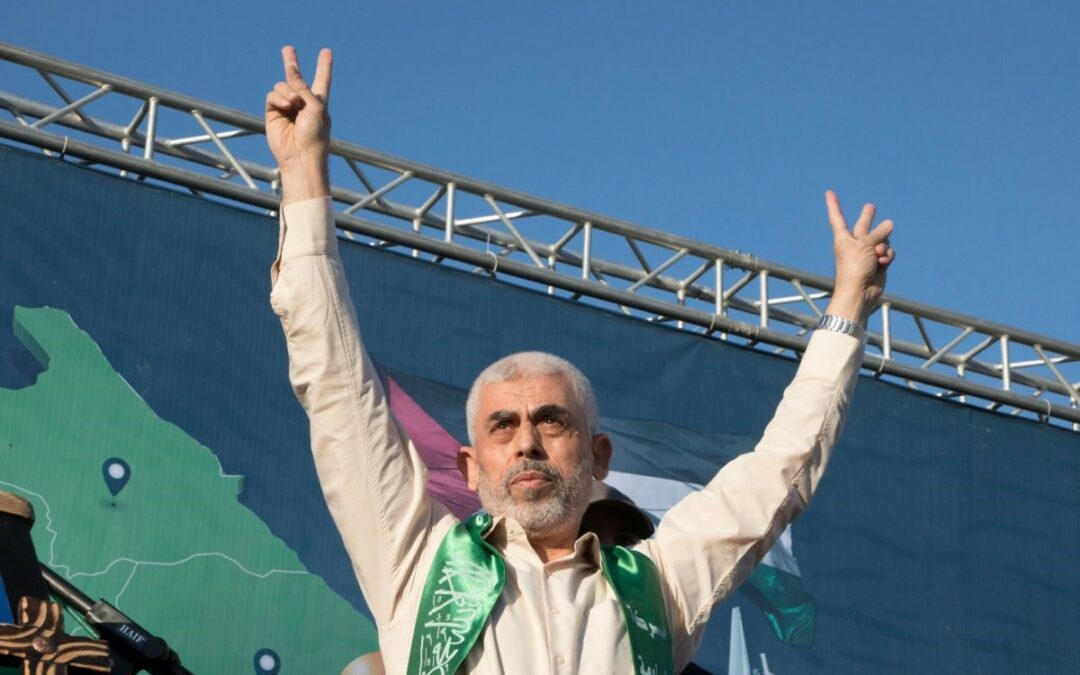 Like typical analyses offered by western intelligence when trying to assess risks or understand major political phenomena in the Middle East, Israeli intelligence is equally short-sighted. It insists on analyzing the attitudes and body language of individuals instead of focusing on the behaviour of collectives. This is the case today as Israel is desperately trying to understand the changing political dynamics in Palestine.

Following the Israeli war on Gaza in May 2021, the Israeli military prepared a ‘personality profile’ of Gaza-based Hamas leader, Yahya Sinwar. Though Hamas, and Sinwar, were important political actors in the events that took place throughout Palestine at the time, the real stars of the show were the Palestinian people. The popular Palestinian rebellion did not only challenge the Israeli occupation but the stagnant Palestinian political discourse, saturated with factional references and power struggles.

Typically, the Israeli government, military and their various intelligence branches refuse to accept that the Palestinian people are capable of behaving and responding to Israeli violence on their own accord.

For example, following the popular Palestinian uprising of 1987 – the First Intifada – Israel resolved that the entire event was orchestrated by top Fatah and PLO leader, Khalil Al-Wazir, Abu Jihad. In April 1988, a group of Israeli commandos assassinated him in his Tunis residence. However, the Intifada did not stop but continued more furiously than before.

Now, Israel says it has a Yahya Sinwar problem.

The Hamas leader made his latest public appearance in Gaza City on 30 April. Addressing a group of leaders and representatives of various Palestinian political groups, Sinwar declared that “Our people must prepare for a great battle if the occupation does not cease its aggression against the Al-Aqsa Mosque”.

Though Sinwar did not declare war on Israel, he emphasised that Israeli violations in Al-Aqsa would lead to “regional, religious war”.

Much can be surmised from these words and the rest of Sinwar’s speech. Clearly, Palestinians are trying to change the rules of engagement with Israel altogether. As Israel’s religious and far-right groups are now the forces that are shaping mainstream Israeli politics, many Palestinians, too, find their religious symbols, whether Muslim or Christian, strong points of unity.

In some sense, the choice by all Palestinian groups, including Hamas, is strategic. Failure to achieve unity around other issues – the ‘peace process’, the two-state solution, political representation, the type of resistance against Israel and other contentious points – made the search for common ground more difficult by the day. However, East Jerusalem, Al-Quds and, particularly, Al-Aqsa Mosque, are always a guaranteed platform for national and spiritual unity among all Palestinians.

Prior to May, Palestinians were divided, not only politically, but also in terms of language and priorities. Hamas wanted to end the siege, thus its own isolation in Gaza. Palestinian Authority leader, Mahmoud Abbas, wanted a semblance of any political process that would keep him relevant in the eyes of the world. East Jerusalemites fought alone against mounting Israeli pressures to ethnically cleanse them, one house at a time, from their historic city. Palestinians who are citizens of Israel were almost entirely removed from the national conversation altogether, despite the fact that their struggle against racism and marginalisation is a defining one, and matters to all Palestinians.

May changed all of this. When Gaza responded to relieve the pressure on Jerusalem – though at a heavy price of war and massive destruction – Palestinian communities throughout historic Palestine rose in tandem. Using social media and other platforms, they managed to communicate amongst themselves and coordinate their actions. Their unified message resonated throughout the world.

Hamas, like other Palestinian groups, was part of this collective action. But as Abu Jihad did not instigate the First Intifada, Sinwar did not instigate the May rebellion. Israel, however, refuses to accept this because, by doing so, it would be forced to swallow a bitter pill – that Palestinian resistance is not linked to individuals or groups, but is inherent in the behaviour of the Palestinian people themselves. This obvious realization is difficult for Tel Aviv because it simply means that no amount of firepower, military preparedness or intelligence data will ever succeed in maintaining the Israeli occupation of Palestine forever.

Oblivious to the changing reality, last July, Israel declared its assessment of the situation, practically stating that the problem is not human rights violations, apartheid, military occupation, Jewish settlers’ provocations, racism and home demolition, but Yahya Sinwar himself.

In an article reporting on the Israeli military assessment, the Israeli newspaper Haaretz conveyed the obsession of Israel with Sinwar’s messages. “Sinwar is turning himself into a spiritual figure,” the military analysts claimed, alleging that the Hamas leader, who “has become unpredictable”, is taking on the “characteristics of someone who believes that he was chosen to lead the Arabs in the world”, and is “chosen by God to fight for Jerusalem on behalf of the Muslims”.

If Israeli analysts paid closer attention, however, they would have concluded that Sinwar’s growing popularity, confidence and evolving language are all intrinsically linked to the events on the ground. Namely, Sinwar’s political discourse, as of that of other Palestinian leaders – including heads of the Fatah military groups and even some PA officials – are a reflection of popular events on the ground, not vice versa.

While Israelis continue to chase mirages and desperately try to decode messages, Palestinians feel, for the first time in many years, that they are able to influence political outcomes. A case in point was Israel’s decision to postpone the Flag March, scheduled to be held by Israeli extremists in Jerusalem on 20 April.

Palestinian messages are not only confined to Israel, however. The fact that the Gaza resistance has threatened to fire 1,111 rockets on Israel, should the latter carry on with its provocations in Al-Aqsa, was intended for a Palestinian audience. The operation, according to Gaza groups, will be called Abu Ammar – the nom de guerre of late Palestinian Fatah leader, Yasser Arafat. Abu Ammar died on November 11, 2004.

After years of political discord and disunity, there is evidence that Palestinians are finally uniting, the kind of unity that does not require high-level meetings in luxury hotels followed by press conferences and official statements. It is the unity of the Palestinian people themselves, around a set of values, a new language and a collective frame of reference. Deep down, this is what truly terrifies Israel most, not the speeches of Sinwar or any other.

The limits of Israeli Intelligence: Does Israel have a Yahya Sinwar problem?